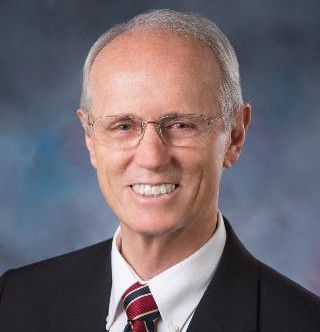 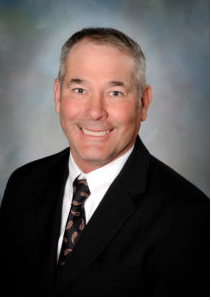 BOISE — More than 220,000 U.S. food producers had already filed for $2.8 billion in aid as of June 15 under a federal relief program for farmers and ranchers hurt by COVID-19, according to Farm Service Agency records.

The application deadline for the Coronavirus Food Assistance Program, which includes $16 billion in relief funds, is Aug. 28.

Furthermore, a Monday deadline is looming for producers and agricultural groups who wish to present new data as to why eligibility requirements should be expanded for their commodities. Idaho FSA Executive Director Tom Dayley said the national FSA office has received more than 400 requests for program revisions.

Some Idaho commodity leaders say there’s been confusion among farmers about the application process for the vital relief program, which continues to evolve and is structured somewhat differently than past programs.

Dayley said producers who have already submitted applications may always file amendments and request additional funds if the rules change in their favor. And though FSA worked quickly to roll out the program, Dayley emphasized the funding isn’t being allocated on a first-come, first-served basis.

“We’re trying to be as judicious as we can and trying to make sure the ones who need it most get it as fast as they can. ... The anticipation at this point in time is that we will have sufficient funds to meet the needs,” Dayley said. “People won’t be left in the cold if they didn’t get in quickly.”

The relief program encompasses $9.6 billion for direct relief to producers and $6.4 billion for assistance through the Commodity Credit Corporation. Producers seeking guidance on records they should have in order may call a toll free hotline at 877-508-8364. They may also visit farmers.gov for program information and answers to frequently asked questions.

Dayley explained the program has been opened to commodities that aren’t typically eligible for FSA programs. The agency is taking a conservative approach to distributing funds, initially sending producers just 80% of their eligible payments.

“As we move through the process, we can go back and give them the additional 20%,” Dayley said.

Newdale farmer Dwight Little, who serves on the National Barley Growers Association’s executive committee, has noted conflicting language regarding some commodities and sees several holes in the program’s coverage.

In the sheep category, Little pointed out only lambs and yearlings qualify for aid, while beef producers are compensated for mature cattle.

“We’ve been lobbying Congress and USDA to see if we can improve eligibility for some of these areas of malt barley,” Little said. “Most malt barley is almost a year out on contracts. (COVID-19) affected the 2020 contract price, which isn’t considered in this program.”

Furthermore, Little said specialty crops, such as potatoes, don’t qualify for price drops between Jan. 15 and April 15, a period during which spuds lost about half of their value.

Dayley confirmed data has been submitted by producers of barley and potatoes requesting program changes, and the Idaho Potato Commission is in the process of preparing additional information to submit to FSA.

Little said there will be no “solidarity” in the program until all of the changes are made.

“I’ve got my rough draft of what I think it should be, but I’ve been holding off to see if the changes affect the way I put my application in,” Little said.

Typically, Little said farmers with questions about an important, new program visit their local FSA office and work through the forms in person with a staff member. Offices are now closed to the public due to COVID-19.

“It leaves the producer more on his own,” Little said. “You can read the information and interpret it, but then maybe the individual producer’s interpretation might be different than FSA’s interpretation.”

Dayley said staff members are available for phone consultations and may even meet with producers outside of the office setting.

“It’s as frustrating for our employees as it is for farmers and ranchers that we can’t have that face to face,” Dayley said.

Dayley said the application form is just two pages long and has been “streamlined much more than some of our past experiences.” He said producers also aren’t being asked to “jump through as many hoops as they have in the past.”

FSA has waived the usual verification process, involving staff members certifying a producer’s crop reporting, harvest results, acreage and other farm-specific details. For the COVID-19 program, producers are being asked to self-certify. Dayley said FSA is accepting the data producers submit but is asking questions to make certain they don’t inadvertently make mistakes that could pose problems in future audits.

Little said the COVID-19 crisis has hurt producers of virtually every commodity. On a recent afternoon, Little saw a truck pull into his local gas station hauling a semi-load of top-quality Washington apples, filled loose and covered by a tarp. The driver explained there was no fresh market for them, so they were being sent to Virginia to make apple sauce. He invited Little to help himself to some bags of apples.

“It’s the time of year we’re putting a lot of inputs in the ground. If we’re short what the markets should have paid us — and maybe we have operating loans and we’re still depending on an income stream coming from crops and produce we haven’t sold — how do we pick up the shortfall?” Little asked. “These government programs help, but by no means do they cover all of the needs.

“We’ll lose some producers due to this. There will be no doubt about that.”