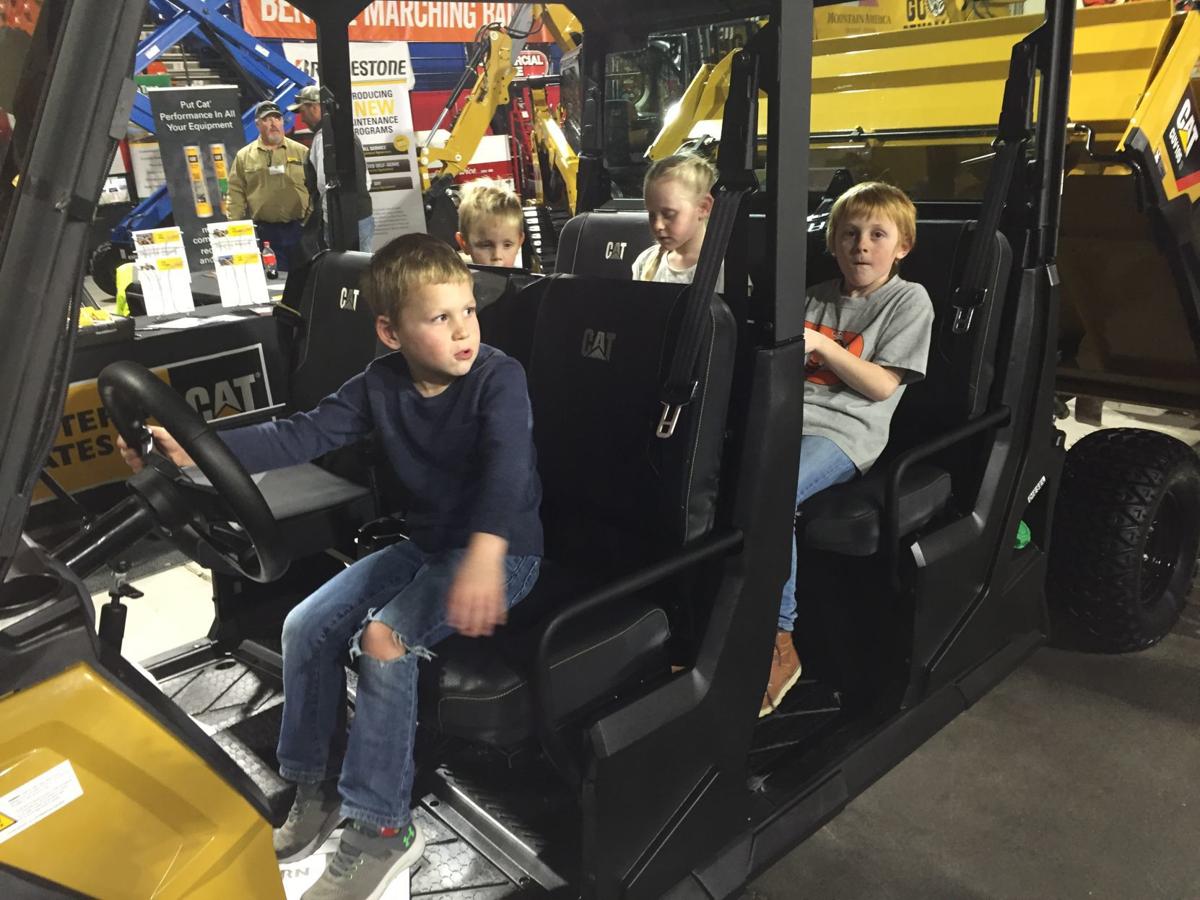 Visitors check out the latest in agricultural equipment on Tuesday afternoon at the 2020 Eastern Idaho Ag Expo at Idaho State University’s Holt Arena in Pocatello. The expo will continue on Wednesday and Thursday. 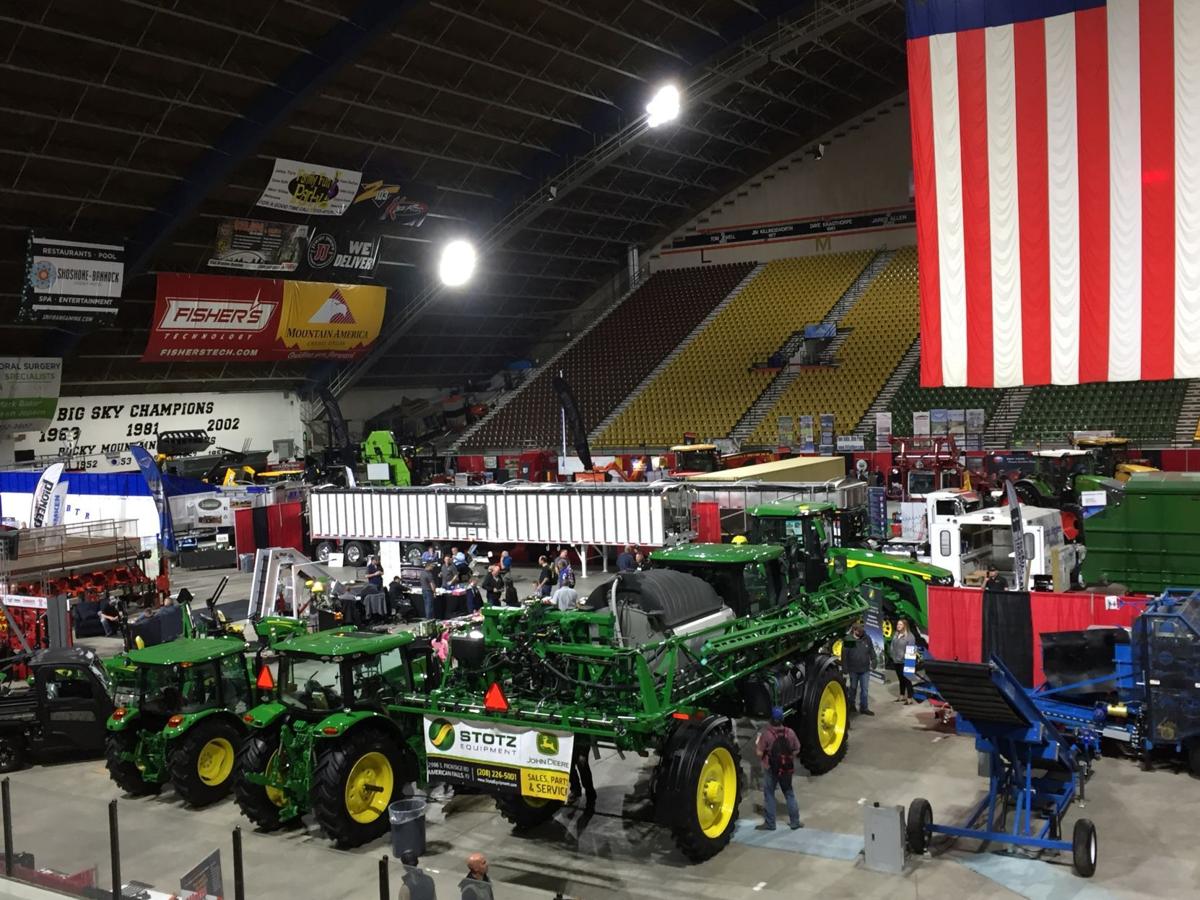 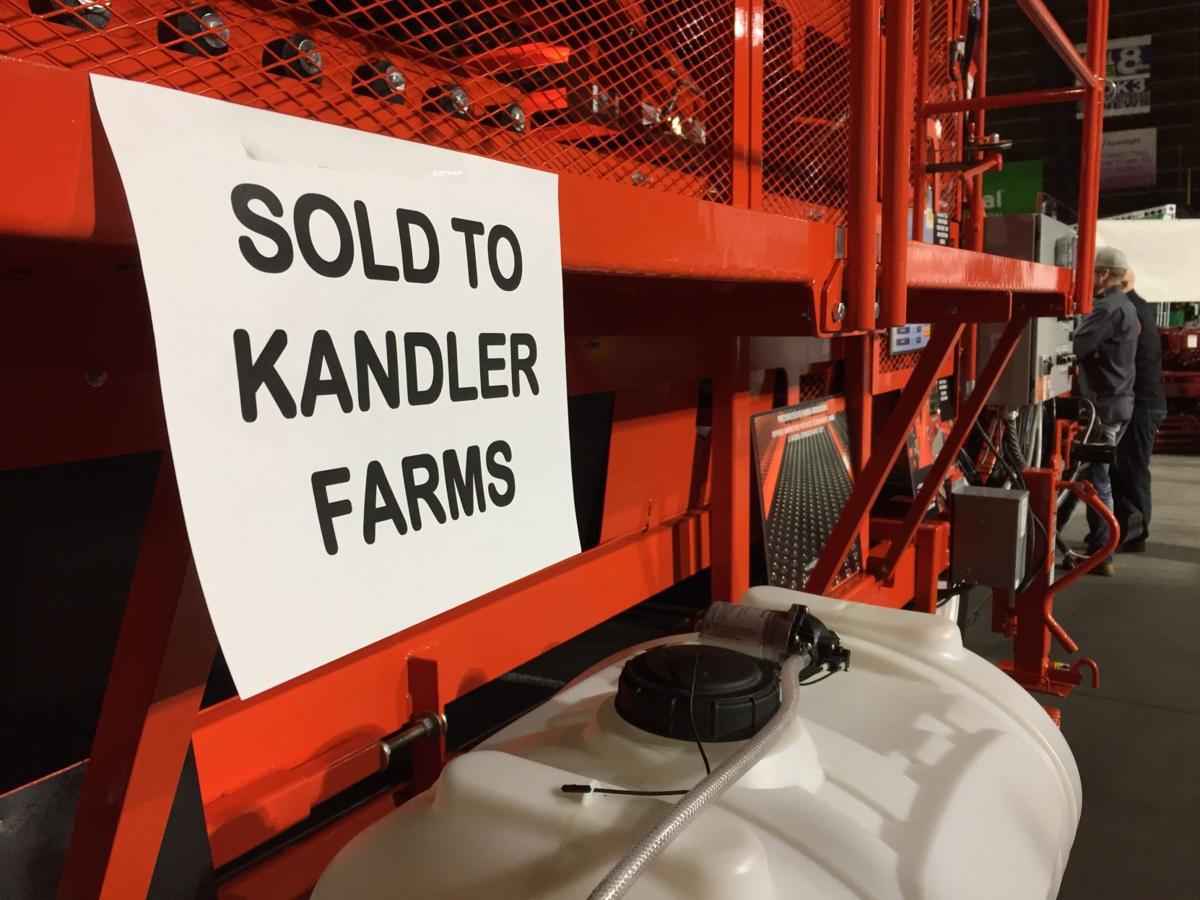 A piece of farm machinery purchased at the 2020 Eastern Idaho Ag Expo at Idaho State University’s Holt Arena in Pocatello.

Visitors check out the latest in agricultural equipment on Tuesday afternoon at the 2020 Eastern Idaho Ag Expo at Idaho State University’s Holt Arena in Pocatello. The expo will continue on Wednesday and Thursday.

A piece of farm machinery purchased at the 2020 Eastern Idaho Ag Expo at Idaho State University’s Holt Arena in Pocatello.

POCATELLO — Vendors at the Eastern Idaho Ag Expo said Idaho farmers are optimistic based on improved prices of a few key commodities, and they’re looking to upgrade equipment and procure new services.

The Ag Expo is hosted at Idaho State University’s Holt Arena from Jan. 21-23, in conjunction with the Idaho Potato Conference, hosted from Jan. 22-23 at the university’s Pond Student Union Building.

The vendors brought their latest technology, which is getting bigger, faster and more efficient. Most of them say their sales have been holding steady or are up significantly, as area farmers have finally caught a break with stronger potato, sugar beet and dairy prices.

“It’s been a very good year. We ride that wave with everybody,” said Shane Mitchell, marketing director with Blackfoot-based Milestone. “I would say the last two years (business has) been very good. The amount of people who feel comfortable with going ahead with the purchase, that’s been greater this year.”

Burley farmer Eric Searle brought his family to the expo’s opening day. He wasn’t looking to buy, explaining he had some “hiccups” in his operation caused by rental ground that didn’t pan out, but the improved crop prices should help him get his operation back on solid ground.

“I would say there’s definitely some optimism with the way potato prices are, and sugar prices are up,” Searle said, noting prices of wheat and beans have remained sluggish.

Richard Johnson, a Blackfoot farmer and regional sales manager for Lemken USA, brought a new machine to the expo designed to plow residue and plant a field in cover crops in a single pass, thereby cutting a step for farmers who typically use a fertilizer spreader to plant cover crop seeds after tilling.

Cover crops are planted solely to prevent erosion and benefit soil health, and they’re becoming increasingly popular in the region, especially among potato farmers who like cover crops with natural fumigation properties.

“The dairy prices are up; potato prices are up. There’s a lot more optimism,” Johnson said. “It’s going to make guys feel a little more confident they’re going to heal up a little bit. I think it’s going to be a good year.”

John Deere has a new combine with twin rotors, enabling farmers to harvest at a higher speed, said Clayton Eliason, a precision agriculture specialist with the company.

Case IH contractor Ron Blessing demonstrated the company’s new computer system, which enables a worker who enters the cab of a farm machine to press a button to implement personalized settings. Blessing said the company is even working to make the seat automatically adjust.

Blessing said equipment makers are pushing the envelope with machines that are bigger, have higher horsepower and cover more ground with less fuel. He believes the recent trade agreement with China, coupled with improved dairy and potato prices, bode well for Idaho agriculture.

Dan Piquet, with the Heyburn-based potato harvesting equipment manufacturer Double L, said the industry’s trend is for machinery that works faster and handles more volume. His company’s equipment has more sensors than ever before and new technology designed to allow farmers to harvest at a faster speed without their machines rocking.

Comfort is also a consideration for equipment deals. Western States Caterpillar brought a new skid-steer loader, fitted with an attachment for removing rocks from fields. Sales representative Jerad Childers explained it has increased leg room, is designed to be more stable and has a door that swings further open.

“It seems like (farmers) are making a little more and they’re willing to spend a little more, so it’s headed in a good direction,” Childers said.

Bill Nice, territory manager for FEI, was promoting the new DURA-ABS automated direct injection system, which allows farmers to pump several different fertilizers and chemicals into their tanks at once rather than individually, and with greater precision. He knows of a farmer who once spent 45 minutes pumping chemicals who can now do the task in 15 minutes.

“It’s remarkable how much time you can save in the field,” Nice said.

About 200 vendors participated in the expo and a trade show at the potato conference, hosted by Spectra Productions.

Carla Armentrout, with Spectra, said the events are fully booked, and about 90 percent of the vendors return from one year to the next.

“We always have a pretty good waiting list and maybe up to 50 or so vendors trying to make it that don’t get in,” Armentrout said.