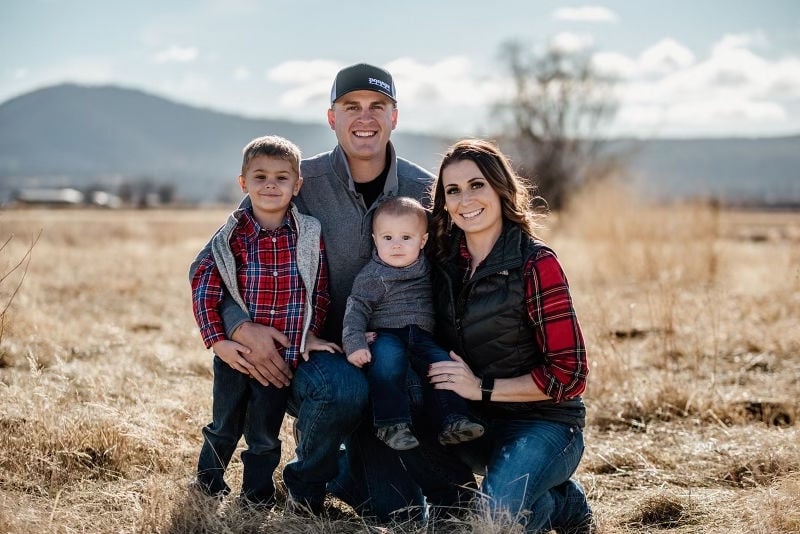 Cory and Jordan Dodson pose with their sons Keegan, 4, and Dillon, 1, on the family farm. 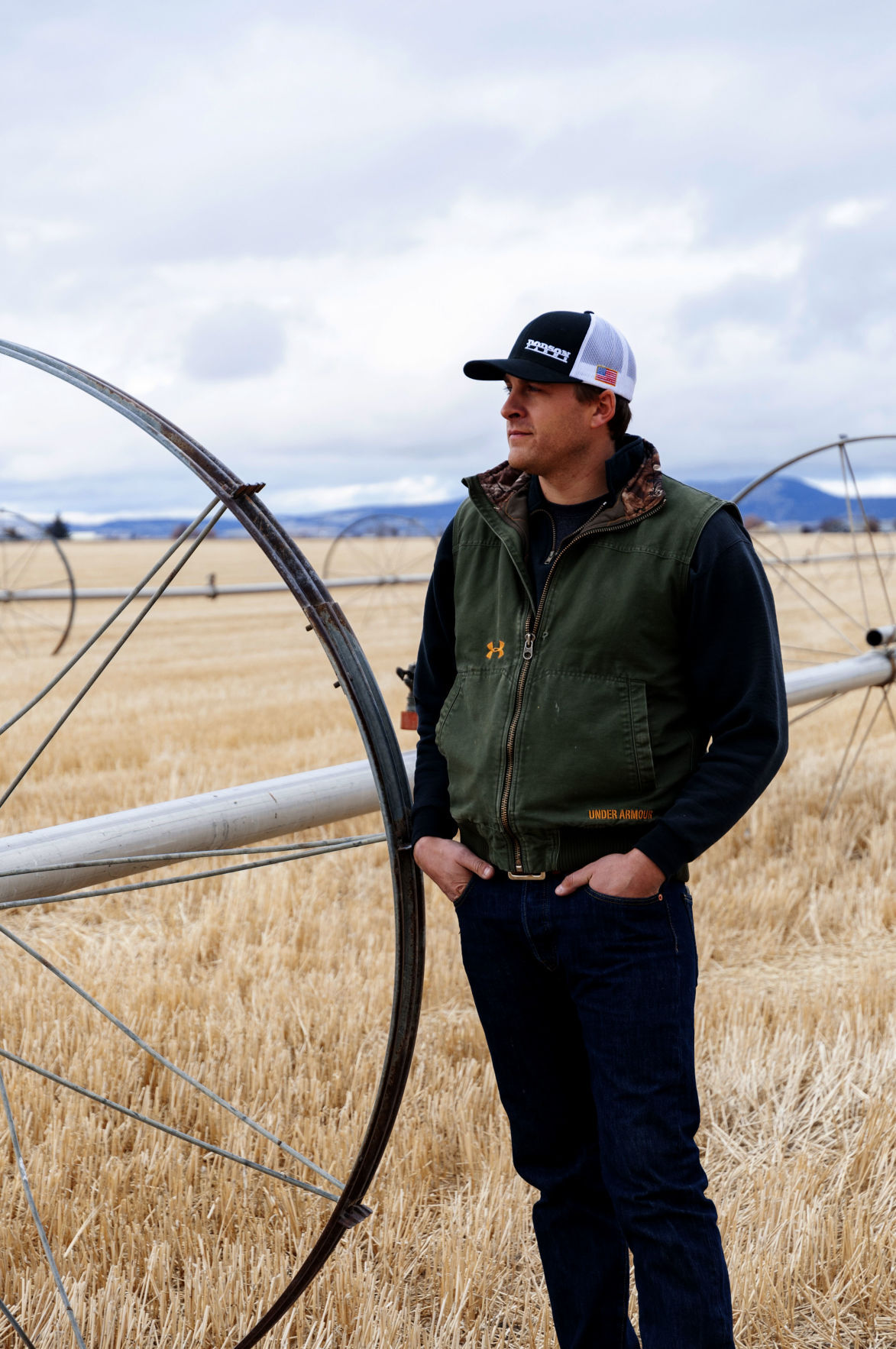 Cory Dodson’s farm near Tulelake is dependent on water from the Klamath Project. In recent years, that water has been undependable.

Cory and Jordan Dodson pose with their sons Keegan, 4, and Dillon, 1, on the family farm.

Cory Dodson’s farm near Tulelake is dependent on water from the Klamath Project. In recent years, that water has been undependable.

KLAMATH FALLS, Oregon — As the Klamath Basin’s water crisis continues to fester without a long-term solution, irrigators tend to harken back to the days before the 2001 water shutoff, when irrigation seasons were more or less normal and Basin farming wasn’t punctuated with a question mark.

Now, water is no longer a given — it’s the watershed’s most sought after resource.

Cody Dodson, who grows about 600 acres of alfalfa and barley near Newell, has only experienced a basin unsettled. He started farming full-time in 2009 when he was just 19. By that time, litigation and failed agreements had already plagued tribes, fishermen and farmers for years. He can’t recall an irrigation season when he got 100% of the water he was supposed to.

“I know nothing of the good days they talk about,” he said.

Though Dodson was born in Klamath Falls, he and his mother moved around frequently during his childhood. He wasn’t around for the chaos of 2001 and did not witness the Bucket Brigade symbolically transferring water into the A Canal. He returned to the Basin for good in seventh grade.

“And then my mom met a farmer,” he said.

That farmer was Frank Prosser, son of bucket brigader Jess Prosser, who filled the first bucket from Lake Ewauna nearly 20 years ago.

Dodson moved to Tulelake as a junior in high school without any farming experience. Prosser, having no kids of his own, taught his stepson the ropes. Dodson calls himself a first-generation farmer by blood, but third-generation by marriage.

“As soon as we got here, it was the best thing ever,” Dodson said.

Having always been fascinated by driving, getting behind the wheel of the farm machinery was a highlight. Some of his first memories on the farm were helping his dad drive a tractor.

Frank’s father Jess Prosser had homesteaded on the southeastern bed of old Tule Lake in the 1940s after returning from World War II. After expanding the farming operation, his sons managed the operation until Dodson eventually became a full-time farmer with his wife, Jordan, in 2009.

Now the Dodsons farm about 310 acres of alfalfa and 36 acres of grain. They also custom farm an additional 268 acres of alfalfa for other growers in the area, meaning that those growers raise and water the crop while Dodson harvests, stores and sells it at a per ton cost. It’s a way for farmers to grow a crop without having to pay for the expensive equipment and labor required to get it out of the ground.

The barley gets sold to the Newell Grain Growers Association, with much of it going to an alehouse on the West Coast. The alfalfa gets split between livestock operations in California and overseas markets.

Dodson’s current home is sandwiched between his uncle and his dad’s, and he acts as the main laborer for all three farms. That means communicating with farmhands and applying new techniques during the growing season.

Under a gray winter sky, Dodson’s fields and wheel lines lay dormant, Castle Rock looming in the background. With no crops to take care of, Dodson said this time of year is about “scheming” for the upcoming growing season — and praying for snow.

During the winter, Dodson meets with his agronomist to review soil samples, and he checks out potential land for expanding the farm. But what really consumes him is anxiety about enough water entering the system come spring. He checks the Natural Resources Conservation Services snowpack levels on his phone daily, and tends to sleep better at night when winter storms are raging outside his windows.

“Right now, I would be worried about whether I’m going to get to farm,” he said. “It’s on my mind every single day, which is not how it should be.”

Winters, while normally lengthy breaks for farmers, have become a time of advocacy for Basin irrigators. Dodson said he’s spending this time learning more about the complexities and histories surrounding water here.

“Now is our time to be political, to get our voices heard,” he said. “And trying to figure out ways to make this whole thing better.”

Just starting his farm in 2009, Dodson wasn’t involved in the Klamath Basin Restoration Agreement negotiations that peppered the late 2000s and early 2010s. But he hopes his generation of stakeholders can come back to the table to talk lasting solutions, unburdened by the grudges of the past.

“I’m hoping that there can be a good connection made there outside of a courtroom,” he said. “Ever since I’ve started farming, we’ve been in litigation.”

Winter also brings a time of reflection on the previous year’s growing season. For Dodson, 2020 was anything but boring. From drama with the Bureau of Reclamation’s allocation to the Klamath Project in the spring to the COVID-19 pandemic and some of the Klamath Basin’s smokiest days in recorded history, even the crops themselves were likely happy to see 2020 disappear into history.

Row croppers growing potatoes and onions were the hardest hit by last year’s water shortage, but Dodson still had to make some tough decisions to figure out how to squeeze the most out of what little water he had to work with.

“This summer was wild. It was nuts,” Dodson said. “We just started off wrong, and it kind of just kept snowballing. It snowballed with no snow.”