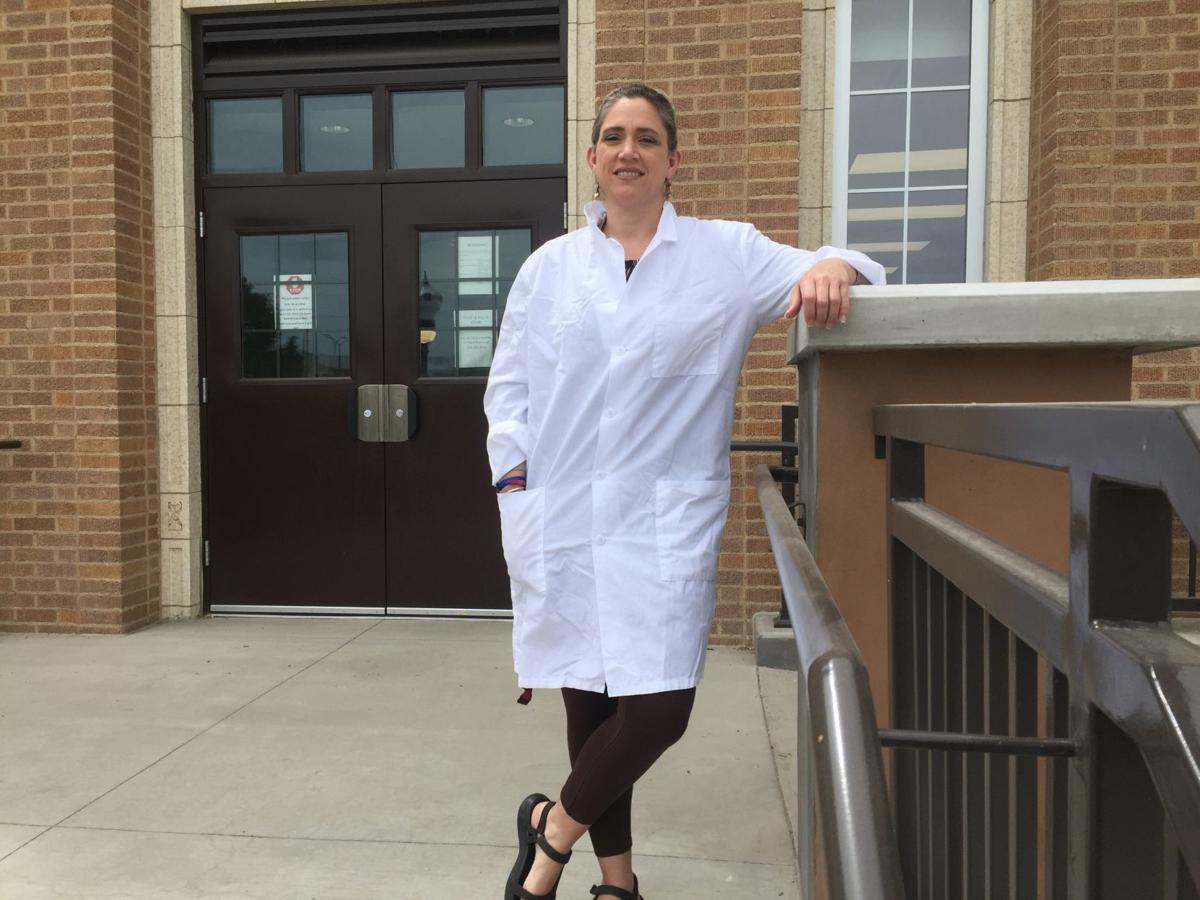 Pocatello High School science teacher Maygan Layson is teaching a new class that challenges students to conduct their own research projects to fight antibiotic resistance. ON Semiconductor awarded a $46,000 grant in support of the class. 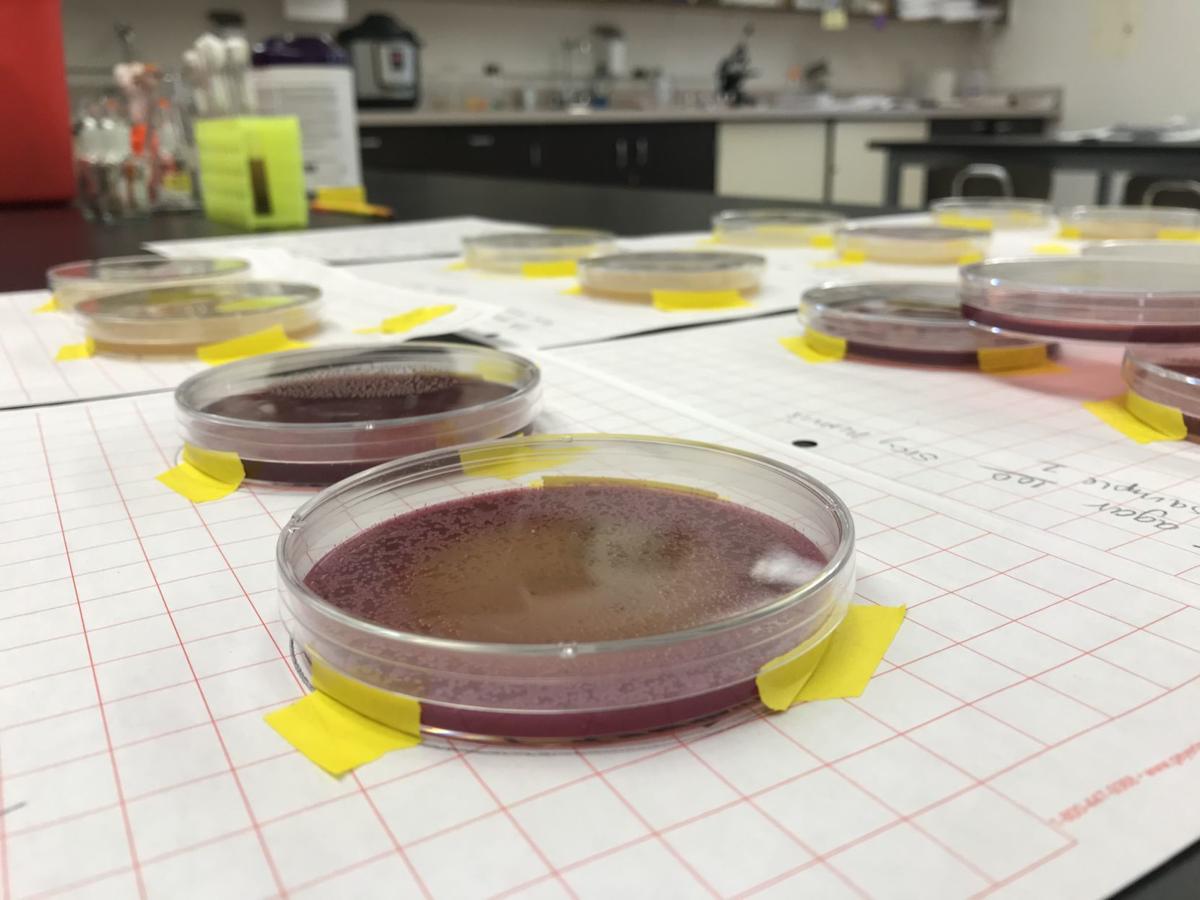 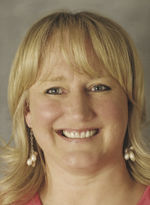 Pocatello High School science teacher Maygan Layson is teaching a new class that challenges students to conduct their own research projects to fight antibiotic resistance. ON Semiconductor awarded a $46,000 grant in support of the class.

PHS was one of just two high schools and 23 colleges from throughout the world chosen during the 2019-2020 school year to start new Small World Initiative programs.

The initiative tasks high school students and college undergraduates with conducting antibiotic research, thereby exposing them to careers in science while they take on the mounting threat of resistant bacteria. It’s a problem Layson said pharmaceutical companies have been reluctant to prioritize. Furthermore, she explained there’s growing evidence that antibiotic use in food and dairy animals is contributing to the emergence of resistant bacteria, which can spread to humans.

ON Semiconductor made the high school’s participation feasible by awarding PHS a $46,000 grant, officials with Pocatello-Chubbuck School District 25 announced on Wednesday.

In support of the initiative, Layson launched a new microbiology research class based in a designated PHS laboratory in the fall of 2019. Students are turned loose to conduct their own research projects related to antibiotics, under Layson’s guidance.

“I basically teach them the procedures to do their own research once they figure out how to grow bacteria,” Layson said.

The ON grant will buy materials and equipment — including a freezer that cools samples to minus 80 degrees — to culture and store bacteria from soil samples. The aim is to isolate soil-borne bacteria that naturally produce their own antibiotics for protection against other pathogens.

The naturally occurring antibiotics will be tested against harmless cousins of deadly pathogens.

Promising samples will be sent to another organization for comparison against known antibiotics and could eventually be tested on humans in pharmaceutical trials.

PHS handpicked 55 top students to take the class. There’s a waiting list of 45 more students who would like to take the full course next school year.

PHS junior Izaiah Dustin had access to soil samples from throughout Idaho thanks to his father, who travels the state as a truck driver for Franklin Building Supply.

In addition to the samples his father collected, Dustin’s grandfather also mailed him a sample.

Dustin was hooked on scientific research from the moment that he confirmed the existence of a naturally occurring antibiotic from a soil sample his dad collected in the Preston area.

“It was the only thing I could talk about for days,” Dustin said. “I was astounded by it.”

He’d like to find an Idaho State University microbiologist to help him evaluate his sample further.

Dustin said the class has opened his eyes to pursuing a career in science.

“You’re actually working in a lab and it’s active. It’s hands on instead of learning about it in textbooks,” Dustin said.

In addition to recruiting future scientists and aiding in the search for new antibiotics, Dustin believes the class and the broader Small World Initiative educate the public about the need to change behaviors to stave off the continued development of antibiotic resistance.

Sophomore Sky Morris learned through the class about the widespread use of antibiotics in the dairy industry and chose to evaluate bacteria samples cultured from milk for resistance against eight common antibiotics.

Morris said milk she purchased at Walmart harbored bacteria that resisted four of those antibiotics. She developed her work into a science fair project that claimed five awards, including the Office of Naval Research Naval Science Award and first place for outstanding research project from the Eastern Idaho Science Fair.

“I think the class is so cool because it gave us hands-on experience and really taught us how to be scientists in general,” Morris said. “I would definitely love to continue this work after high school.”

Morris was surprised to discover bacteria cultured from certified organic milk she tested was also resistant to antibiotics. She plans to take the PHS microbiology class again next school year to study organic milk in more depth.

“I think it’s important that people know what’s in their milk,” Morris said. “Their gut bacteria are getting used to what they’re drinking.”

The new course has also provided a pathway for the teacher to make good on some long-held career goals. In college, Layson had to make a tough choice between furthering her personal interest in antibiotic research or becoming an educator.

“For this to fall in my lap is a professional dream come true,” Layson said. “It’s the best of both worlds for me.”

To evidence the importance of their work, Layson assigned her class to pore through 2017 digital health records from throughout the world and tabulate the number of deaths resulting from the top 17 antibiotic-resistant diseases.

According to the class’s calculations 2.2 million people died worldwide from those diseases during the year.

According to the Small World Initiative, superbugs will kill more people than cancer and diabetes combined by 2050 if significant action isn’t taken.

“Pharmaceutical companies have shifted away from developing new antibiotics in favor of more profitable ventures even as the United Nations calls antimicrobial resistance the greatest and most urgent global risk of our time,” the Small World Initiative posted on its website, http://www.smallworldinitiative.org/.

PHS Principal Lisa Delonas learned about the looming health care challenge while attending a TEDx talk in Idaho Falls during the spring of 2019, featuring a university researcher involved in the initiative.

“I went up to him and said, ‘Hey, I’m a high school principal. How do I become a part of this?’” Delonas said.

In her school’s application to participate, Delonas emphasized to the initiative that Southeast Idaho has access to a wide range of soil types, including unique volcanic soils at Craters of the Moon National Monument. The estimated $62,000 cost of running a lab presented the greatest stumbling block: Her entire annual instructional budget for science classes is $4,000.

Fortunately, ON Semiconductor — which was a major sponsor of the Idaho Falls TEDx event — came through with a $46,000 grant.

“With fewer than 40 percent of students currently intending to major in STEAM fields, we understand the need for and are happy to help provide relevant and engaging learning opportunities for these potential future scientists,” Ryan Cameron, ON’s vice president and general manager of industrial and offline power, said in a press release.

To stretch ON’s contribution, Delonas and her staff have come up with a host of creative substitutes for lab equipment and supplies that can be had for a fraction of the cost. In lieu of buying a $10,000 laboratory autoclave, Delonas explained the program purchased three culinary hot pots to sterilize its tools and materials. They’re making their own sanitizer rather than buying costly laboratory cleaning products. They tape clear Petri dishes to graph paper to help students record locations of specific bacteria colonies being cultured.

Delonas said it will still cost approximately $150 per student to purchase laboratory materials, which could limit enrollment in the class. She’s been speaking to the memberships of local clubs and civic organizations to lay the groundwork for future donations.

“What a great opportunity for our kids to discover the next great antibiotic out of Pocatello, Idaho,” Delonas said.