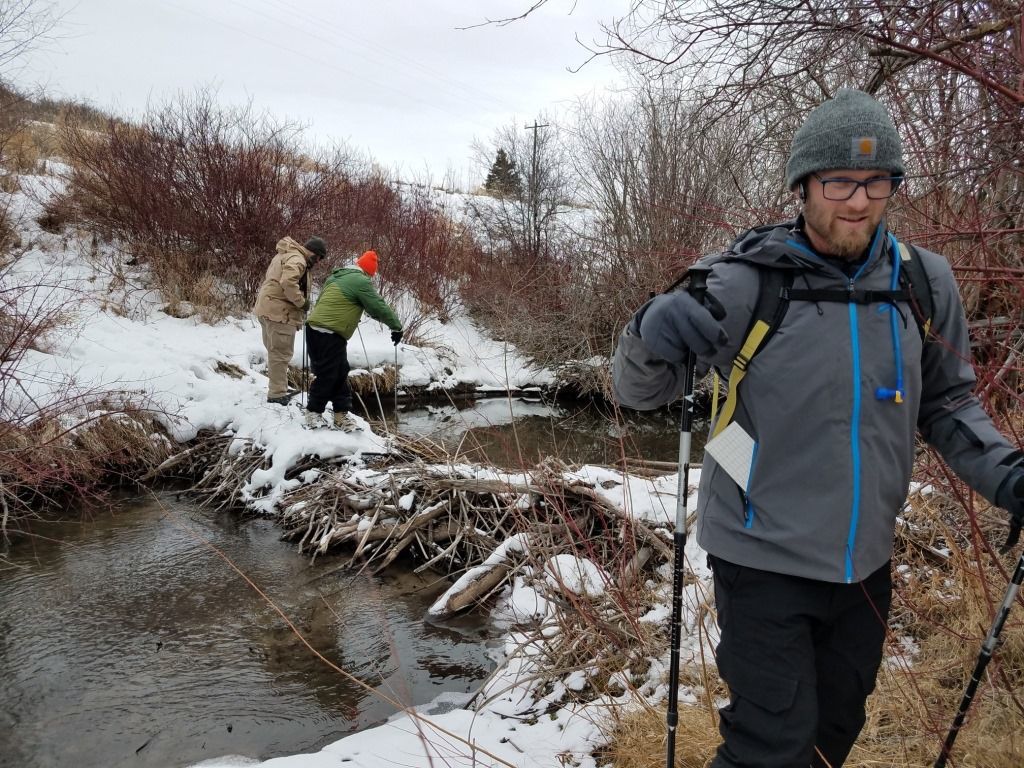 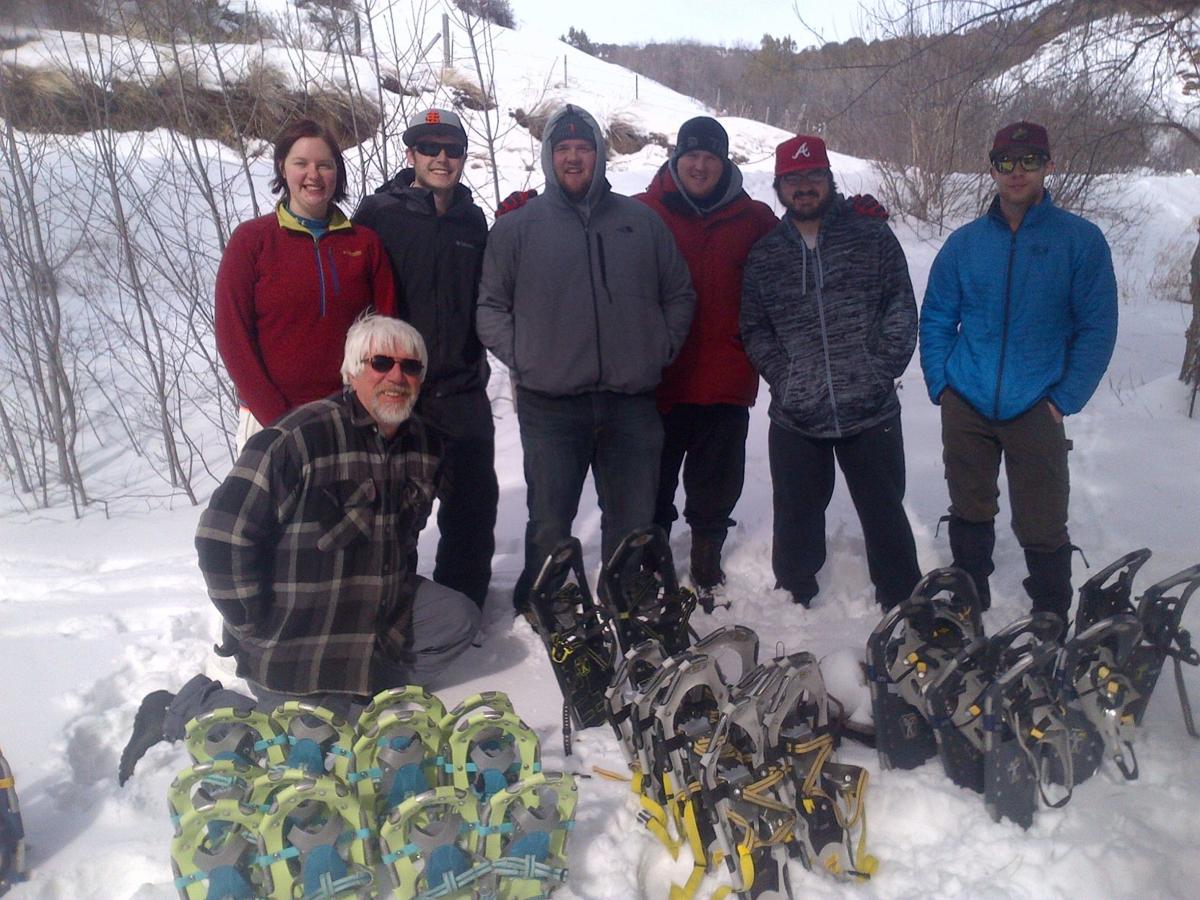 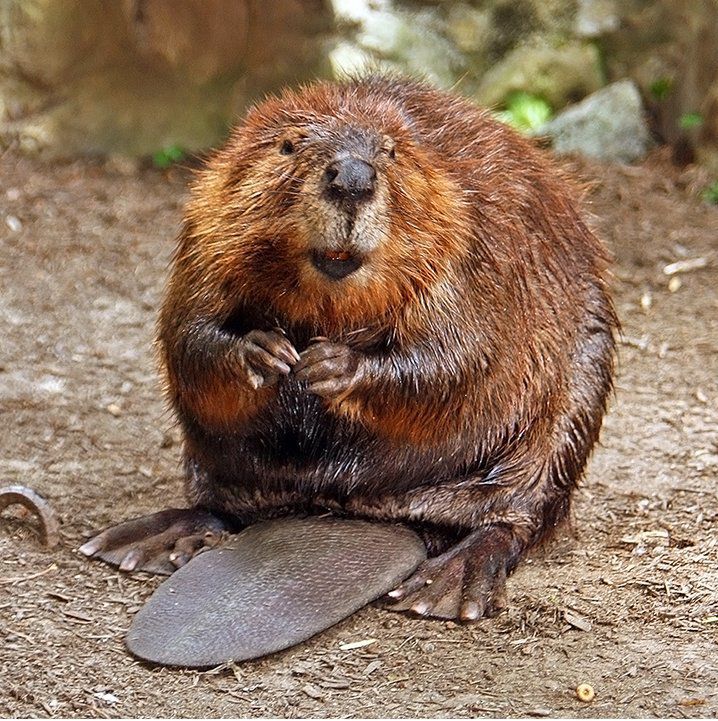 Volunteers participated in counting beavers in the Mink Creek area near Pocatello during the ninth annual BeaverCount on Saturday.

Volunteers participated in counting beavers in the Mink Creek area near Pocatello during the ninth annual BeaverCount on Saturday.

POCATELLO — The East Fork of Mink Creek was a haven for wildlife — with 23 beaver dams creating prime riparian habitat — when Mike Settell was researching it for his master’s thesis in 2007.

Settell, who was a student in Idaho State University’s College of Engineering, was developing a model to predict how much fine sediment a series of beaver ponds can trap over time.

When he returned to East Fork a few years later, beaver activity had all but ceased, prompting Settell to take action, striving to raise awareness about an apparent decline in the area’s beaver population.

The local nonprofit organization he formed, Watershed Guardians, has conducted an annual BeaverCount in the Mink Creek watershed since 2012, with the 2020 count hosted on Feb. 8. The count’s aim is to influence wildlife managers to implement beaver-friendly policies and educate a public that increasingly views beavers as a nuisance species.

“I thought it was such a cool spot,” Settell said of East Fork. “I went back after a couple of years and they were almost completely gone.”

Based on results of his counts, Settell believes beaver in the Mink Creek drainage are in trouble due to trapping and illegal shootings. Officials with the Idaho Department of Fish and Game and the Idaho Trappers Association, however, argue other factors are more likely affecting Mink Creek beavers, such as disease or habitat degradation.

“It bothers me that the scapegoat is they must have been illegally trapped out of there if they’ve disappeared,” said Rusty Kramer, of Fairfield, who is president of the Idaho Trappers Association.

In Kramer’s experience, recreational trapping “skims off the top” of overly dense beaver populations. He’s found that left unchecked, huge beaver populations tend to crash to nothing due to the spread of diseases or pressure on resources.

Settell, however, has seen no science to support Kramer’s observations.

“Disease is often uses as a scapegoat for beaver loss, but no shred of peer-reviewed data has been provided associating it with decline in beaver,” Settell said.

On Feb. 1, 27 local Watershed Guardians volunteers underwent training in identifying so-called activity clusters — comprising a series of step pools upstream and downstream of an inhabited lodge. Volunteers are tested for their snowshoeing abilities and then assigned to survey specific zones of the watershed, categorized by level of difficulty.

Throughout the day of the BeaverCount, group members cover 35 linear miles of streams, including 18 miles of Mink Creek. They’ve stopped surveying East Fork and West Fork, which no longer support beavers.

At the peak of the count in 2013, Watershed Guardians identified 22 activity clusters in the drainage. The last count confirmed just seven clusters, and Settell anticipates this year’s results, once volunteers’ reports are evaluated, will come back either the same or slightly lower.

“We’ve got to educate people about how vulnerable they are, and at the same time how important they are in maintaining the quality and quantity of water in the basin,” Settell said.

Zach Lockyer, an IDFG regional wildlife manager, said his department has conducted its own beaver count every other year since 2013. Lockyer said the IDFG count has confirmed a modest decline in beaver numbers throughout the entire watershed.

“My assessment is that beaver abundance is not as high as it could be,” Lockyer said.

Lockyer said beavers had disappeared from both East Fork and West Fork by 2015, prompting the department to close both areas to trapping. Since then, no beavers have returned, which leads him to believe trapping isn’t behind the decline.

Settell said in response, “West Fork and East Fork have perfect habitat for beaver. They are simply not there.”

The trapping season in Mink Creek runs from Oct. 22 through April 15. Generally, Idaho doesn’t impose a harvest quota on trapping. Mink Creek, however, is a controlled trapping unit. Lockyer said the department had allowed as many as 25 beaver to be harvested from the Mink Creek area back in 1970, and it was completely closed to trapping from 1998 through 2007.

Trapping resumed with a single winner of a drawing allowed to harvest up to 10 beavers in a season. The quota was reduced to five beaver prior to the 2016 season — a limit Lockyer considers to be conservative. While the department has heard reports from Settell of illegal beaver shootings, Lockyer said IDFG has documented little to no evidence of illegal harvests.

“We don’t see evidence that harvest, whether it’s illegal or legal, is the reason (for declining beaver activity),” Lockyer said.

Settell said he’s reported cases of beaver shootings to IDFG and Citizens Against Poaching, but the reports always seem to “fall in a black hole.”

Lockyer acknowledges there’s been a “recognition of the value beaver can provide to riparian ecosystems” among wildlife managers throughout the past several years.

A couple of years ago, IDFG partnered with Utah State University to develop a model to identify areas that would be well suited for riparian restoration. Lockyer said artificially mimicking beaver activity or reintroducing beavers may prove to be good options in East Fork and West Fork, depending on what the model finds.

Beaver are considered a keystone species, meaning they support other life. In fact, about half of North America’s threatened or endangered species rely on beaver wetlands, according to the Association for the Protection of Fur-bearing Animals.

“Literally hundreds of species of fish, amphibians, mammals and birds depend on that habitat created by beaver,” Settell said. “There’s no other animal like that.”

Settell’s own master’s thesis concluded beaver ponds can purify water by trapping 1 to 2 tons per kilometer of sediment.

But Settell believes some property owners within the Mink Creek drainage have become frustrated by beavers that have destroyed their trees, plugged culverts and irrigation diversions, hindered the flow of irrigation water and expanded riparian areas within floodplains where structures have been built.

Settell contends today’s trappers are motivated less by sport than bounties from groups of water users.

Seeking to cooperate with irrigators, Watershed Guardians has helped install several BeaverDeceivers, which are special screens that prevent the semiaquatic rodents from blocking culverts or head gates with their activity.

Settell believes another major benefit of his group’s count is that the training educates the public and creates new advocates for beavers. Throughout the years, 272 volunteers have gone through the training. In addition to learning about beavers and signs of their activity, the training also includes presentations from ISU experts on a host of subject matters related to the outdoors, such as wilderness survival.

Kramer is the water master of Water District 37B, and he personally knows how tough it is for flood irrigators to keep head gates clear when beavers are active in the area. But he also acknowledges the importance of beavers to the environment. That’s why he’s devoted himself for the past 30 years to live trapping and relocating problem beavers to other areas.

In the wrong locations, Kramer said beavers can block culverts and destroy sections of road or “bankrupt a farmer who can’t get water out of his ditches.”

Kramer has made good money trapping and relocating beavers for homeowners associations and road departments, and then selling them to the U.S. Forest Service to support reintroduction efforts. He often uses special depredation trapping permits to carry out his work in the summer, outside of the normal trapping season.

“One thing where Watershed Guardians is correct is beaver in the right locations do help the watershed,” Kramer said.