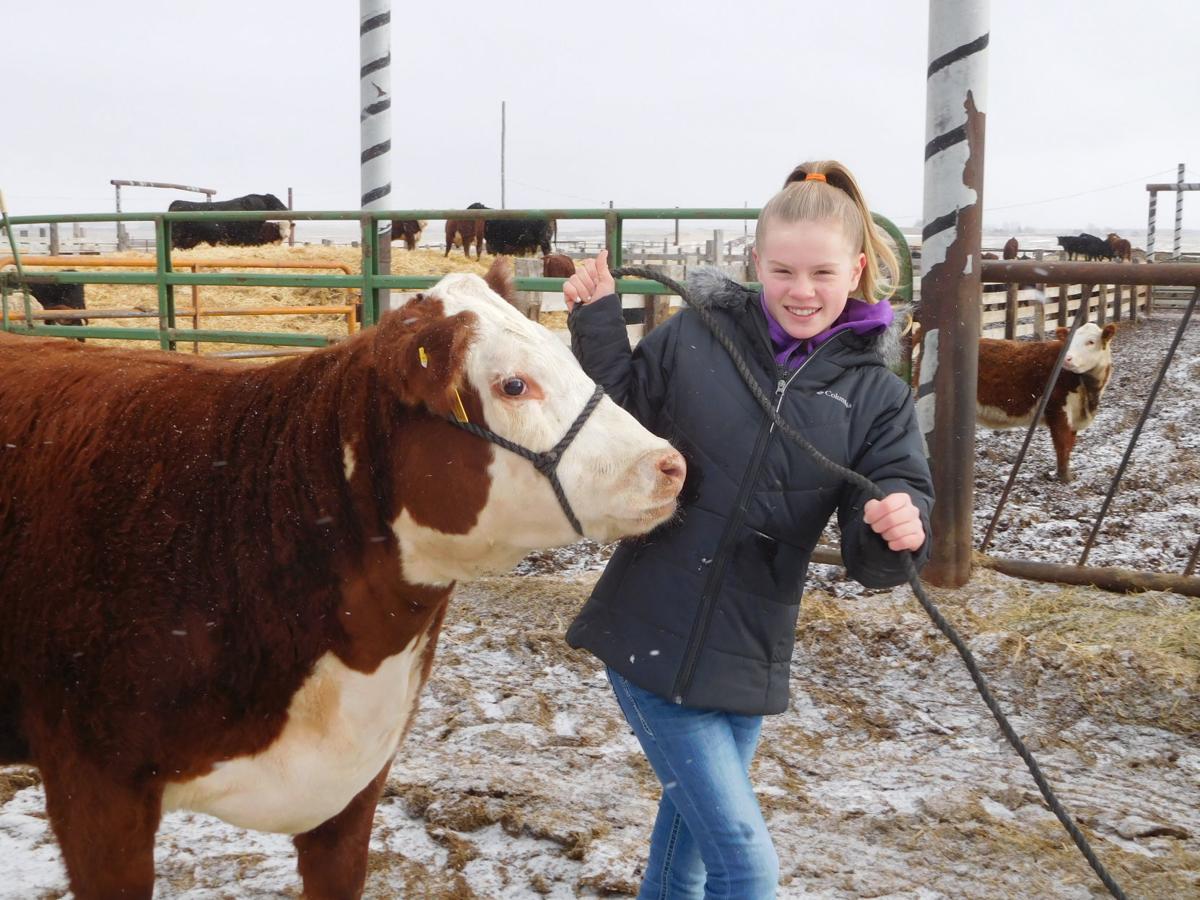 Tymber Billman is among the fifth generation of her family to show registered Hereford and Angus cattle, a legacy that began with her great-great grandfather, Zeke Ward, who homesteaded in the Green Canyon area east of Rexburg and helped introduce purebred Hereford cattle to east Idaho. 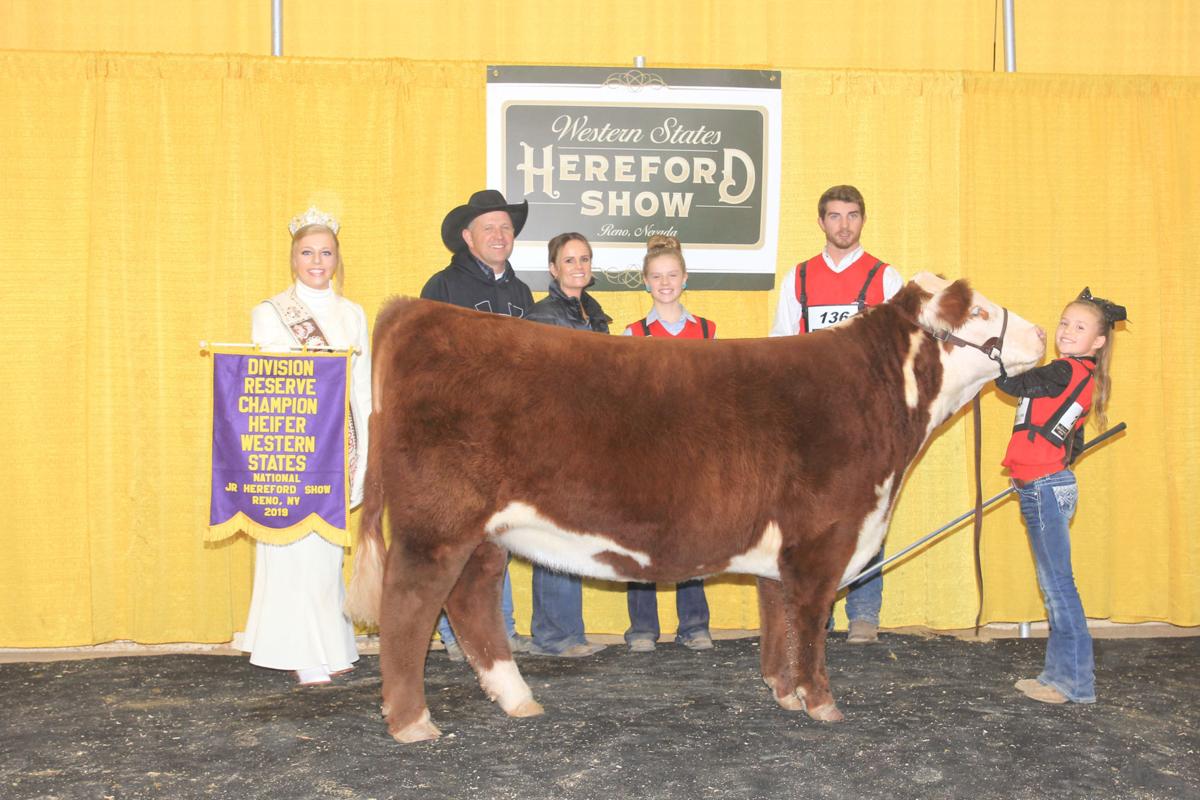 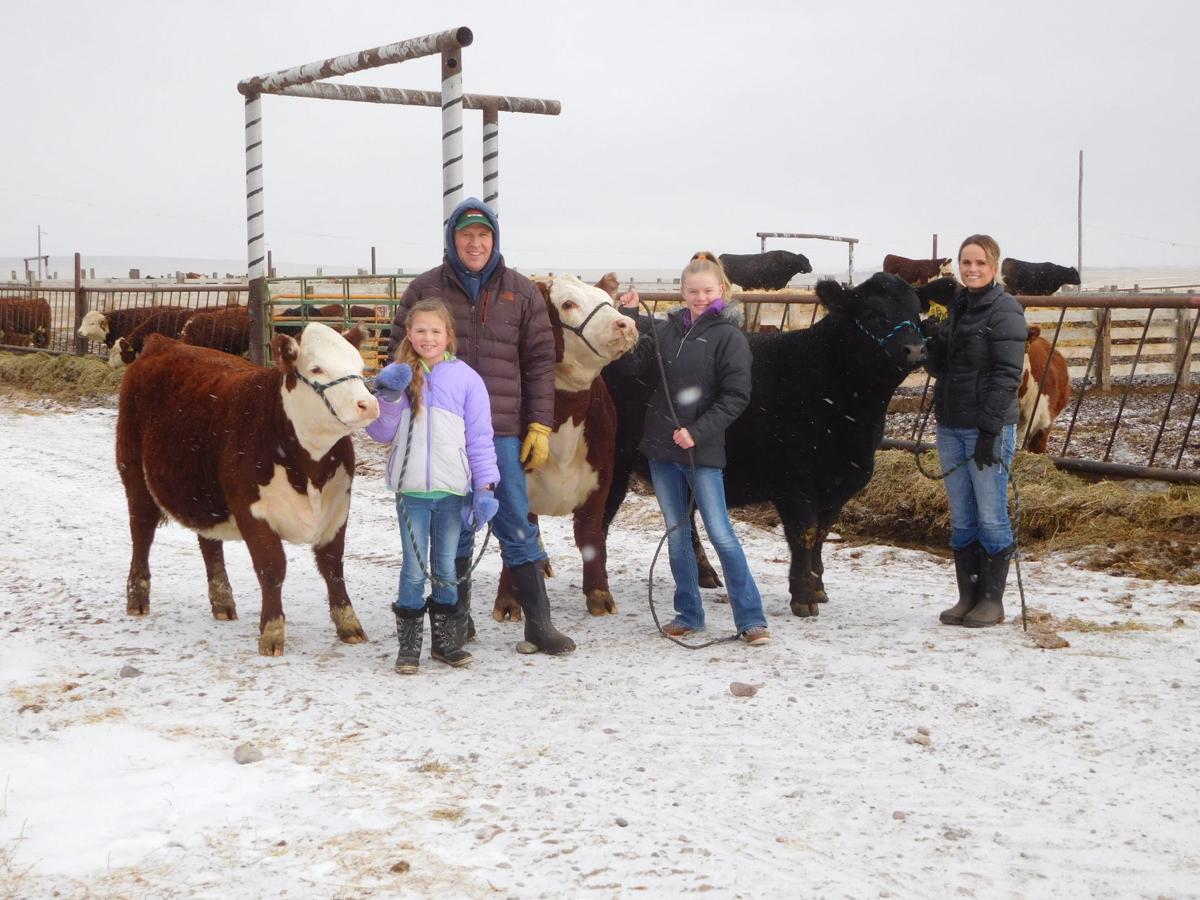 Tymber Billman is among the fifth generation of her family to show registered Hereford and Angus cattle, a legacy that began with her great-great grandfather, Zeke Ward, who homesteaded in the Green Canyon area east of Rexburg and helped introduce purebred Hereford cattle to east Idaho.

BLACKFOOT — The local ranching family that runs Wooden Shoe Farms plans to enter their top bulls in the Super Bowl of livestock events, raising awareness about the elite genetics in their herd.

Twenty-two breeds of cattle from throughout America will converge in Denver Jan. 11-26 for the 16-day National Western Stock Show. Hereford and Angus bulls owned by the Blackfoot ranch will be among an estimated 20,000 entries vying for awards and distinction.

The Wards have been raising and showing registered Herefords for 75 years and registered Angus for about 50 years, with Neal and Shelly’s grandchildren the fifth generation to lead winning stock into the ring. The American Hereford Association honored Neal and Shelly with the prestigious Golden Breeder Award at their convention last fall, recognizing their more than 50 years in the business.

Showing cattle at major Hereford and Angus breed shows provides national and international exposure for their program, which supplies bulls, females, embryos and semen for registered and commercial cattle operators.

“In the purebred cattle business, you’re either leading or following,” says Neal. “Your genetics are either superior or lacking. We want to be superior. In the ring, that judge is looking at the individual, which is the appearance of the genetics. Do they represent what the market wants? Buyers get an idea of our quality and come around to ask questions. The strengths in the ring and on paper have to translate into performance. That’s the bottom line.”

Alicia agrees: “We have bulls all over the U.S. and in Australia and Canada. Our cattle have won a lot at big shows, in strong competition. That recognition is important advertising for us. When those bulls and their sons and daughters produce great cattle for customers that’s the return on their investment.”

Neal says, “These are indicators of how that animal’s offspring will perform. We are out there every day looking at individuals, then look at the paperwork. We want animals that are thick, wide and deep and carry carcass values — steers that will grade 96% or more choice, have 14- to 16-inch rib eyes, and have the tenderness and marbling that the market demands.”

Western production systems also challenge cattle to be durable enough to cover miles of rough range terrain, and for cows to raise “growthy” calves with a minimum of intervention, while breeding back efficiently.

“They have usually done some research,” he says. “They look at the individuals, genetics, all the data and carcass values. They have to justify the expense, just like we do.”

There are more than 70 recognized cattle breeds in the United States, but fewer than 20 make up the majority of the genetics utilized in commercial beef production. Profit margins are tight, so both commercial and purebred cattlemen look for animals capable of adding value to the herd by influencing economically important measures such as efficiency, maternal traits and growth.

In mid-December, 12 head of Wooden Shoe Farms bulls and females competed at the Western National Hereford Show in Reno, Nevada.

“It’s expensive advertising,” Neal acknowledges, estimating it costs $2,000 per head to take cattle to a premier multi-day registered show. “There’s a lot of work and commitment long before they get in the trailer. Showing any kind of animal, you know the best one doesn’t always win, but you get examples of your program out in the public.”

Being progressive means continually evaluating their bull and female power, and adding qualities and traits from individuals purchased from other breeders and at big events, including the National Western Stock Show. Most of the farm’s cattle are sold through at their spring and fall sales, or by private treaty. If they see a potential market niche, they occasionally selectively cross outside Hereford or Angus bloodlines.

“We really emphasize the mothers behind these bulls and our female lines,” says Neal. “Maternal values translate into performance in the production herd; the ability to produce the kind of cattle that meet today’s market and consumer. If we win someplace with a cow-calf pair, it’s really satisfying. You see her, and her calf — the proof.”

Neal says his family is aware they’re not a buyer’s only choice and that they have to earn business, but they believe they have some of the best animals available.

“Purebred breeders are also like a big family. We help each other,” Neal adds.

“If I can’t give a customer what he needs, I refer him to someone else, and vice versa. We push each other to raise better cattle. That’s what the industry needs.”