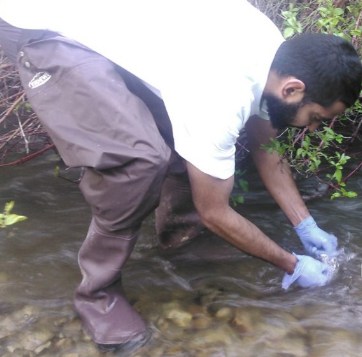 University of Idaho student Nik Vishwanath was looking for a source-tracking research project for his Ph.D., so the water quality project worked out well for his research. 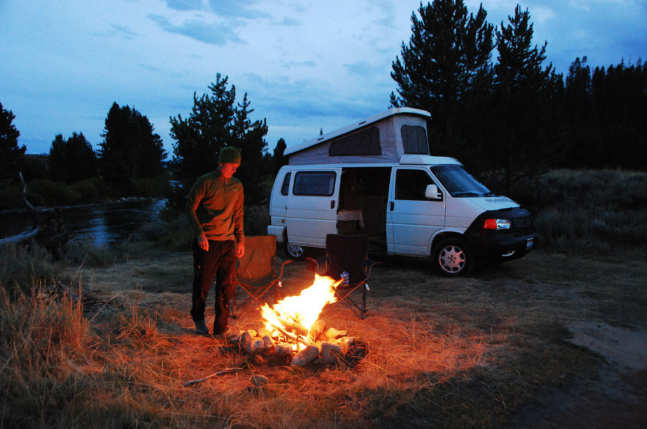 A future best practice for campers might be to bring a portable toilet with them during camping trips and then dispose of the human waste at an RV dump station afterwards. 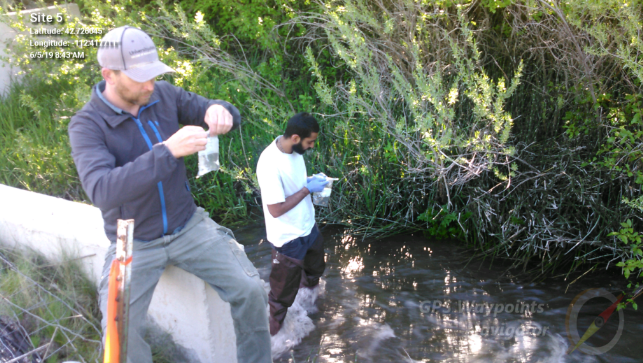 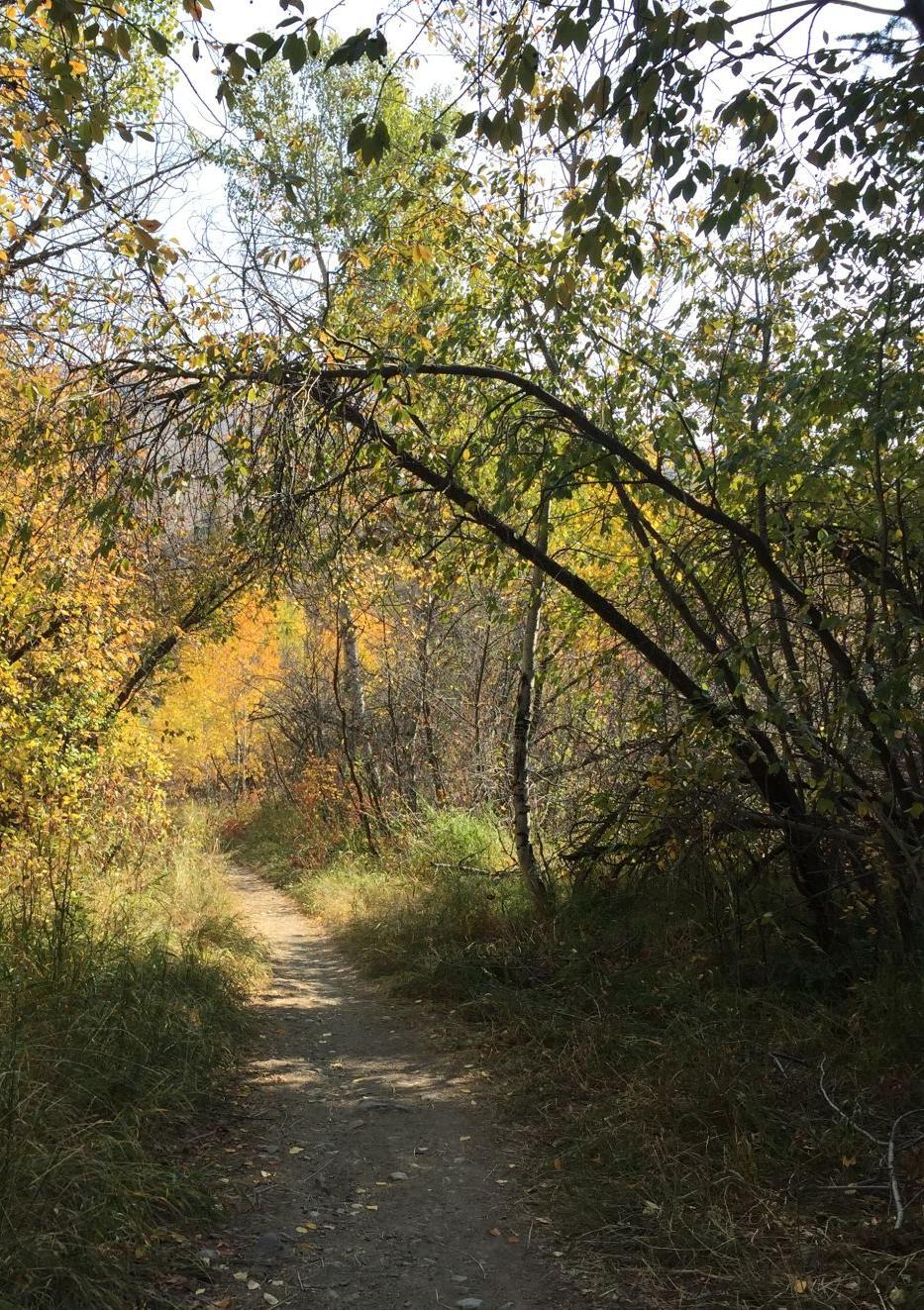 The West Fork Trail is a popular recreation destination within the Mink Creek area of the Caribou National Forest.

University of Idaho student Nik Vishwanath was looking for a source-tracking research project for his Ph.D., so the water quality project worked out well for his research.

A future best practice for campers might be to bring a portable toilet with them during camping trips and then dispose of the human waste at an RV dump station afterwards.

The West Fork Trail is a popular recreation destination within the Mink Creek area of the Caribou National Forest.

The Mink Creek watershed supports a wide variety of recreation uses with many quality trails and camping spots close to home in Pocatello.

Much of the area also is grazed by cattle in the summer months. It’s an area managed for multiple use.

The West Fork of Mink Creek is part of the City of Pocatello’s watershed, so it is closed to livestock grazing.

“Any recreation you can think of happens in the Mink Creek watershed,” said Robbert Mickelsen, Natural Resources and Planning Staff Officer for the Caribou-Targhee National Forest. “We have areas where people have summer homes. People pull up their camp trailer and camp next to streams. This is the recreational backyard for Pocatello.”

In recent times, water quality sampling on the East Fork and South Fork of Mink Creek showed that the streams were not supporting beneficial uses for recreation because of high levels of E. coli bacteria.

The Idaho Department of Environmental Quality sampled seven locations on the East Fork and South Fork in 2017 and notified the Forest Service that water samples exceeded safe levels for primary and secondary contact for recreation.

“When they notified us of that, that was very much a concern for us on the Forest Service side, because providing clean water to the American people in this area is essential to our mission,” Mickelsen said. “It’s what we do. We take that mission very seriously.”

To notify campers and recreationists, the Forest Service put up some warning signs about the water.

But the big question was, where was the E.coli coming from?

E. coli is a bacteria found in the intestines of warm-blooded animals. Was it cows? Careless campers? Dogs? Wildlife?

That’s where our detective story begins.

The DEQ report said that cattle were likely the primary cause of the high E. coli levels in Mink Creek.

But Forest Service officials weren’t sure.

“We started looking back at our rangeland monitoring and figuring out that we’re meeting all of the best management practices for livestock grazing, that would protect water quality like stubble-height standards and utilization, and bank stability,” Mickelsen said.

“We knew we didn’t have all the information to solve this problem. We reached out to the University of Idaho, and said Help!”

UI cattle research specialist Jim Sprinkle and Eric Winford from the UI-Rangeland Center came to the next meeting with key stakeholders including the City of Pocatello, DEQ and local ranchers.

“I raised the question, I think it’d be good for us to see who the major contributor is,” Sprinkle said. “So how do we do that? We do that with DNA.

“Got a little bit of pushback on that from some of the people that it’d be even possible to do that, but Eric Winford assured everyone that U of I had that capability, and could do those tests.”

Indeed, the notion of being able to identify the actual sources of E. coli through DNA testing is a fairly new thing.

To do the DNA research, the team needed $25,000 to cover costs. The Forest Service’s Region 4 Office in Ogden stepped up to fund the study.

Eric Winford reached out to Alan Kolok, Director of the Idaho Water Research Institute at U of I. Kolok found a graduate student to help with water sampling and tapped Jane Lucas, a post-doc Ph.D. in the UI Department of Soils and Water Systems, to do the DNA analysis.

“It was a very fortuitous series of events,” Kolok said. “When Eric got in touch with me, at the time, I had a grad student looking for a project. He wanted to do something environmental and cutting-edge molecular biological techniques. This project relative to source-tracking worked out perfectly for him.”

The U of I research crew ventured into the Mink Creek area in the summer of 2019 to collect more water samples.

“In the study, we wanted to look at how livestock e-coli levels were in the stream prior to, during and following grazing,” Sprinkle said. “And we also did the same with humans, because there’s a lot of human recreation on the stream, and we wanted to check it before and after major holidays.”

They re-sampled at the seven DEQ sites, and they added an additional seven sites to collect more data.

Idaho State University provided lab space for the grad student, Nik Vishwanath, to do an initial analysis of the water data. The DNA samples had to be stored at 80 degrees-below-zero in a special freezer.

Jane Lucus explains how they determine the source of E. coli through DNA testing.

“It allows you to take a bunch of DNA and look for specific markers,” Lucas said. “We were looking for human markers. And cattle markers. And there are specific bacteria that live in the digestive tracts of humans and of cattle that are always present. That allows us to assign where that bacteria is coming from.

“That’s the same thing we’d do in a crime scene, we’re looking for potential traces of a perpetrator, you sample the environment, look at the genetic bar code and hopefully you have a data base with that person.”

A $20,000 Quantative PCR machine evaluates the DNA data. It heats up the water samples – unzipping the vital DNA information – and provides a computer readout of the results.

They evaluated 98 water samples, and went through them three times to confirm the source of E. coli.

The final results were as follows for the samples that exceeded safe standards:

The Idaho State Journal raised awareness about the issue of human excrement and trash in the Mink Creek area in an Aug. 29 article. The recent testing quantifies the damage caused by the poor stewardship.

Now, Forest Service officials are evaluating the next steps.

“So what I’d like to do is invite the partners back together at the table and work toward a solution that not only helps the community but protects the watershed resource,” said Kim Obele, District Range, West Side Ranger District in Pocatello. “The issue is very important to city of Pocatello and all of us. We need to work on that solution together.”

U of I officials were happy to play a positive role in the project.

“It’s been a great opportunity for us,” Sprinkle said. “I’m in extension, and our mission in extension is to make science help answer questions and problems, and if we can do that, we can help provide some answers, then we feel we’re doing our job.”

“I really have to hand it to the Forest Service, they handled it the right way,” Sprinkle continued. “Instead of using a big regulatory hammer, they wanted to look for solutions and answers to questions. So that makes it pretty easy to find out answers when you have a willing partner like that.”

“We’re learning the ability to extract DNA from our environment and understand where it comes from is growing into a huge deal,” she said.

“I’ve done a lot of this training with students, so that they see if they want to go into crime, medicine, environmental DNA work, wildlife conservation, wildlife biology, this is a technique that works for all of those fields, so I think that’s really exciting it feels like we’re training our generation to do a lot of great new science.”

Steve Stuebner is the writer and producer of Life on the Range, an educational project sponsored by the Idaho Rangeland Resources Commission.