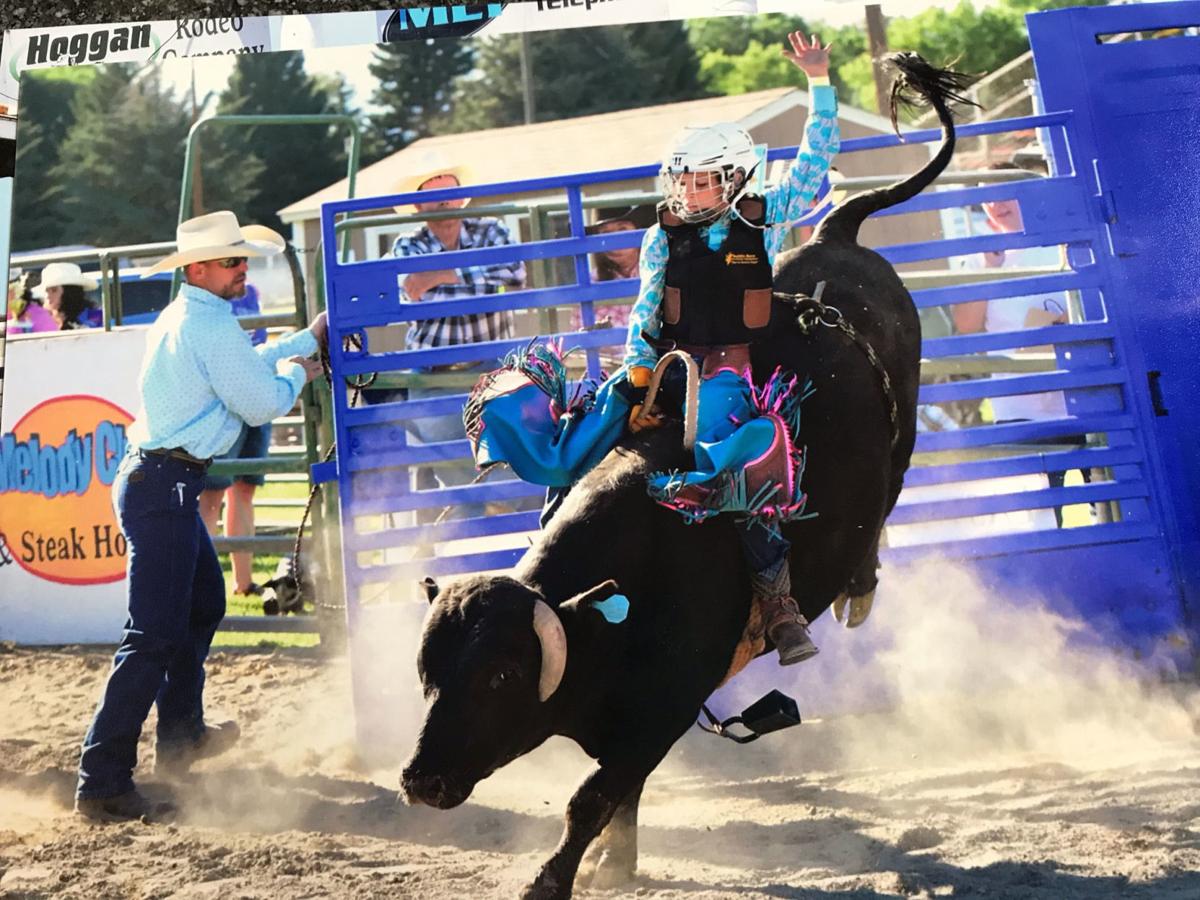 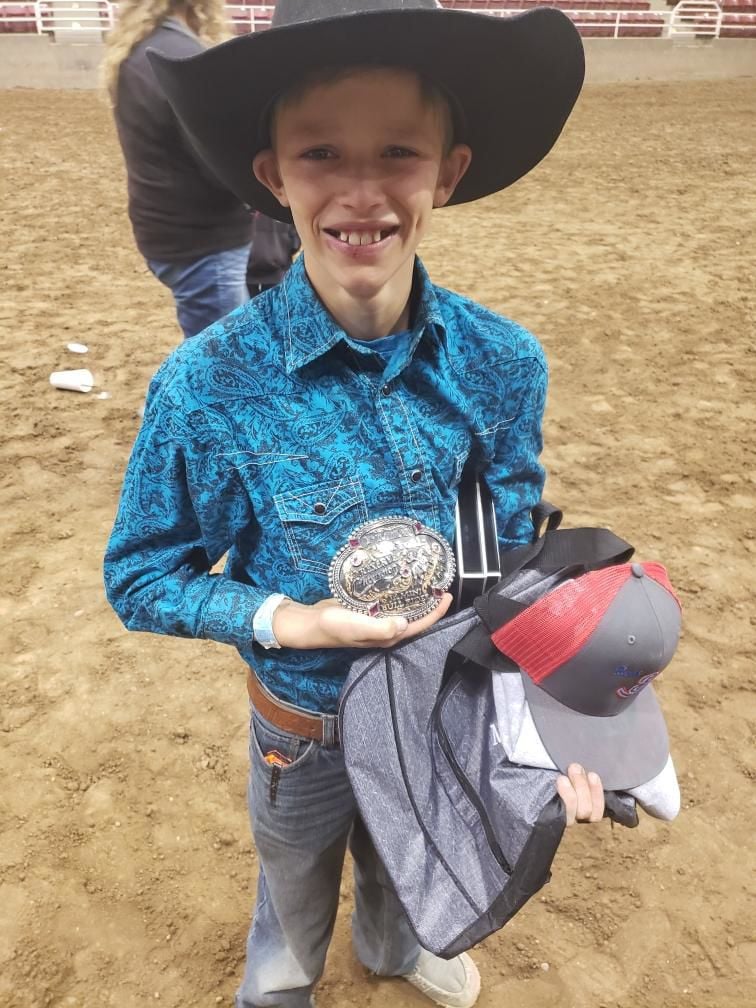 Wesley Zollinger holds up a belt buckle he won at the Professional Mini Bull Riders Finals.

Wesley Zollinger holds up a belt buckle he won at the Professional Mini Bull Riders Finals.

Wesley Zollinger of St. Anthony is only 11 years old but he’s been through some tough things like being stepped on by a bull and riding bull with his collar bone broken. Oh and he’s one of the top 10 to 12-year-old bull riders in the region in his first year on a bull.

Wesley has been doing rodeo for about seven years since he started mutton busting (like bull riding but on a sheep) around age three.

2019 was his first year riding bull and he already looks like a natural.

“This year he really started taking off,” said Wesley’s father, Jory. “We started chasing several different circuits but the one in particular that he liked, in particular, was the Junior World Finals. We spent the summer traveling between Idaho, Utah, Montana, Wyoming basically all over the place to get to these qualifying rodeos.”

One particularly tough part of Wesley’s year riding bull for both he and his father happened in Garybull, Wyoming where he was hung up underneath a bull and was trampled. They hauled him off in an ambulance.

“I was with him and I was definitely worried that day,” Jory said. “They made a phone call to the hospital letting him know that he had made the short go, which meant he could just go back to the championship round. And he jumped out of the hospital so fast wanting the doctor to release him. At about that point, I knew he was okay but it definitely worried me for a while.”

Wesley showed his toughness again when he finished first in a rodeo in Downey despite breaking his collar bone and showed it wasn’t all adrenaline by finishing out season. Doctors told him not to ride for six weeks but Wesley was determined to make it to the Junior World Finals so he finished out the last four rodeos with a broken collar bone soe he could maintain his spot in the finals.

“Every time I rode it felt like someone kept punching me in the collar bone every jump or so,” said Wesley. “It was not fun but I knew I did not want to move (in the standings) because I was sitting pretty good. I was like ,’I can’t give up. I’ve got to keep fighting.’”

Wesley is excited to attend the JWF where he hopes to meet his bull riding idol J.B. Mauney.

“I’m really excited,” Wesley said. “I didn’t think that I was going to make it my first year. I think there’s going to be a lot of people. I’m hoping to meet one of my favorite bull riders. J.B. Mauney.”

Jory said the rodeo is expensive but worth it and the Zollinger family is looking for sponsors to help them pay for travel costs.

“I hate to ask people for money but that’s one of the burdens with rodeo and traveling,” Jory said. “It’s expensive. That’s going to be his lifelong goal to eventually be in the PBR one day and be the true world champion. He’s definitely got the natural talent to do it.”

As for Wesley, he like bull riding, ‘just to get out of the house,” and because of ‘how cool it feels.’

The Junior World finals are December 5-9 in Las Vegas during the day while the National Finals Rodeo for older competitors in is Vegas those evenings and on to December 14.

Jory isn’t sure what makes his son so tough at such a young age.

“I don’t know,” he said. “I know he’s got such a drive. He wants to be the best at everything he does and he always strives for that. Bull riding in particular is one thing he’s got his heart and soul in. That’s what he wants to do in life. He’s putting everything he’s got in to it.”