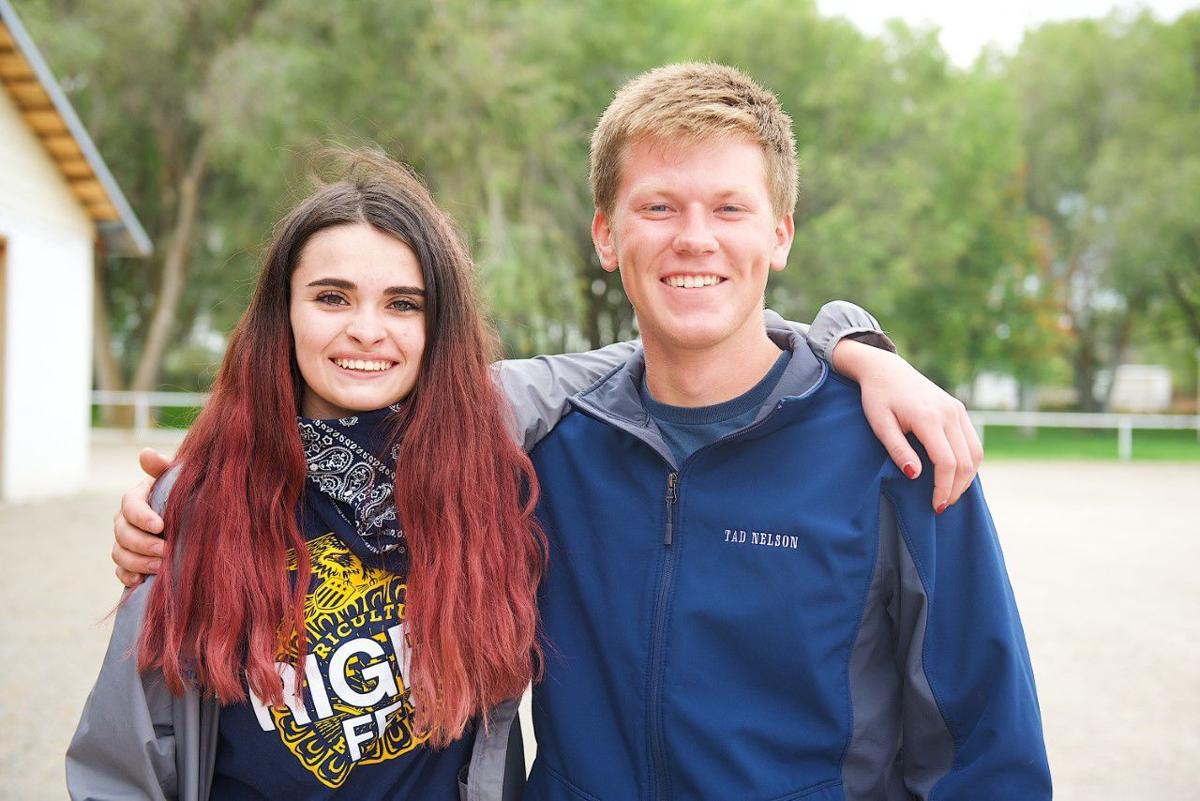 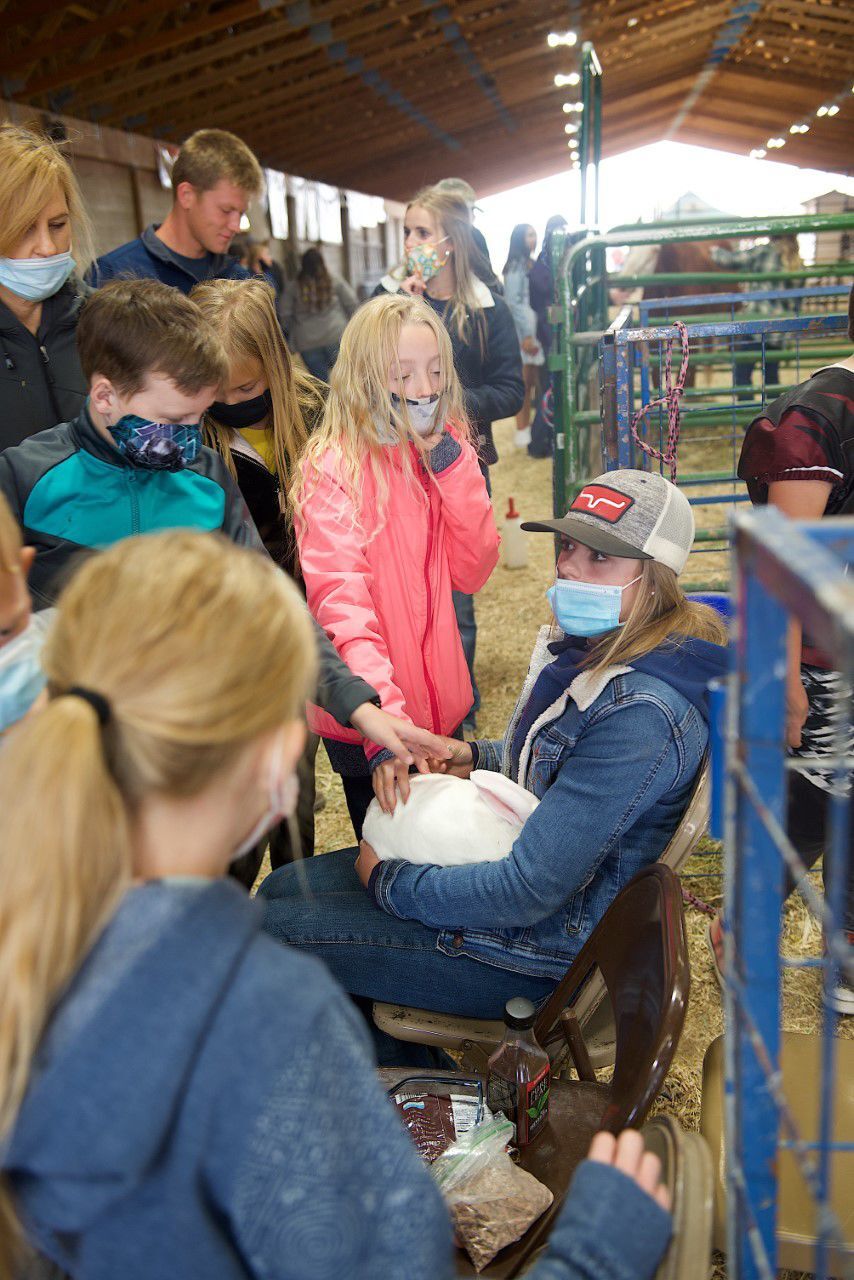 The Rigby High School Future Farmers of America group hosted students from around the district at the Jefferson Fairgrounds with plenty of farm animals for kids to pet and more.

FFA holds the Ag Days event annually and usually invites third-graders to attend in the spring. With COVID-19 closing schools and sending students to home-learning, the now fourth-graders never got their field trip with the high schoolers.

Jaycee Ferguson and Tad Nelson are FFA students who helped put this event together with the goal of giving students a look at agriculture. Ferguson said they were motivated to hold this event for the fourth-graders to provide them the opportunity they initially missed.

Nelson, one of the vice presidents over Strengthening Agriculture, said with their contacts and references gathered, he feels they were able to grow the event in size and quality.

“The purpose of this event is to get ‘em started in agriculture — build that foundation so that they can grow in, not only in the agricultural industry but to find something that they like in it,” Ferguson said.

“We realize that not all of these kids are going to go into agriculture; we need a lot of other professions too, but if they’re educated about the problems and benefits of agriculture, then they’re gonna be the ones that are making laws in the future, so they’ll make educated decisions,” Nelson said.

Rotations at the event included explaining how the planting process works, the types of equipment used in agriculture and products that can be made from various types of livestock.

Four-H assistant Sue Walker said kids can learn about food sources, agriculture and opportunities, as many students in the area are more urban now. For her, seeing the FFA students come and represent 4-H is the best part of the event, in addition to the knowledge kids take away from their day at the fairgrounds.

Nelson said that farming is more than just the stereotype of rednecks and hillbillies, but instead that people are raising the food for America. FFA also gives him a look at business practices, leadership opportunities and further education. He hopes to study wildlife management and ag business once he graduates from Rigby High School.

For Nelson, he stated that compared to some other programs, there’s a lot of opportunities within FFA because of where they live and the support they receive from local businesses.

“We get a lot of funding because our ag teachers put in the work and put in the effort to give us the opportunities that will really help us in the future,” Nelson said. “There’s a lot of work that goes into it as students and advisors, but the reward you can see as these kids come through and come back from two or three years ago and they still remember the things you taught them. It has an impact that isn’t just for high schoolers.”

FFA plans to hold another event in the spring for the third-graders to get back on their regular rotation.