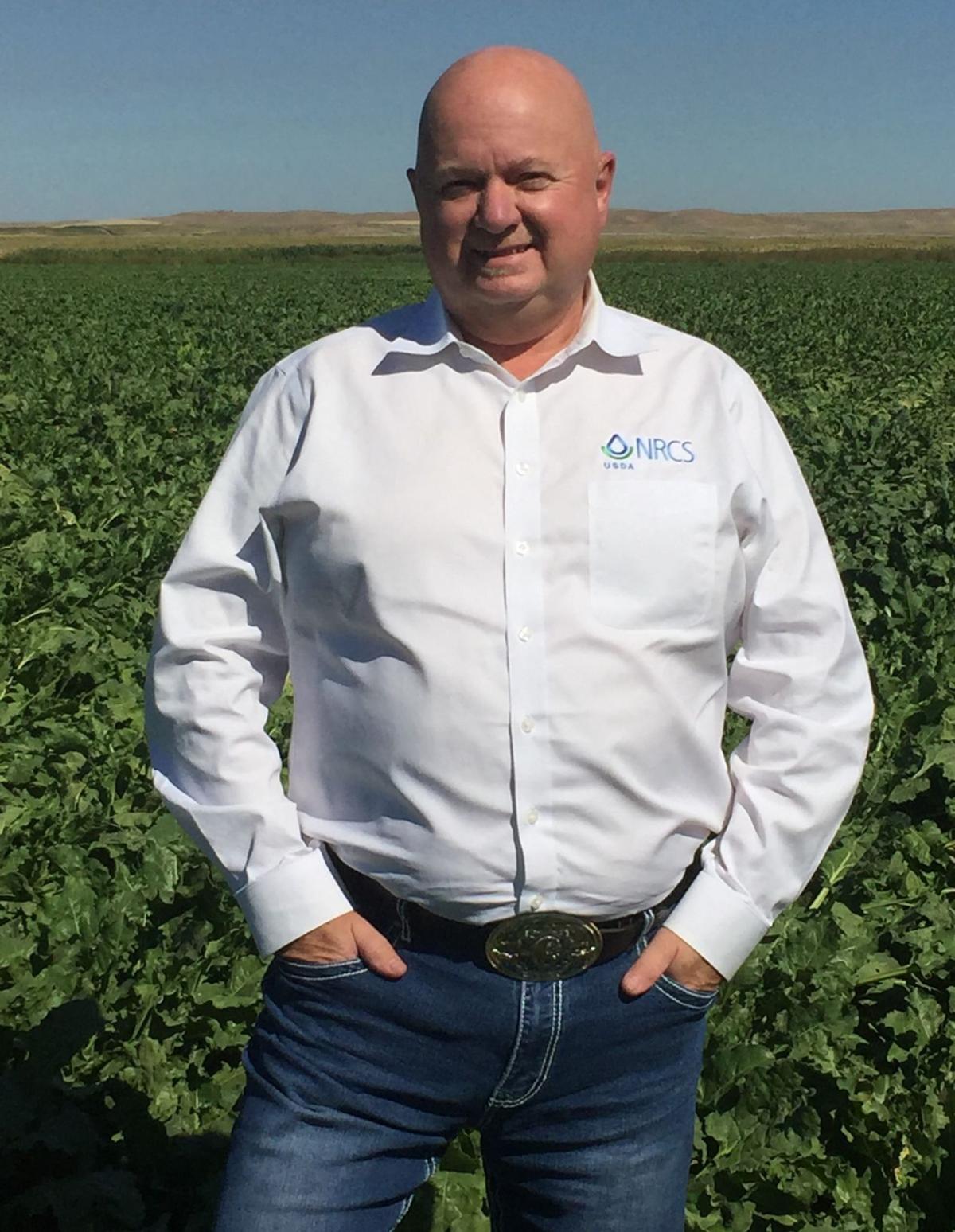 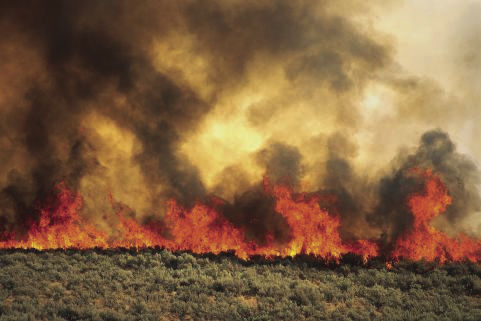 When Curtis Elke took over as Idaho state conservationist of the Natural Resources Conservation Service more than five years ago, he noticed that there was an unusual level of cooperation between many state and federal agencies in the state. He was excited to expand that even further with his extensive experience building partnerships and relationships for 12 years in agriculture private industry, and working in five states with local, state and federal partners.

To get the lay of the land, he met with a number of other state or regional directors from state and federal agencies, Native American tribes, ag producers and wildlife interest groups, and he met with Idaho Gov. Butch Otter and then-Lt. Gov. Brad Little. He was pleased to notice that the agency directors were receptive to working together and understood the value of leveraging each one’s available resources to get more done at the ground level.

To keep the dialogue going on an informal basis, Elke started meeting quarterly with partner natural resources agency officials at Elmer’s Restaurant in Boise. There was no set agenda other than establishing and strengthening relationships.

“There are 10-12 of us that have been attending on a regular basis,” he says. “It has proven to be very valuable for each of us in forming strong friendships.”

“We talked about what we could do to break down the policy, regulatory and other known barriers between the agencies and have more of an “All Hands, All Lands” approach to land management,” Elke says. “How can we erase the lines and treat the landscape as one whole?”

Since that time, Elke and his team have been nurturing the growth of NRCS’s partnerships with fellow state and federal agencies and non-profit conservation groups to a list that exceeds 100 different groups. He’s recently added Frank Beum, Regional Forester for the USDA Forest Service in Ogden, Utah.

“I feel so grateful for the relationships we have in Idaho,” he says. “We have remarkable partnerships that are also considered friendships. Everyone is very humble. Everybody wants to work together. It makes my life so much easier, and my team’s life much easier.

· Working with the Idaho Transportation Department to reduce blowing dust and top soil next to Interstate freeways in Southeast Idaho and Eastern Idaho.

· Soil and water conservation projects through partnerships with the Idaho Association of Soil and Water Conservation Districts, ranchers and farmers, and the Conservation Commission.

Elke is excited about the Cheatgrass Challenge, the latest initiative. Coming to Idaho from NRCS offices he worked at in the Dakotas, Oklahoma and Massachusetts, he was amazed by the reach of cheatgrass and other invasive weeds on Idaho’s private and public lands. When sage-steppe lands get burned over multiple times by man-caused fires or wild blazes ignited by lightning, cheatgrass can out compete native grasses post-fire.

Cheatgrass is highly flammable after it dries up in the spring, creating even more of a fire hazard than before. Cheatgrass was brought into the West via shipments of wheat from Europe in the late 1800s, and it quickly spread across the landscape. It covers an estimated 100 million acres in the West. In Idaho, the BLM estimates that invasive plants have encroached on 4.2 million acres of rangeland in Southern Idaho.

At least 6% of those lands have been affected by cheatgrass and other invasive species, officials said.

“We were talking about the problem at the Western Governors’ Association conference, and all the smoke we have been enduring in August from fires in the Great Basin, grassland and forest fires, I thought, it’s time to reject this norm and take action,” Elke says.

With six projects planned in 2020 with a budget of $750,000, the partnership team selected projects where cheatgrass can be reduced through a multi-pronged strategy of using prescribed burning, targeted grazing, chemical treatments, seeding and more to restore perennial grasses and plants. The projects were intentionally selected in locations where there is a good chance of success, officials said.

“I’m calling it a war on invasive annuals,” Elke says. “We are at war with cheatgrass and invasive species in Idaho. We want to see some quick wins.”

The idea is to protect core areas of healthy perennial plants and expand them, he says.

“If we can show that perennial grasses can be restored, it could be applied more widely in the future,” says Mulroney with the Idaho Cattle Association. “That would be a huge benefit of this program.”

NRCS in Wyoming is working with Idaho officials on developing a cheatgrass strategy for the Cowboy state, and the Western Governors’ Association (WGA) also is supporting the initiative. WGA and USDA agreed in June 2019 to pursue an effort designed to address the large-scale infestation of cheatgrass and other invasive annual grasses on western forests and rangelands under a memorandum of understanding, Elke notes.

WGA has formed a working group of federal and state agencies, nonprofit organizations and private entities to tackle the issue. On October 3-4, 2019, WGA convened the working group as part of the WGA Working Lands Roundtable meeting in Boise. During the meeting, the working group engaged in a facilitated discussion on the threat that cheatgrass poses to the viability of the western working landscape and identified opportunities and innovative new methods to increase coordination and respond to large-scale cheatgrass infestations, Elke said.

Encouraging more conservation projects at the ground level with conservation districts and Locally Led Work Groups to get more boots-on-the-ground projects on private lands is another partnership initiative. There are 17 work groups statewide, and each one has been allocated up to $500,000 for projects, drawing from a statewide NRCS budget of $8.5 million.

Water conservation and efficiency is at the core of what NRCS does in Idaho with farmers and ranchers who might install irrigation systems to decrease water use and increase yields or add-on more efficient nozzles or low-elevation spray application (LESA) technology. Finding ways to squeeze more production out of each drop of water has been important for farmers who irrigate with ground water from the Eastern Snake Plain Aquifer.

“We also prescribe good conservation practices such as minimal or no-till, cover crops, cropping rotations and other soil health practices – all of which contribute to improved water management and water efficiency,” Elke says.

After a 2015 settlement called on ground water pumpers to reduce consumptive use by 13 percent across the ESPA region, farmers had to find ways to do more with less. NRCS officials in each county have been instrumental in working together with farmers to install more efficient water systems.

“Historically, half or more of our Environmental Quality Incentives Program (EQIP) funding each year has been allocated to irrigation-related on-farm projects. A significant portion of those customers are based within ESPA boundaries,” explains NRCS State Engineer Bruce Sandoval. “In the last five years, we have added specialized projects across several counties targeted at the ESPA region in light of the 2015 water settlement agreement. The Regional Conservation Partnership Program, the Watershed Operations Program, and several other types of funding mechanisms have been utilized for LESA projects, ground water-to-surface water conversions, improvements to water conveyance infrastructure, and general improvements to on-farm system efficiencies.

“Each of these projects and our work with partners to achieve them adds to the stabilization of the aquifer via reduction of ground water pumping and aquifer recharge.”

As a result of the water-efficiency projects, the state aquifer-recharge program, and four straight years of mountain snowpack, the ESPA water volume has increased by 2.2 million acre-feet of water in the last five years, and 350,000 acre-feet in the last year. Overall, Elke wants to see Idaho’s partnerships continue to grow in numbers while leveraging the resources of each one for the good of Idaho and its citizens.

“It’s all about relationships, and that take time to build trust,” he says. “We need to continue building bridges with our traditional and non-traditional partners to expand the scope of what we’re getting done on the ground. I want to see outcomes and strong results for everyone’s benefit today and for the next generation to follow. “Together we are Team Idaho, and we are stronger because of our extensive partnerships.”