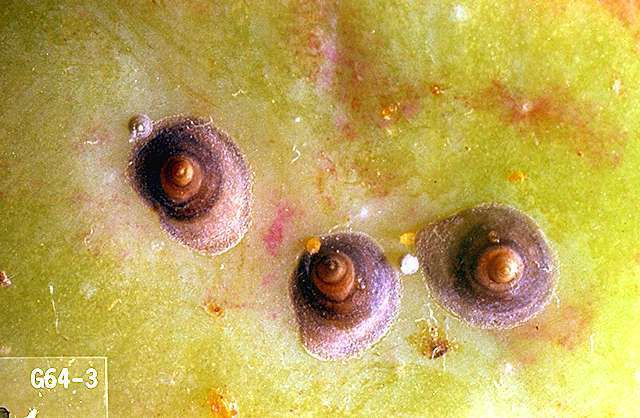 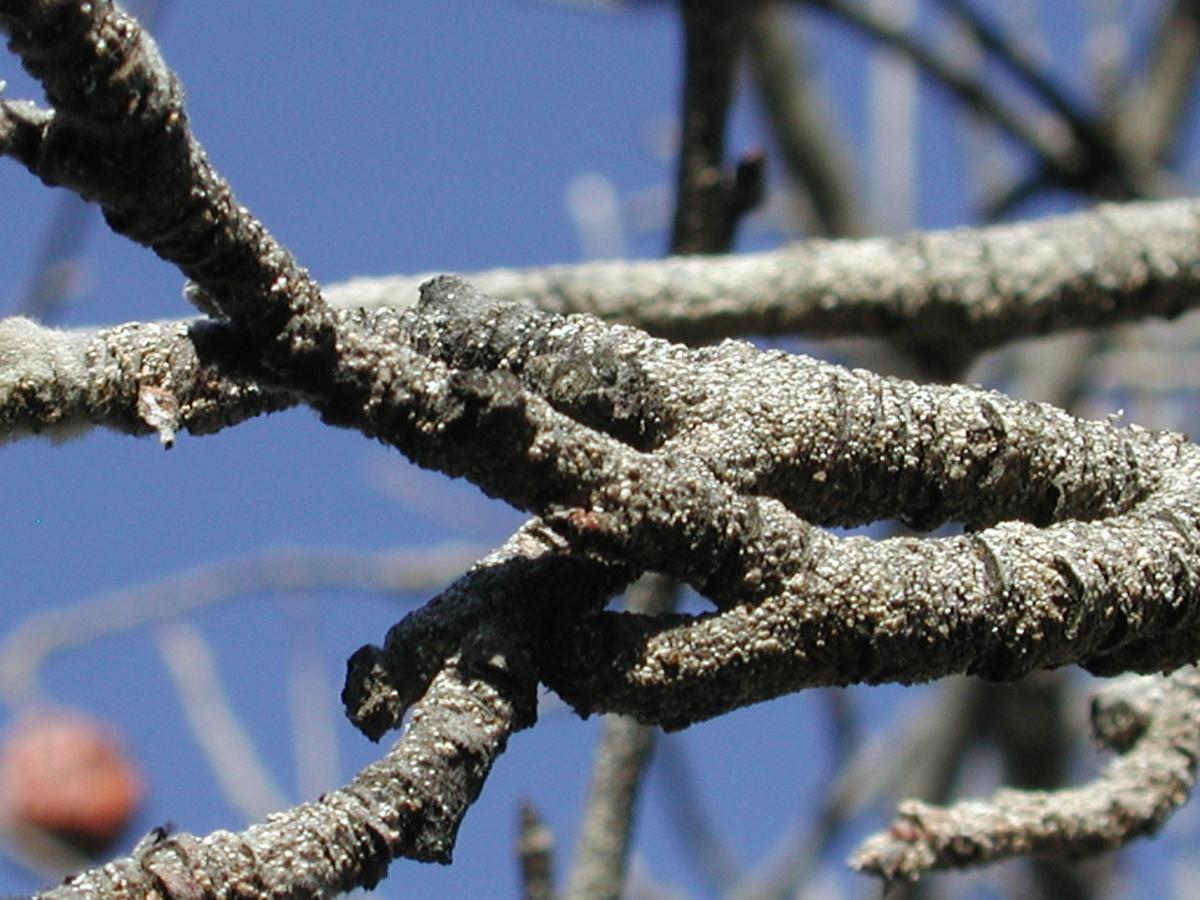 Alias: The San Jose Scale was introduced into the United States in the 1870s and now is a major problem across the country on all fruit, ornamental and wild trees and shrubs. While it is of most concern in hot, dry climates such as Arizona and New Mexico, it occasionally makes an appearance in Eastern Idaho. This pest is most easily identified by the scale (shell) on the females’ backs. They make a distinct dark, cone-shaped spiral with a single white dot in the center. Females give birth to live young, usually referred to as “crawlers.”

Crimes: The San Jose Scale tends to attack both the woody stems and the fruit of the plant, using their piercing, sucking mouthparts. Severe infestations can kill branches or even entire trees. They leave behind sticky, shiny honeydew, similar to aphids. This honeydew can be a haven for fungus and diseases.

Sentence: Monitor for crawlers during June and July. They are best observed with sticky tape and a 10X lens. Dormant oils have been proven effective in preventing large infestations of San Jose Scale. Most over-the-counter insecticides are labeled for controlling San Jose Scale, such as carbaryl, malathion and pyrethroids. Most of these insecticides need to be applied during the crawler stage. Once the females have gone into the “scale” stage, they are difficult to kill with chemicals. They can be physically removed from the bark with a rasp or paint scraper; just be sure not to over damage the tree. Avoid over-fertilizing with nitrogen, as this tends to promote populations. Always follow label instructions.