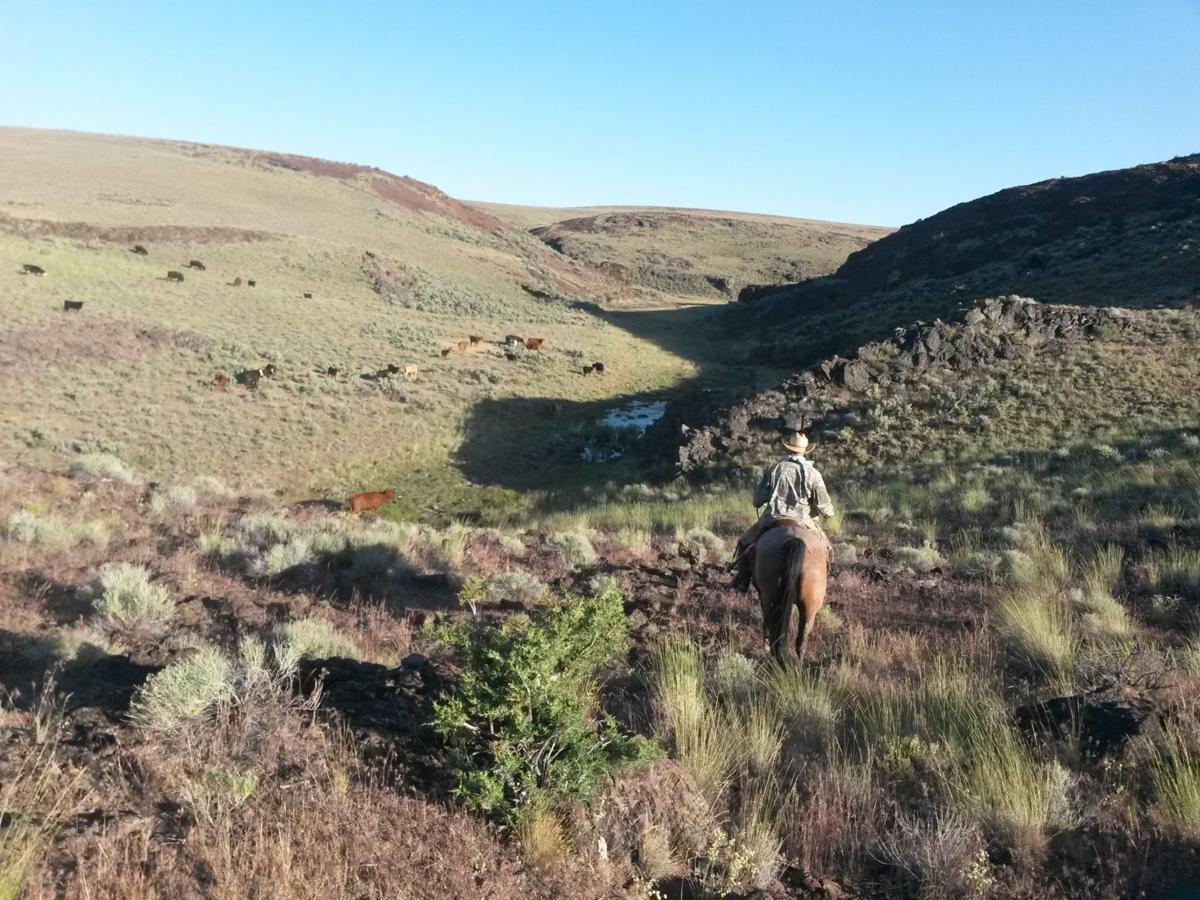 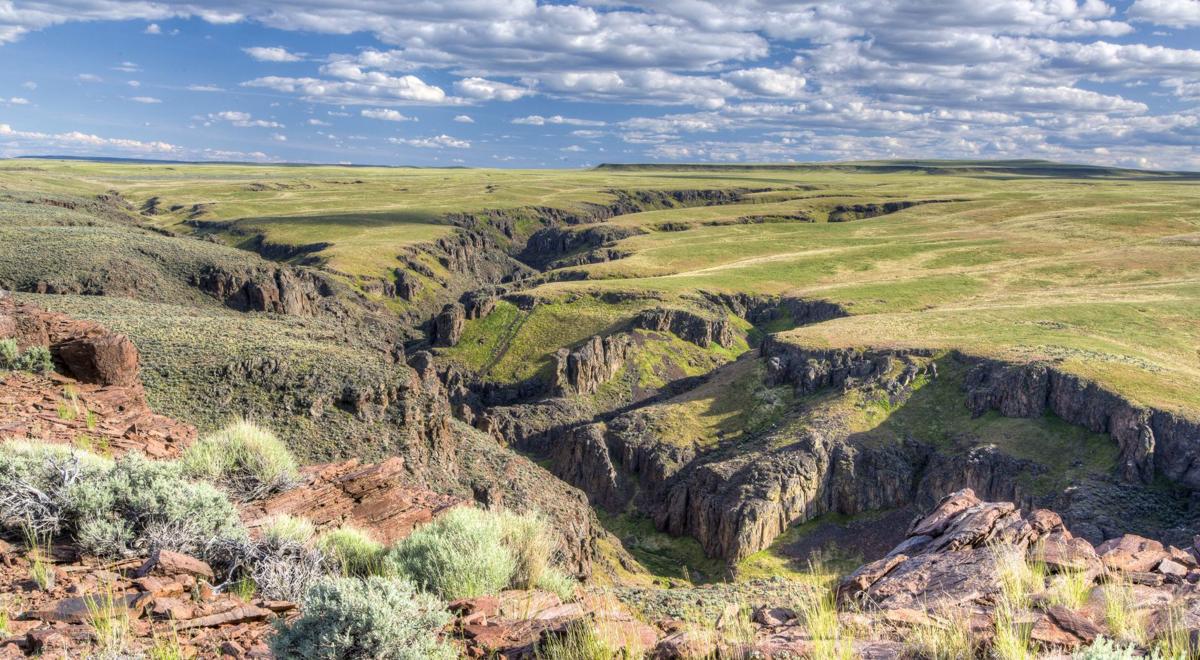 The Owyhee Canyonlands are a scenic place for recreation. 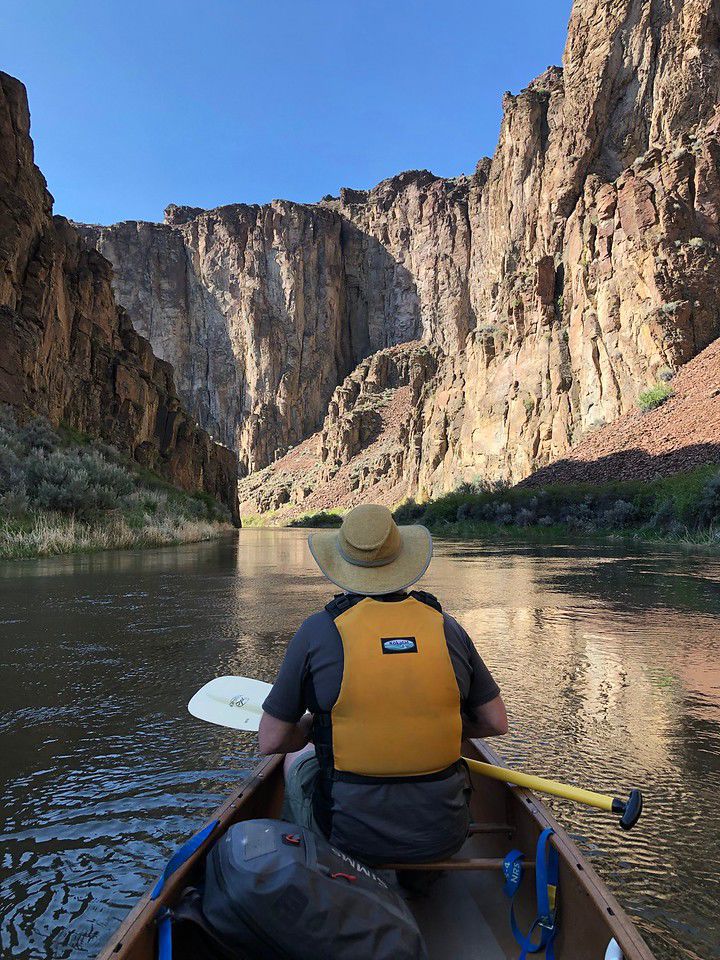 Rick Johnson of Idaho Conservation League floats the East Fork of the Owyhee River in the Owyhee Wildnerness. 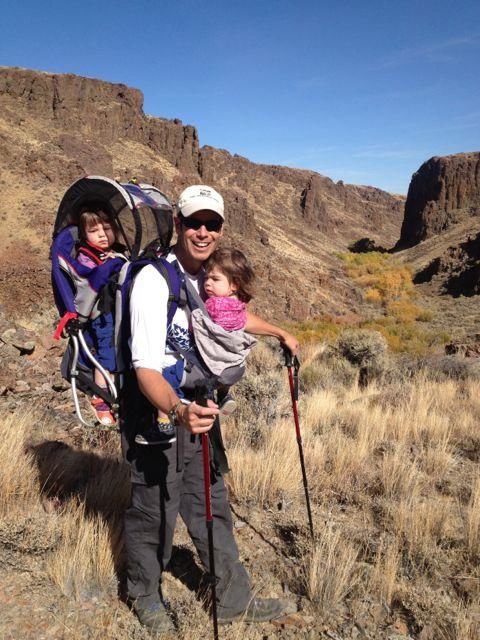 The Owyhee Canyonlands are a scenic place for recreation.

Rick Johnson of Idaho Conservation League floats the East Fork of the Owyhee River in the Owyhee Wildnerness.

South of the Treasure Valley, fly across the Snake River and the snow-streaked Owyhee Mountains rise to more than 8,000 feet. Here, a vast region known as the Owyhee Canyonlands comes into view.

The Owyhee Canyonlands embrace 7,700 square miles in the Southwest corner of Idaho, or 5 million acres — an area that’s larger than Rhode Island and Connecticut combined.

On this landscape, Owyhee County ranchers worked together with conservationists, recreationists, outfitters, Native Americans and others on the Owyhee Initiative, a highly successful collaborative process that led to landmark legislation guiding the future management of these lands.

This year, the Owyhee Initiative group is celebrating the 10-year anniversary of the legislative milestone.

Through the collaborative process, the Owyhee Initiative group created a new human community of diverse interests to match the grandeur of the Owyhee Canyonlands.

“No matter if we’re humans or plants animals, we’re all on this earth together,” says Bruneau Rancher Chris Black, a member of the Owyhee Initiative Board of Directors. “And what we have to do is do the best we can with what we have. And that’s what we’re doing with the initiative. We’re doing the best we can for management, and the disparate communities, what their needs are.

“This has been a gift. Not only because it resolves some of the issues out here, but I have lifelong friendships that I’d never be able to have if we hadn’t started something like this to work toward solutions,” says Brenda Richards, chairwoman of the Owyhee Initiative Board of Directors and a Reynolds Creek rancher.

“The common wisdom was telling us it wasn’t going to work,” adds Craig Gehrke, Idaho director of The Wilderness Society and a member of the Owyhee Initiative Board of Directors. “I think everyone in the group came to a mental understanding that this whole thing was a leap of faith that we could make wilderness work out here. We’re going to put together this package, stay together to make sure it gets implemented correctly, that we weren’t going to designate it and then go off and do something else.”

They shaped the agreement in a way that preserves ranching and the economic way of life in Owyhee County. Work continues on implementing the Owyhee Initiative Agreement; there’s still more to do.

How did they do it? How was the Owyhee Initiative group able to bridge the sharp cultural divide between Boise environmentalists and Owyhee County ranchers?

“I still remember going to Murphy for when the county commissioners first launched the O.I. I remember sitting in the room with a lot of ranchers with big hats and other members of the community,” says Lou Lunte, deputy director of The Nature Conservancy in Idaho, and an Owyhee Initiative board member. “It was an exciting moment — commissioners saying we want to look forward; we want to be proactive.

“At the end of the meeting, as I was leaving, one of the old-time ranchers in the valley walked up to me, stared me in the eye and said, ‘I don’t trust you. I’ll never trust you.’ I took that message, and it kind of drove the Owyhee Initiative for me from that day forward. How do we build the trust?”

In the year 2000, Owyhee County Commissioners and ranchers were shocked to hear about a national monument being proposed for the Owyhees before President Clinton left office.

The monument proposal fizzled. But in the next year, the Owyhee County Commissioners’ consultant Fred Grant reached out to ranchers and local environmental leaders to talk about crafting a long-term plan for the region.

“We missed a monument designation just by a hair,” Richards says.

Adds Gehrke, “OK we just dodged this monument, national parks had been discussed for this area, national conservation area, wilderness — something’s going to happen out here someday. Fred (Grant) really wanted to be part of the solution, so how do we do that?”

In October 2001, they formed the Owyhee Initiative Collaborative Committee to see if they could hammer out a long-range plan for the unique landscape. There were 10 groups at the table to begin with.

Building relationships was one of the first challenges for the Owyhee Initiative group.

“The apprehension was there. You also have to appreciate why others love the same place,” Richards says. “So it was important to get in the room, and maybe air some of those differences, and the thing I found the most fascinating, when we sat down and started talking, you’re just people.”

At the outset, the group met twice a month for eight hours at a time. Fred Grant had everyone sit next to strangers.

“Start talking about, what do we have in common? What’s our vision for this place?” Gehrke recalls. “It was kind of like a mutual feeling out, I guess.”

“My kids had been to the same movie that Craig Gehrke’s kids had been to, reading the same books. You find you have a lot of the same interests,” Richards says. “All of a sudden, you’re people that have a shared passion for the same place. And it’s like, Oh!”

Before the meetings began, a small group had written a goal statement with the Owyhee County Commissioners. The goal statement calls for “preserving natural processes that create and maintain a functioning unfragmented landscape supporting and sustaining a flourishing community of human, plant and animal life.”

It also makes it clear that the long-term plan would have to preserve livestock grazing as an economically viable use in Owyhee County.

These were the initial sideboards put forth for the committee. As time progressed, each group member shared their wants and desires.

Conservation groups wanted wilderness and wild river protection for the Owyhee and Bruneau canyons. Outfitters wanted to improve access for recreation. Ranchers wanted to ensure that they could continue running livestock in the Owyhee Plateau and maintain fencing and water developments.

“We’d been operating in wilderness study for years, which is sometimes more stringent than wilderness itself,” Black says.

It turned out that they all valued the vast, open space in the Owyhees, and the rich diversity of wildlife that lived there — bighorn sheep, antelope, sage grouse, birds of prey, deer, elk, even spotted frogs.

“I wake up every morning and love where I live and what I do,” Richards says. “What is it out there that makes your heart beat fast? It’s because it’s a special place.”

A cornerstone for outfitters and conservationists was to improve and maintain appropriate public access to the Owyhee Canyonlands and the popular river canyons.

“My mantra as a member of the group has been focused on access. … What good is wild and scenic and wilderness designation without appropriate access?” says Grant Simonds, government liaison for the Idaho Outfitters and Guides Association and an O.I. Board Member.

“I have promoted, and with the group’s support, maintaining a 4-wheel drive high-clearance access to put-ins at various places on the Bruneau and the Owyhee. Because, if you can’t get there, then it is hard to experience this part of Idaho. Some of the most remote country in the Lower 48.”

A shared love for wild sheep had a surprising benefit: Bighorn habitat maps provided the basis for wilderness and wild and scenic river boundaries in the canyons. The ranchers didn’t want to graze those areas anyway — too steep and deep.

After five years of meetings, in May 2006, the Owyhee Initiative group hammered out a wide-ranging agreement that included the legislative proposal and follow-on management items. There were 12 signatures on the agreement.

Staff members representing U.S. Senator Mike Crapo, R-Idaho, had been participating in the collaborative all along. They helped keep thing on course.

“We needed an adult supervisor, if you will. We knew that whatever we got done, it would take an act of Congress,” Gehrke says. “So we needed a sponsor from the Idaho delegation who could say, ‘I can get that through,’ or, ‘Good luck getting that through.’”

For Brenda Richards and Craig Gehrke, the victory was sweet considering both had experienced serious push-back from national affiliates.

“We had the left flank of the environmental groups and the right flank of the ranchers saying, ‘You guys are crazy. They’re going to eat your lunch,’” Gehrke says.

“I took a lot of tomatoes, skeptical comments, yeah, yeah right — just two years and you’ll be done, and look where we are,” Richards adds.

In 2011, the City Club of Boise gave the Owyhee Initiative group the Dottie and Ed Stimpson Award for Civic Engagement. The mantra of City Club is, “Nothing happens until people start talking.”

The mantra of the Owyhee Initiative is “When everybody gives a little, everybody gains a lot.”

Now it was time for the BLM to implement the legislation. They put up wilderness kiosks, fenced off the wilderness canyons, and worked on access management issues throughout the Owyhees. The BLM marked roads and trails with numbers on the ground and on maps, greatly improving navigation for recreationists.

With 200,000 acres of wilderness study lands released for multiple use management, ranchers had more flexibility.

“It’s kept those places in business,” says Jerry Hoagland, an Owyhee County Commissioner and Reynolds Creek rancher. “To continue operating the way we are, that’s been a huge economic benefit.”

Jordan Valley Rancher Dennis Stanford grazes his Angus cattle in a six-pasture rest-rotation system in a vast area in the southwest corner of the Owyhee Canyonlands. One of those pastures is inside the Owyhee Wilderness near Red Canyon, a steep ravine. He runs cattle there from May to early August. Today, he’s moving cattle onto a new grazing allotment on higher ground in the first week of August.

After a snowy winter and wet spring, there’s lots of tall grass on the range.

“Oh, they’re fat,” Stanford says. “The calves are 65 to 70 pounds heavier than normal. It’s fantastic for what we do because we sell pounds of meat.

“Now that it is wilderness, we can use a four-wheeler to build fence and haul salt and doctor a cow … if we can’t get there with a horse.”

Stanford keeps track of cattle use in the Owyhees with scientific range monitoring, with Chad Gibson, a Ph.D. range scientist.

“Since the Tongue Fire in 2007, we’ve been utilizing about 15 percent on average, on all six pastures,” he says. “It’s a win-win deal for everybody. You have fat calves and light utilization. Plenty of feed left for antelope, deer and elk. And bighorn sheep.”

There’s still more to do to fulfill the Owyhee Initiative agreement. One of the main items is a science center to be located in Owyhee County. It would house research and information about range management and stewardship.

The Owyhee Initiative group is partnering with the McClure Center for Public Policy to evaluate what remains to be done. In the meantime, the relationships built are leading to other broad-based initiatives such as the Idaho Rangeland Conservation Partnership and collaborative management of Rock Creek Ranch near Hailey.

Richards says, “There’s been a number of us who have gone out and given talks on the O.I. and people are very eager to understand, how did you do this? And the first thing I tell them is you can’t expect a quick fix or an easy fix. You need to build those relationships.”

For more information about the Owyhee Initiative, go to owyheeinitiative.org.

Steve Stuebner is the writer and producer of Life on the Range, a public education project sponsored by the Idaho Rangeland Resources Commission.