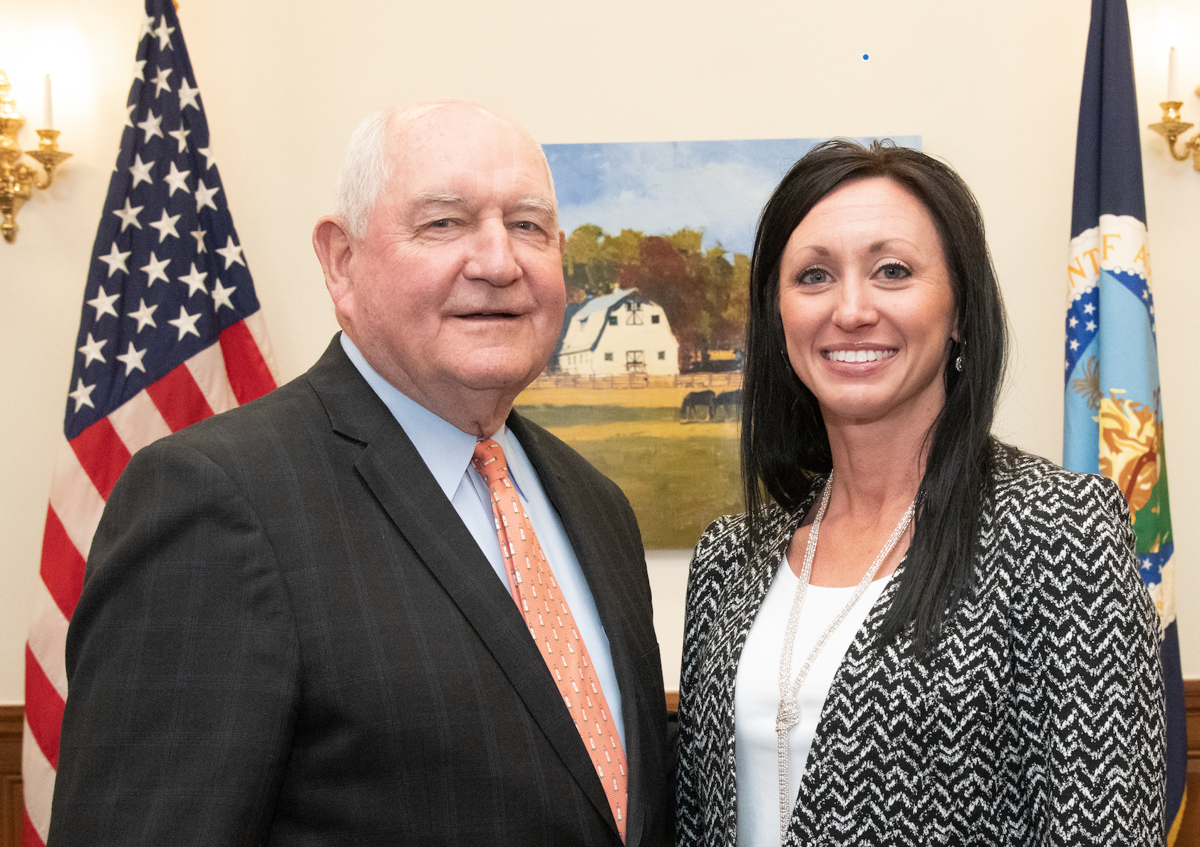 Rockland farmer Jamie Kress is shown here with former U.S. Secretary of Agriculture Sonny Perdue. Kress, the first female president of Idaho Grain Producers Association, says women who live on a farm “can’t avoid being involved in one way or another. It’s such a way of life for all of us.” 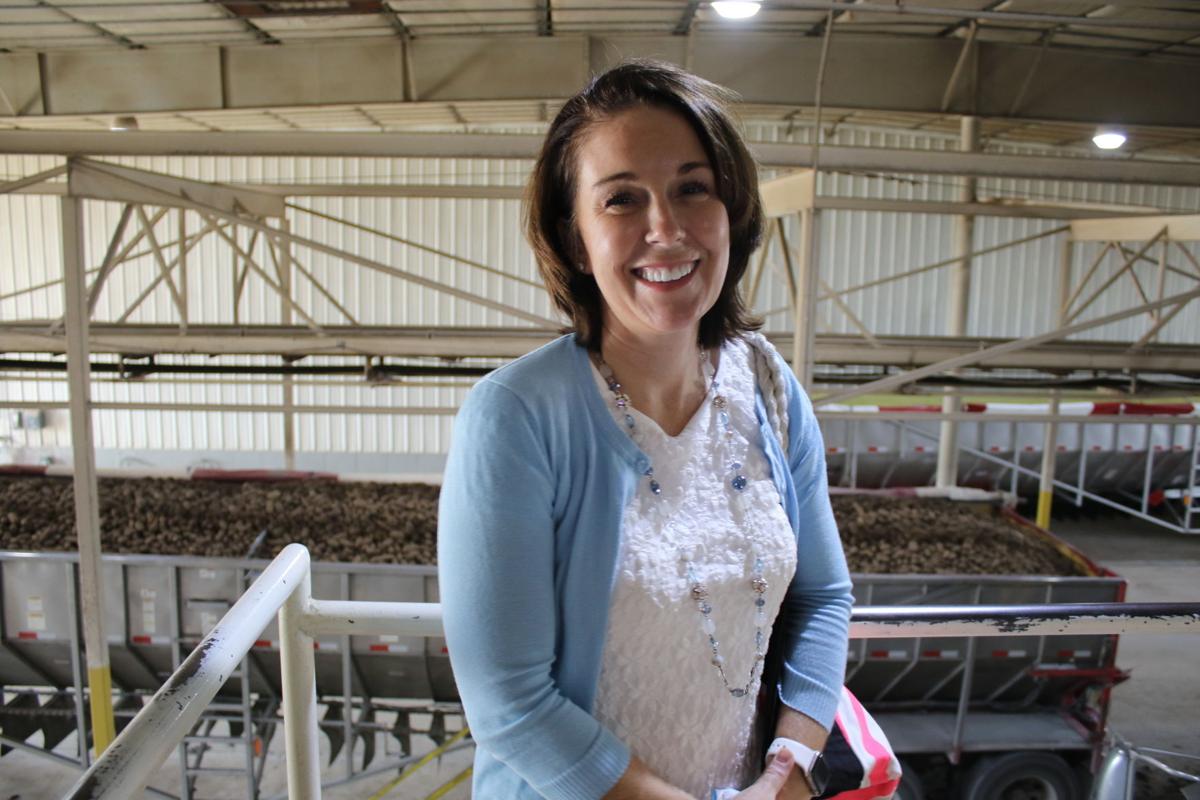 Idaho Falls farmer Stephanie Mickelsen, shown here, says women have always played an important role in the running of the family farm or ranch, although their involvement wasn’t fully counted until the 2017 Census of Agriculture. 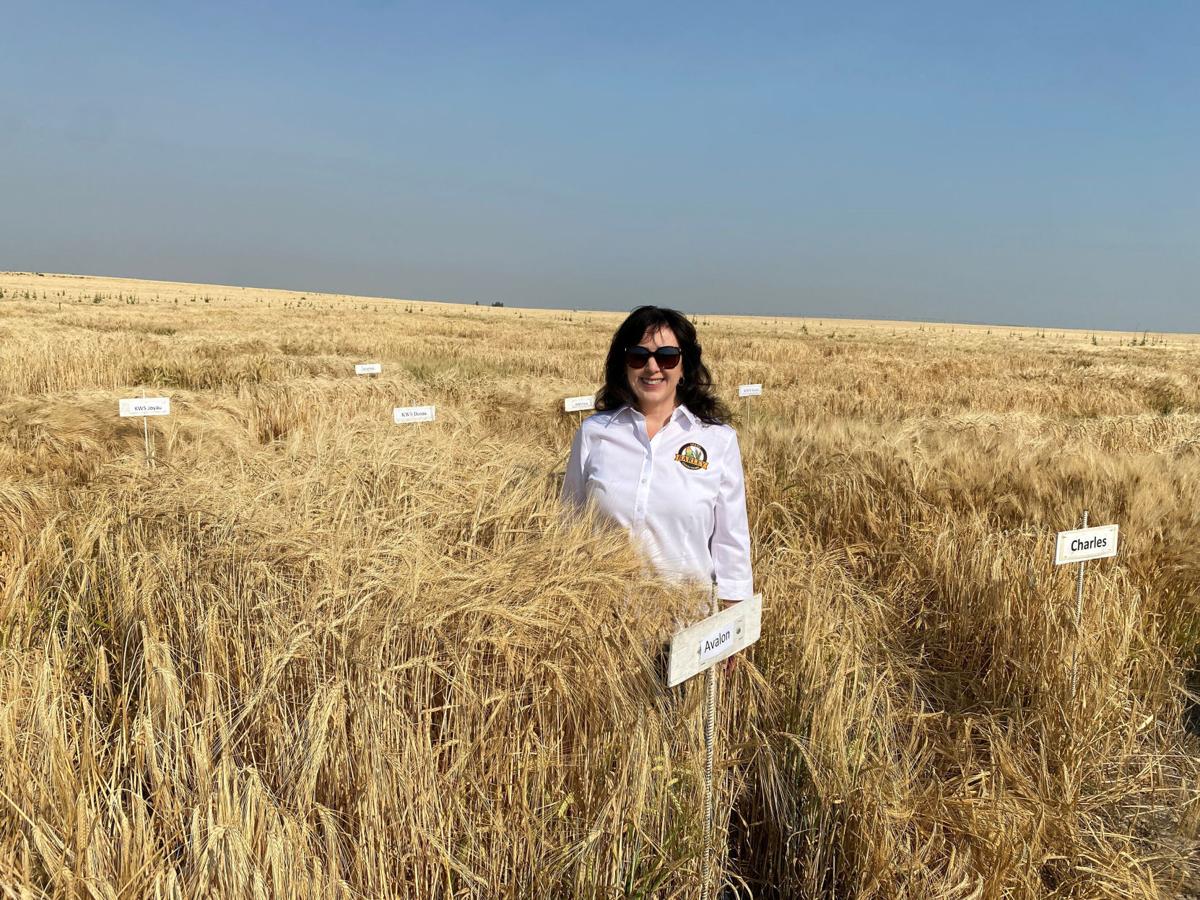 Rockland farmer Jamie Kress is shown here with former U.S. Secretary of Agriculture Sonny Perdue. Kress, the first female president of Idaho Grain Producers Association, says women who live on a farm “can’t avoid being involved in one way or another. It’s such a way of life for all of us.”

Idaho Falls farmer Stephanie Mickelsen, shown here, says women have always played an important role in the running of the family farm or ranch, although their involvement wasn’t fully counted until the 2017 Census of Agriculture.

The 2017 Census of Agriculture showed that about a third more women were involved as principal operators on farms and ranches in the United States compared with the 2012 census year.

Without understanding the census reporting criteria, that statistic is misleading.

In reality, there wasn’t a sudden jump in the number of women involved in agriculture in the United States between 2012 and 2017.

What happened is that USDA, which carries out the ag census, expanded its reporting requirements and did a better job capturing how many women are involved as main decision-makers on the farm and ranch.

That women are heavily involved in running the family farm or ranch is no big shocker to people who are involved in agriculture.

“Maybe women weren’t counted fully in the census before but they were always partners in the farm,” says Stephanie Mickelsen, an Idaho Falls farmer and a member of Idaho Farm Bureau Federation’s board of directors. “Most farm wives have always been involved in operating the farm.”

The role that women play on the family farm has been underestimated and undercounted over the years, says Laura Wilder, who owns a sheep ranch and also serves as administrator of the Idaho Barley Commission.

“Women have always been involved in agriculture as an equal and supporting partner,” she says.

The Census of Agriculture is conducted every five years and attempts to count all the farms and ranches in the country.

The 2017 census data showed 32 percent more women involved as principal operators on farms and ranches in Idaho compared with 2012. That increase was a result of a change in how USDA collected data in 2017.

The department expanded its reporting requirements during the 2017 census to include more primary decision makers on a farm. That change allowed USDA to better capture the involvement of women as main decision makers on farms and ranches.

“Women have always played as much of a role on the farm as their husbands have,” says Britany Hurst Marchant, who serves as grower education director for the Idaho Wheat Commission.

Idaho Grain Producers Association Executive Director Stacey Katseanes Satterlee says men and women have long been equal partners on the farm, although their roles have differed depending on their skills. Some are better on the financial and bookkeeping side while others are better suited to handle the operations and logistics side.

“This has long been the arrangement on the family farm,” she says. “It’s just now that the census is picking that up.”

Idaho Wheat Commission Executive Director Casey Chumrau says she believes a lot of women farmers have underestimated the role they play on the farm and in agriculture. They shouldn’t, she adds.

“They are involved in the farm on a daily basis, doing things like driving trucks or doing the books,” Chumrau says. “These are critical roles that aren’t secondary. They are co-main operators and critical pieces to the success of the farm.”

When Jamie Kress and her husband, Cory, bought their farm in 2004, she came to the operation with a degree in accounting and a background helping operate her father’s tire business.

“I grew up in accounting and with a business background and have a natural affinity for it,” Jamie Kress says. “I stepped in doing the things I was good at and Cory did the same.”

Every farm is unique in how it’s operated but women have long been heavily involved in the operation of the family farm and ranch, she says.

If you are a farmer’s wife, “You can’t avoid being involved in one way or another,” Jamie Kress says. “It’s such a way of life for all of us.”

According to the 2017 Census of Agriculture, 75 percent of female producers in Idaho are involved in record keeping or financial management on the farm and ranch, compared with 74 percent of men.

When it comes to estate or succession planning, 54 percent of women are involved, compared with 56 percent of men.

What the census data doesn’t show is that a very high percentage of women run the state’s various farm and ranch commissions and associations.

The director of the Idaho State Department of Agriculture is also a woman. In fact, Celia Gould is the longest-serving ISDA director ever.

That most of Idaho’s farm organizations are run by women might come as a surprise to many people but it probably shouldn’t.

According to the 2017 Census of Ag, female producers in Idaho make up 39 percent of the state’s total ag producers. Nationwide, that percentage is 27 percent.

Moya Shatz-Dolsby, executive director of the Idaho Wine Commission, says she has wondered for a long time why there are so many women in leadership positions in Idaho’s ag industry.

“I think a lot of it is because we’re organized and people in those positions have to multi-task,” she says. “When you manage an ag association or commission, you have to be able to do five million things at once.”

Idaho Bean Commission Administrator Andi Woolf-Weibye, who previously served as an administrative assistant for the Idaho Barley Commission and owns a small farm, says the fact that so many women direct the state’s farm organizations is an interesting phenomenon that has accelerated in recent years.

“There has definitely been a real changing of the guard in the last couple of years,” she says.

Satterlee, who also serves as president of Food Producers of Idaho in addition to executive director of IGPA, says it’s unique that Idaho farm organizations are dominated by women leaders but not surprising.

“All of these women are really smart, hard-working, driven, savvy and really good at what they do,” she says. “You can see that by how well all of our ag commissions and organizations are doing. They’re thriving.”

Wilder says a lot of the women in Idaho who lead farm organizations grew up with a background in agriculture and “we understand all the things that need to be done to promote the industry. We love working with growers to make the industry better.”

She says her love for the farming way of life and a strong desire to help tell positive stories about food production, farmers and ranchers led her to study agricultural journalism and ag education in college.

“My personal experiences and education have helped me develop a wide range of skills well-suited to commission work,” Wilder says.

She says most of Idaho’s ag commissions have a very small staff and their leaders have to be willing and able to handle diverse duties, from business and accounting to marketing and public relations, and they also have to have a strong understanding of science and agriculture, coupled with the ability to work with all types of people, from farmers to industry professionals to scientists, dietitians and consumers.

“As women, we are inherently good at multi-tasking, versatile, and very capable of the demands and needs of commission business,” Wilder says.

While women dominate the leadership positions in Idaho’s agricultural commissions and organizations, that’s not the case when it comes to the actual commissioners and board members.

“I think there’s something to be said for the men who serve on the boards of these commissions and associations who allow women a seat at the table,” Marchant says.

Chumrau says the next step beyond women serving in leadership roles in Idaho’s ag industry is getting more women to serve as commissioners and on boards.

“Most of the commissioners are still mainly men, which is fine, but it would just be nice to have a larger representation of women on those boards,” she says.