Workers from Uruguay on H2-A work visas corral sheep to shear earlier this spring in Fremont County. Many farmers, ranchers, and orchard owners struggled to find seasonal workers in 2020 and were forced to cobble together a plan. 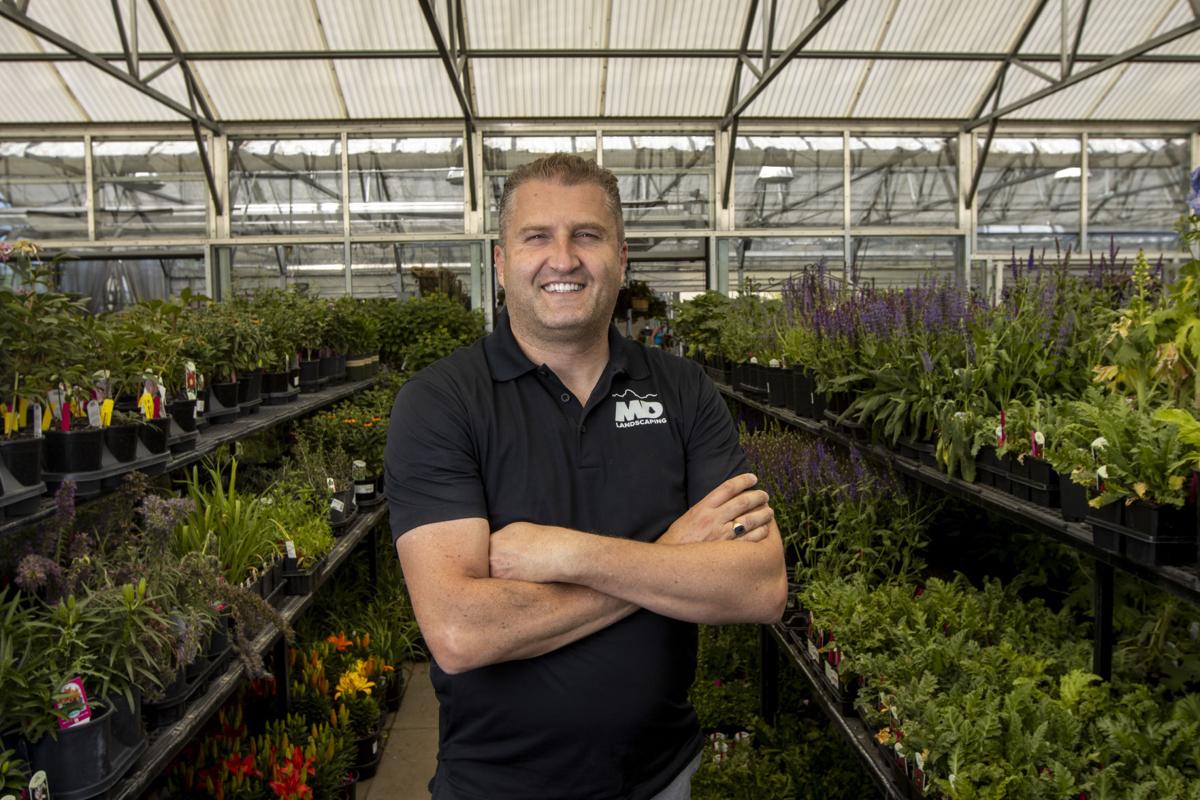 MD Nursery & Landscaping Inc CFO Arno Kruisman. With a local boom in gardening, visa workers have been essential for helping MD deal with an influx of work.

Workers from Uruguay on H2-A work visas corral sheep to shear earlier this spring in Fremont County. Many farmers, ranchers, and orchard owners struggled to find seasonal workers in 2020 and were forced to cobble together a plan.

MD Nursery & Landscaping Inc CFO Arno Kruisman. With a local boom in gardening, visa workers have been essential for helping MD deal with an influx of work.

As COVID-19 rattled the agricultural sector last year, many workers from abroad found themselves deeply impacted by shutdowns and uncertainty.

But after completing the temporary visa process virtually, Jesús Barba Hernández says he feels lucky to be back at MD Nursery & Landscaping in Driggs.

“It’s getting back to normal,” he said.

Starting from mid-April, the 33-year-old spends his days harvesting pine trees. In addition to a variety of other tasks, he removes the trees from the earth, repots them in large containers and replants them again for a steady stream of customers. In the fall, he heads back to the central Mexican state of Tlaxcala.

“We were just in trouble because of the COVID,” said Arno Kruisman, the company’s chief financial officer. “There’s only so many visas that go around. So, if you don’t apply correctly, you don’t get in the right pool, then you lose your opportunity. And this year we were a little more, I guess aggressive in some ways, so we had additional applications in and so we were able to get all of the visas that we wanted, and then some.”

With a boom in gardening, he said, visa workers have been essential for helping him deal with an influx of work.

“Everything is just going bonkers everywhere,” Kruisman said, noting there is “more work than we can handle.”

According to data from the Idaho-based Snake River Farmers’ Association, about 2,900 foreign nationals came to the state in 2020 to fill agricultural positions posted by the Association’s members — an 8% to 10% decrease from the year prior. The decline was partly due to processing timelines which slowed significantly as consulates took longer to schedule interviews and complete the H-2A visa application process due to COVID-19 protocols.

“Because we were in a down economy, we had a lot of unemployment,” said Joel Anderson, executive director of the Association. “One would think that there were more people in the labor force looking for jobs.”

But the opposite was true, he said.

Many farm and orchard owners struggled to find seasonal workers and were forced to cobble together a plan. Some ripped out crops that required greater maintenance. Others simply left the ground fallow.

“They had to get creative,” Anderson said. “They had to use some farmer ingenuity to survive.”

Last year, interviews were ultimately waived for many new and returning H-2A workers after the visa process shut down because of the coronavirus outbreak. Anderson said the Snake River Farmers’ Association, which represents 90% of producers in Idaho, expects more than 3,200 H-2A workers to come to the state in 2021 for positions posted by its members.

But there is a perennial issue: Fewer domestic workers are willing to do arduous seasonal labor in the harsh elements of Idaho. Despite a guaranteed hourly wage which is almost double minimum wage, at $14.55 an hour, members of the Association only received 64 applications from U.S. domestic workers for thousands of openings across the country in 2020, Anderson said.

Even as the number of workers from abroad rebounds to traditional numbers, the labor shortage in Teton Valley remains stark.

On a recent day, a group of workers from Mexico were preparing to continue installing trees, shrubs, flowers and an outdoor firepit at the Teton Teepee Lodge. Some said they did not have a problem renewing their visas — but noted their landscaping company, Horizon Landscape, needed more personnel.

Still, there was reason for hope.

Compared to last year, Anderson said U.S. embassies and consulates on a post-by-post basis have limited other non-immigrant visa classifications, such as tourist and student visas, and have slightly more bandwidth to devote to essential programs.

“The government has already been to the rodeo,” he said.