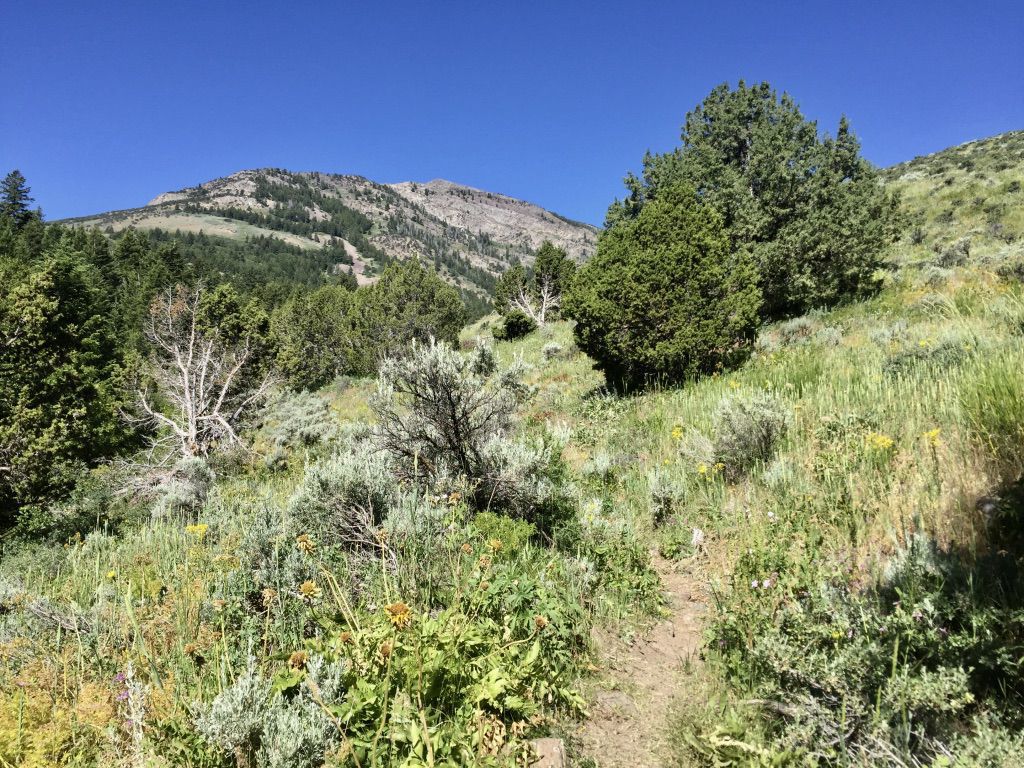 The U.S. Forest Service plans to cut trees and woody vegetation and burn the limb piles within Rowley Canyon, near Downey, to improve the habitat for wildlife. Opponents who have filed a lawsuit to stop the project say the plans would actually benefit cattle grazing at the expense of wildlife. 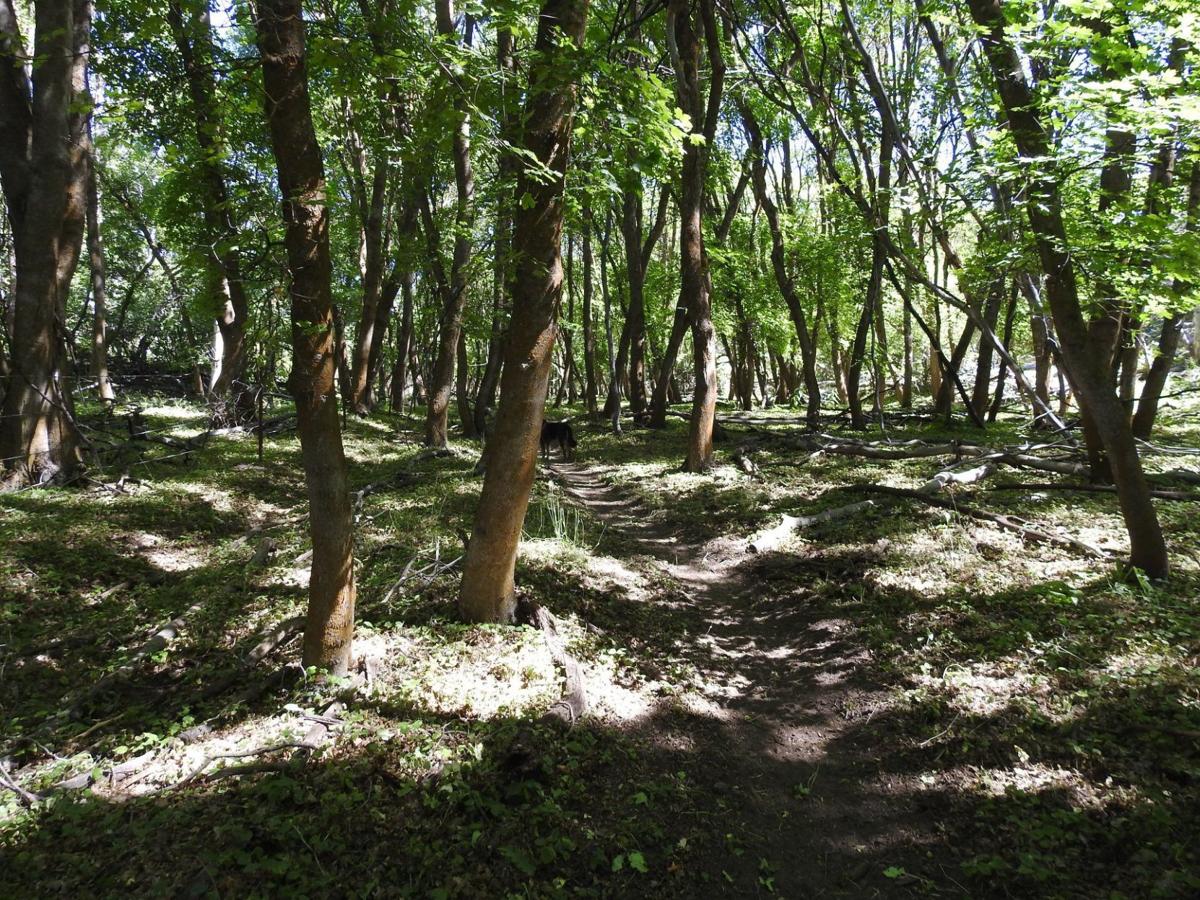 A stand of maples shades a path through the Rowley Canyon roadless area near Downey. Conservation groups have filed a lawsuit challenging a U.S. Forest Service plan to cut such stands and burn limb piles for the stated purpose of benefiting wildlife.

The U.S. Forest Service plans to cut trees and woody vegetation and burn the limb piles within Rowley Canyon, near Downey, to improve the habitat for wildlife. Opponents who have filed a lawsuit to stop the project say the plans would actually benefit cattle grazing at the expense of wildlife.

A stand of maples shades a path through the Rowley Canyon roadless area near Downey. Conservation groups have filed a lawsuit challenging a U.S. Forest Service plan to cut such stands and burn limb piles for the stated purpose of benefiting wildlife.

DOWNEY — Attorneys will soon file briefs in a lawsuit testing if the federal government has the right to thin woody vegetation in Idaho roadless areas without first conducting environmental reviews.

Last June, Lori Bell, district ranger with the U.S. Forest Service’s Westside Ranger District, signed off on a plan to treat 1,666 acres of roadless land within a 3,955-acre project area of Rowley Canyon, located west of Downey in the Elkhorn Mountains.

The Forest Service contends the planned treatments — which entail cutting and masticating junipers, maple groves and woody shrubs and burning limb piles — would improve the landscape as elk, deer, ruffed grouse and sharp-tailed grouse habitat. Leaders with three conservation groups, however, see the project as part of a larger ruse, planned at the cattle industry’s behest to boost the forage capacity of public lands.

The plaintiffs — Wildlands Defense, Alliance for the Wild Rockies and Native Ecosystem Council — note the federal government is planning or conducting such costly forest-thinning projects throughout the West, covering a combined acreage equal in size to Vermont.

“The money isn’t there to do things like administering grazing projects or conducting major replanting projects. It’s all about destroying woody vegetation communities,” said Katie Fite, a former Idaho Department of Fish and Game biologist and ecologist who now works for Wildlands Defense.

The Forest Service determined the project should be categorically excluded from an environmental assessment, arguing it would benefit wildlife and their habitat rather than having any significant adverse impacts. In its decision memo last June, the agency argued fire suppression in the area has resulted in overgrowth of mature woodland species, such as junipers and shrubs, thereby limiting the diversity of the species composition, especially grasses and forbs.

In addition to improving forage quality and quantity for wildlife, the Forest Service anticipates the treatments would make the landscape more resilient to future fires and other disturbances. The agency vows it would leave the most mature vegetation alone, as well as vegetation on the steepest slopes.

Idaho Department of Fish and Game wildlife biologists have also endorsed treatments within the Rowley Canyon area to “increase forage quality and quantity and increase resistance and resiliency to future disturbances,” according to Forest Service documents.

“Our contention is they’re actually doing it to create more grass for cows,” said Mike Garrity, executive director of the Alliance for the Wild Rockies.

The Forest Service’s decision memo specifies that implementation of the project will not increase livestock numbers or expand season of use.

“There are multiple projects across the state in which they’re showing benefit to wildlife, the grazing community, the grass habitat and water in general by removing these junipers as they take water away from the rest of the ecosystem,” Mulrony said.

“As of now, we are in a holding pattern until we hear back from the court,” Wheeler said.

Forest Service documents are quiet on the subject of new roads that may be needed for crews and equipment to access the roadless treatment area. Fite believes burning brush piles will scorch the ground and pave the way for noxious weeds to take hold; following the treatments, the Forest Service intends to monitor the area for weeds and to ensure its objective are met.

Fite contends the agency’s money would be better spent on reseeding and improving public lands that have already been damaged by fire and other disturbances. She said she’s too often seen similar federal projects demolish mature stands that took centuries to establish.

The plaintiffs are due to submit a motion for summary judgment to U.S. Magistrate Judge Candy Dale by April 10, requesting that she remand the decision back to the government with instructions to perform a thorough environmental assessment. The government must submit its cross-motion for summary judgment by May 1, asking Dale to agree that the categorical exclusion from an environmental review was appropriate.

The plaintiffs believe the treatments would come at the expense of wildlife, especially sharp-tailed grouse, and that a categorical exclusion is improper due to the area’s “wilderness value and roadless value.”

Boise attorney Brian Ertz, who represents the plaintiffs, said both sides are working to have the case resolved before work on the project is scheduled to commence this summer. Ertz explained other states essentially manage their roadless public land as wilderness under the Clinton-era Roadless Rule. However, Idaho enacted its own roadless rule in 2006, covering 9.3 million roadless forest acres.

Ertz said Idaho’s rule allows for manipulation of roadless land within the urban interface to protect private property from the threat of fire. Rowley Canyon is nowhere near an urban area, he said. Furthermore, he said the government is required to consider “roadless and wilderness characteristics” when implementing a categorical exclusion.

“This is one of the first cases where they’re trying to test (the Idaho Roadless Rule),” Ertz said. “You’re changing it. The whole idea of wilderness is that it not be changed.”