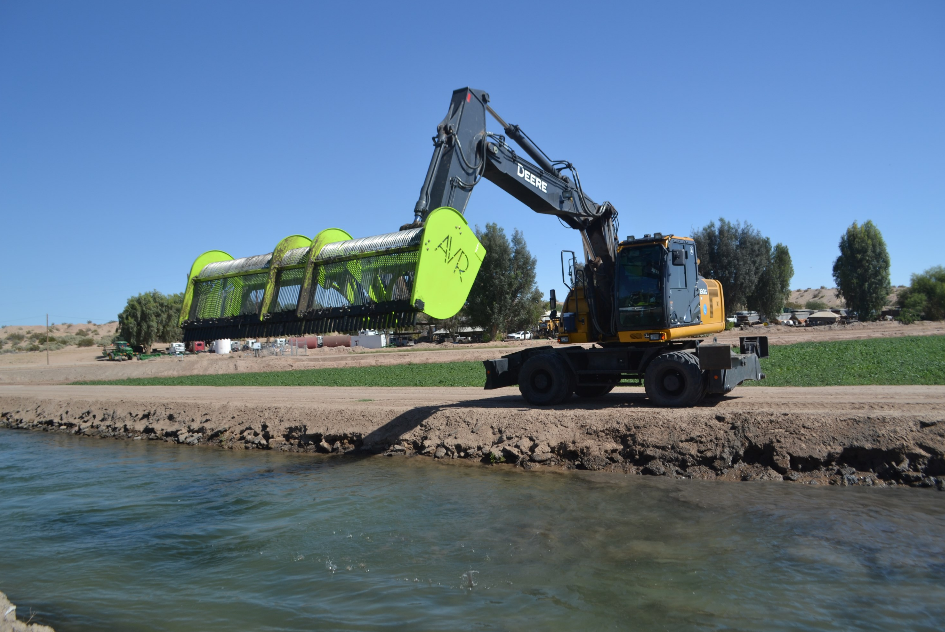 The AVR prepares to remove vegetation and debris from a canal. 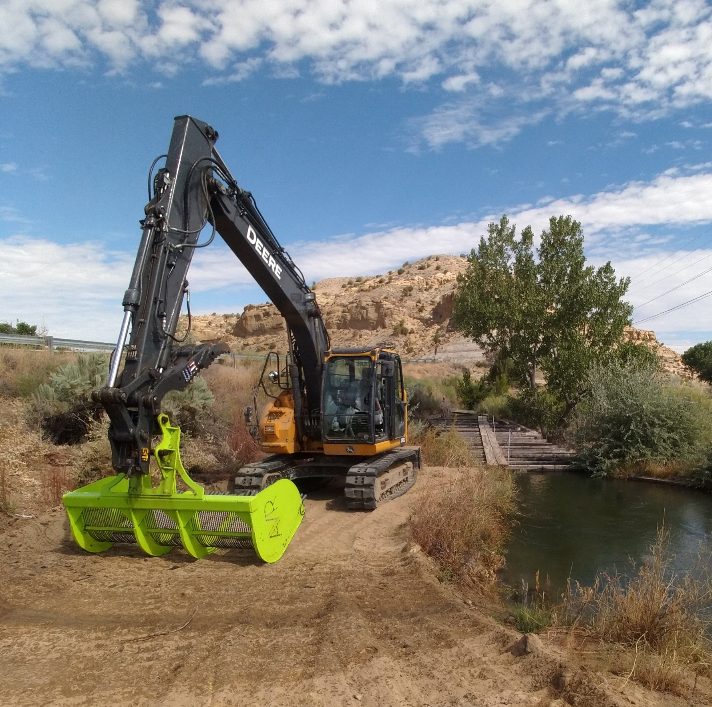 The AVR has helped the Aberdeen-Springfield Canal Co. in Southeast Idaho rid its system of a troublesome weed, flowering rush. 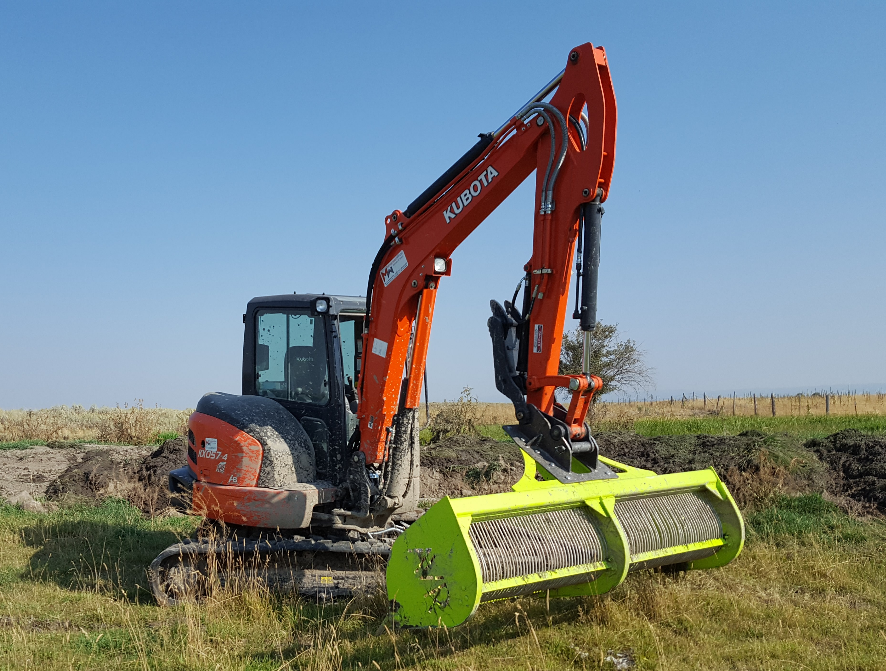 The AVR attaches to a standard excavator.

The AVR prepares to remove vegetation and debris from a canal.

The AVR has helped the Aberdeen-Springfield Canal Co. in Southeast Idaho rid its system of a troublesome weed, flowering rush.

The AVR attaches to a standard excavator.

ABERDEEN — For several decades, flowering rush remained a problem with no clear solution for the managers of the Aberdeen-Springfield Canal Co.

The aquatic weed, which first surfaced in the canal system in the 1960s, didn’t respond to chemical controls; the company’s mechanical control method of dredging the canal floor with a heavy chain only spread the weed to new areas.

At long last, the company’s general manager, Steve Howser, said he has his flowering rush problem well under control, thanks to an invention developed in Chester, a small town located 6 miles northeast of St. Anthony.

The Aquatic Vegetation Rake, sold by Bill Fuchs with Maximized Water Management LLC, is now starting to make a splash with canal company managers from throughout the country.

Made to fit on an excavator, the AVR is a large rake with stainless steel rods forming a basket equipped with 12-inch steel teeth. It pulls aquatic vegetation up by the roots and allows water to drain quickly from the basket, leaving only vegetation inside.

“It’s a huge success story,” Howser said. “I can’t say enough about how much money and time this implement has saved me over the years.”

About 14 years ago, Howser hired Fuchs to remove soil from his canal beneath low bridges. After finishing, Fuchs asked Howser if there was anything else he could do to help. Howser challenged him to come up with a way to control his flowering rush.

The next year, Fuchs returned with a prototype of the AVR, demonstrating its effectiveness by ridding some of Howser’s lateral canals of the weed. Howser jumped at the chance to buy a unit, and he later purchased a second AVR.

He sometimes helps smaller irrigation companies remove weeds. Howser also uses the AVR to rid his canal of trash and debris before he opens the gates to let in water at the start of the irrigation season.

“It saves me hundreds of man hours every year. It returns our flow immediately,” Howser said.

Fuchs makes the devices, which are fabricated in Paul, in 8-, 10- and 12-foot sizes. He started working to develop the first unit in 2008. As the manager of a small Southeast Idaho canal with a limited budget, called Silkey Canal, Fuchs was the first to test the AVR in the field.

“I was disappointed in how we were cleaning and removing our aquatic vegetation and that we were disrupting the water flow,” Fuchs said.

Fuchs has sold about 20 AVRS throughout the country, including to irrigators in Florida, South Carolina, New Mexico, Arizona and Montana. Fuchs said other canal companies have tried making attachments for their excavators to clean their canals but have struggled with designs that were either too fragile, ineffective at uprooting vegetation or scooped out too much water along with the weeds and debris.

Fuchs said he did an AVR demonstration for some smaller canal companies in Firth and the innovation is starting to gain traction.

“It’s simple and effective. It’s one of those things that they wish they’d have thought of it,” Fuchs said.

Fuchs said there are many other uses for the AVR beyond cleaning irrigation canals. An Oregon timber company, for example, uses it to clean debris from its log flume, and a Hawaii wildlife management area has applied for a grant to use AVRs to remove bulrush and water lettuce.

Fuchs has had three different engineering firms make modifications to the AVR and continues to make tweaks to improve its performance. He said it’s easy to maintain and the teeth are simple to replace. Unit costs range from $12,000 to $30,000, depending on size and features. Customers quickly recoup the investment, he said.

Fuchs said the device, which he markets as “the green solution,” is also environmentally friendly, as it keeps pesticides out of waterways.

“Big canal companies like Aberdeen-Springfield and Twin Falls can spend hundreds of thousands on herbicides every year,” Howser said.