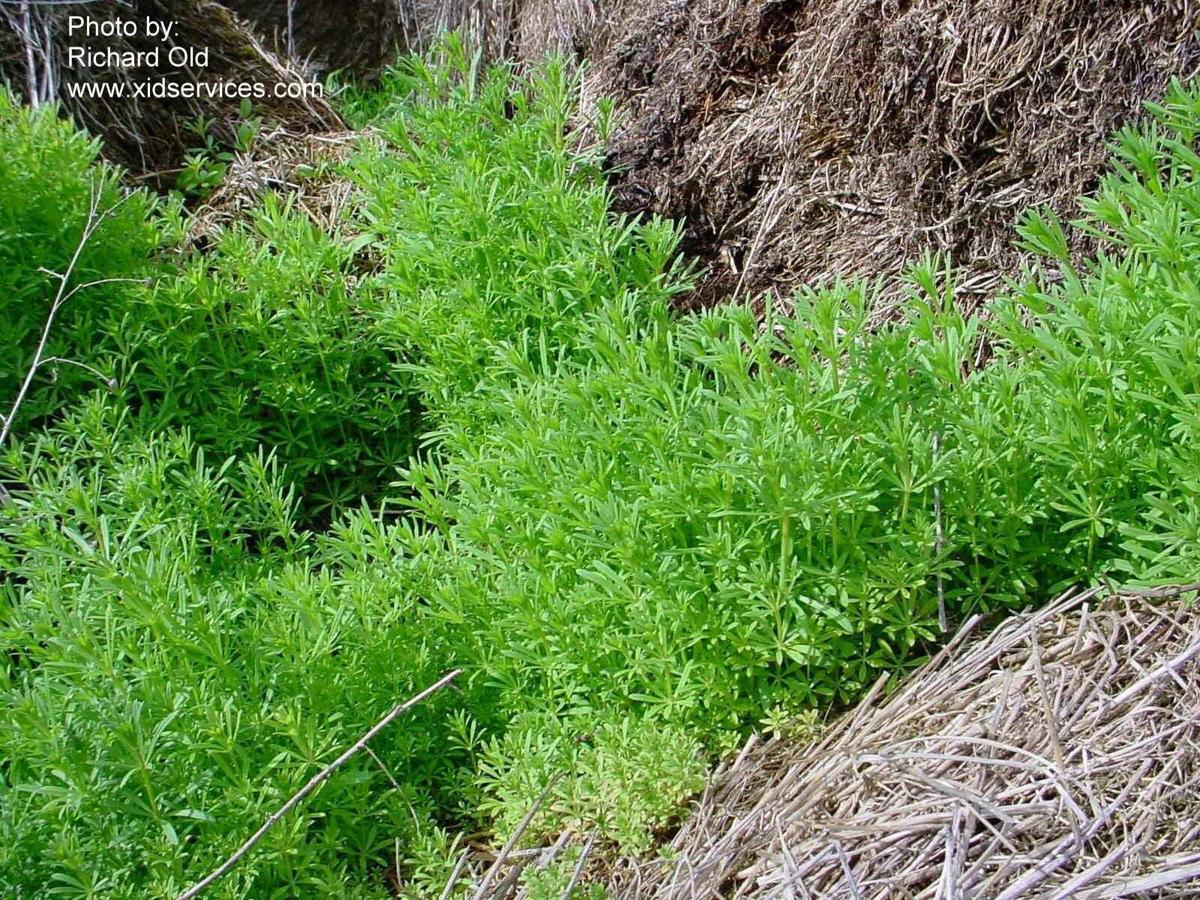 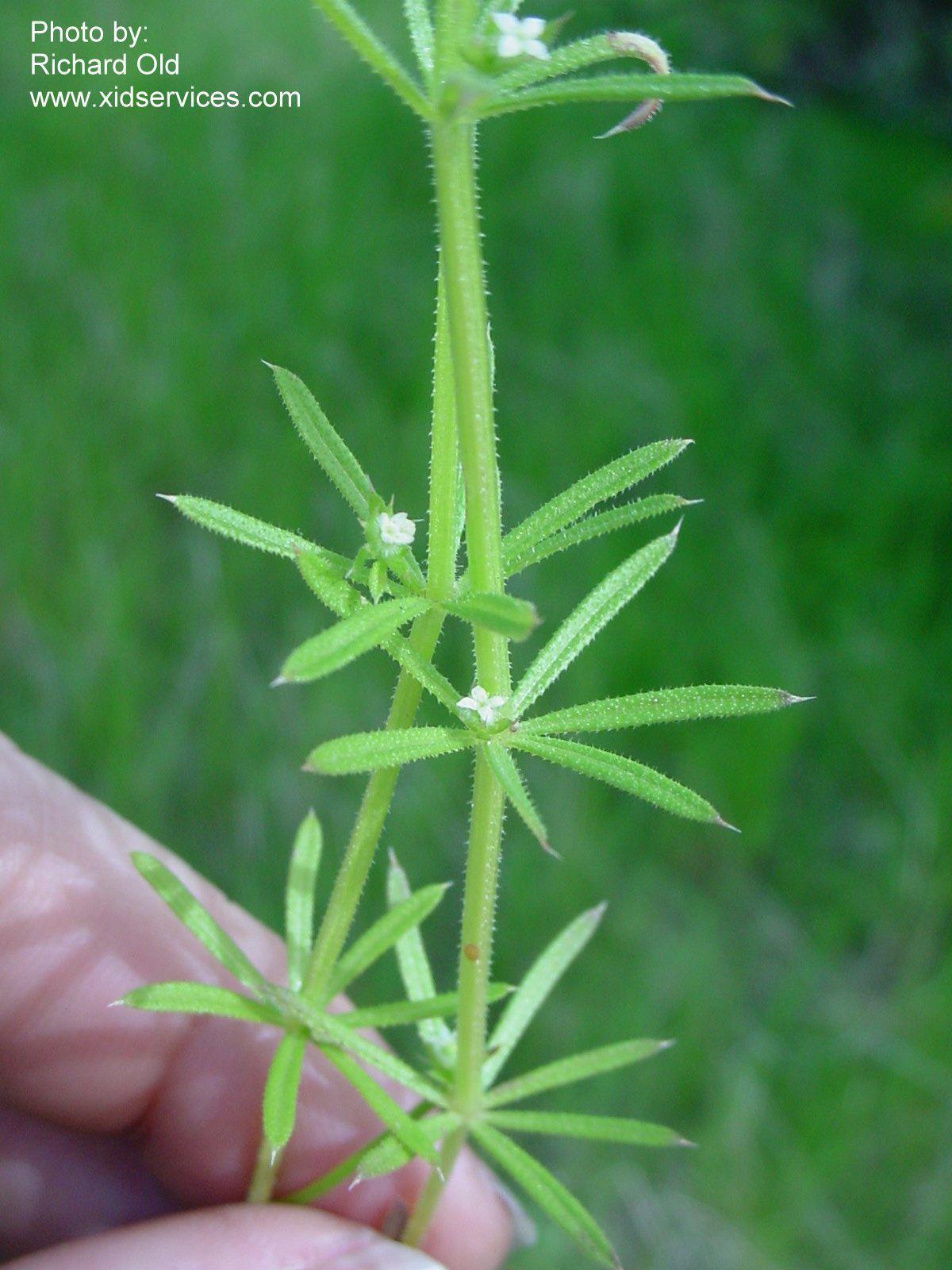 Strategy: Also know as Madwort, this native plant to Europe invades crops, roadsides and other highly disturbed sites. This annual plant generally grows flat to the ground but will climb up fences and other vegetation, resembling a vine in many cases. Unlike Catchweed bedstraw, this plant has small, round leaves growing opposite on a square stem. All parts of the plant have backward turning bristles that prevent the plant from clinging to itself. The plant has a light-blue flower which produces a flat seed with numerous spines at the corners that look like two clasped hands, thus Catchweed. They contain four nutlets.

Attack: As this is an annual plant, it has the propensity to produce numerous seeds. Once established in an area it can invade any open space and keep the desired plants from obtaining proper nutrients and water. The plant can be very difficult to remove from animal hair, and with the plant’s ability to produce long vines, it can be troublesome during harvest of grains or alfalfa, as the vines can get wrapped in the harvesting equipment.

Defense: As with most annual plants, hand pulling can be easy when the plants are young and are few. Once established, herbicides are about the only thing left to reduce the harm that this plant can cause to your site. In grain crops, products such as Harmony Xtra or Express are best. Other products such as Bronate and Banvel are effective when the weeds are young. In pastures we will use Opensight, Telar XP, or Escort XP. Don’t let it grow as a ‘pretty plant’. If it does show up in your ornamentals be a good neighbor to your farmer and remove it as soon as you notice that you didn’t plant it.