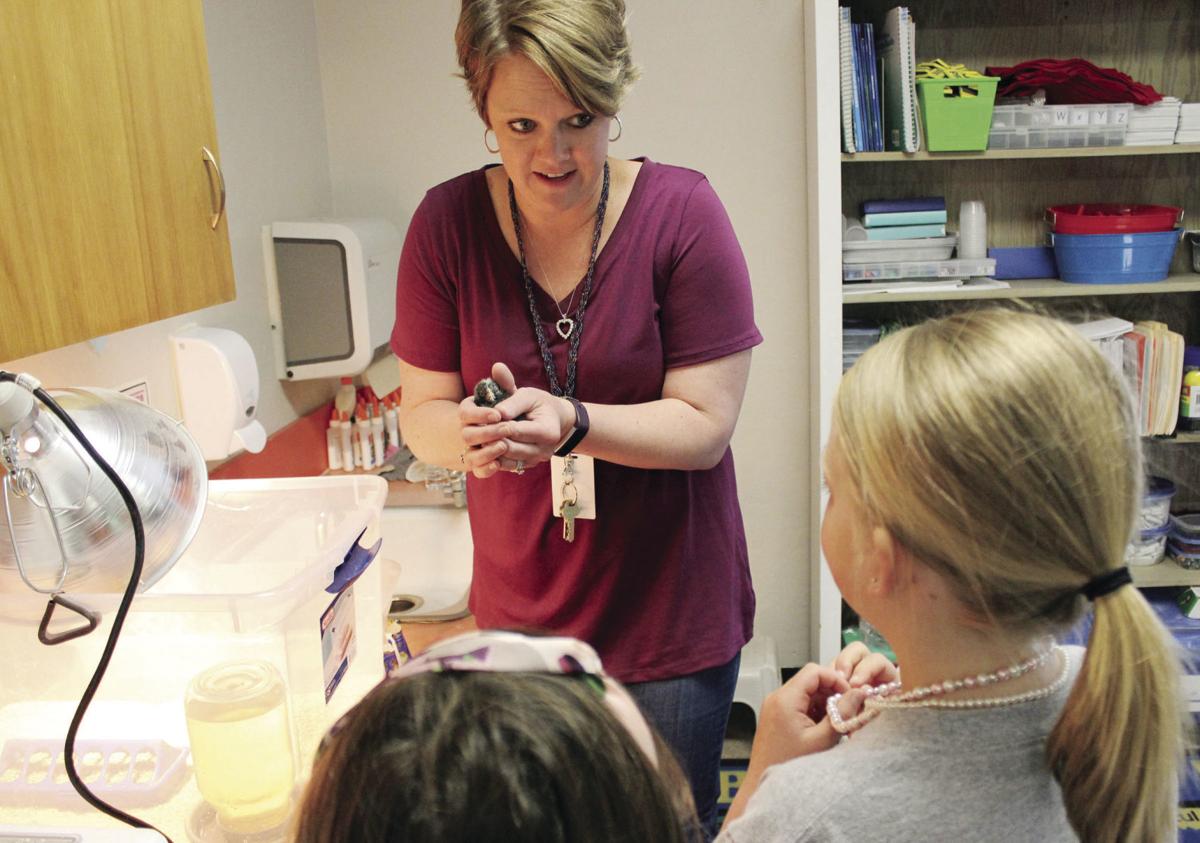 Merrill Elementary School first-grade teacher Laci Teaters talks to Ellen Heaton and Josi Teaters about how to hold one of the chicks that hatched in their classroom in Merrill, Ore. 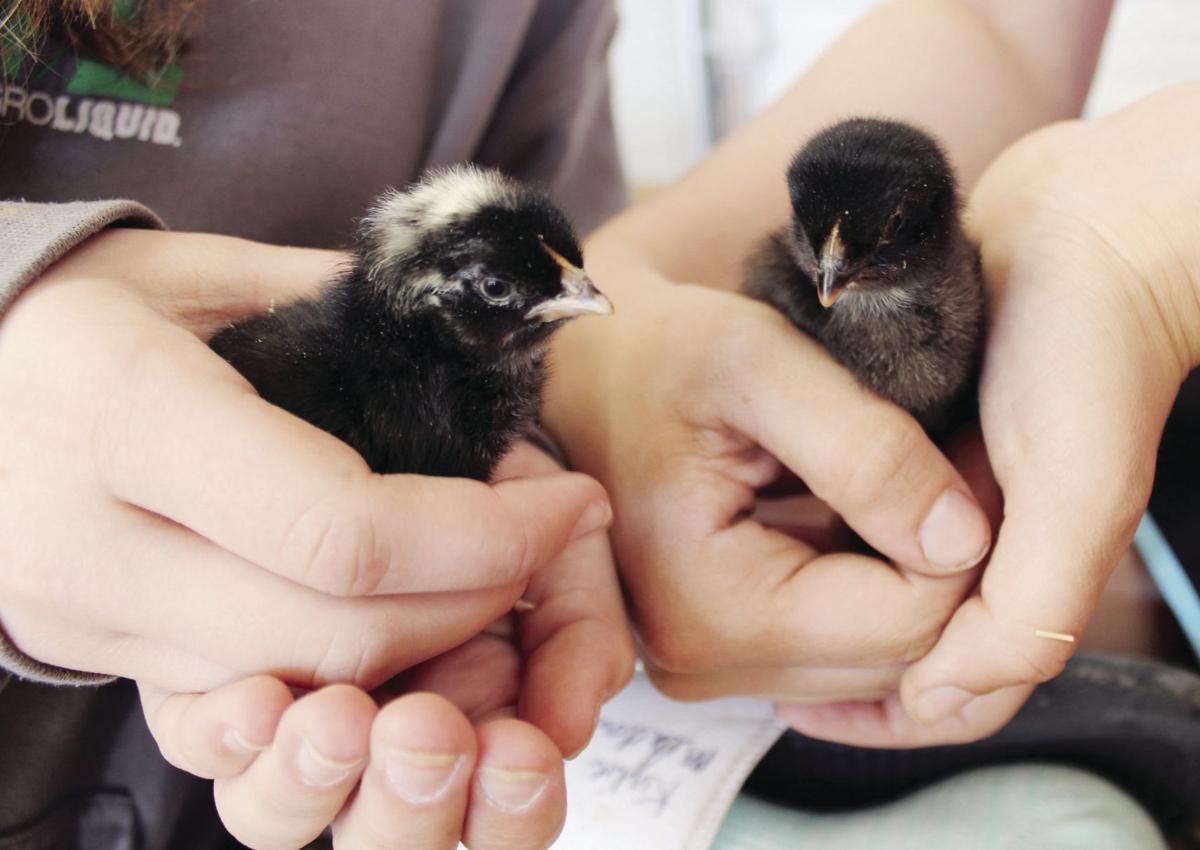 Merrill Elementary School first-grade teacher Laci Teaters talks to Ellen Heaton and Josi Teaters about how to hold one of the chicks that hatched in their classroom in Merrill, Ore.

MERRILL, Ore. — The first-graders in Laci Teaters’ class at Merrill Elementary School had been waiting — 21 days to be exact.

It was day 22, and their wait was over: Two baby chicks were on their feet, chirping.

“Last week was exciting because the eggs were starting to crack,” Teaters said. “You can actually hear them peep while they’re still in the egg, working to get out. So it’s really fun.”

The students, who had been keeping an observation journal and drawing pictures throughout the 21-day hatching cycle, were thrilled. They were able to see inside the eggs through a process called candling – a light is held under the egg, highlighting a dark spot that is the chick growing.

Fertile eggs and incubators were provided by Lost River FFA with the help of the Oregon State University Extension Service and its Oregon Farm to School and School Garden Network grant.

Last week, the eggs started hatching, and the project wrapped up this week as the last of the chicks were transported from the schools to the brooder at Lost River Junior-Senior High School. The chicks will be integrated into the general population of Lost River’s coop as soon as they’re old enough, usually around 12 to 16 weeks.

Lost River agriculture and FFA programs raise chickens, steers, sheep and a pig. The steer provide beef and the chickens provide eggs for the school’s cafeteria. The school also grows vegetables, flowers and herbs in its greenhouse.

“The idea is for students to learn the life cycle and to experience something they wouldn’t see every day,” she said.

Stacey Todd, OSU Extension’s nutrition and Farm-to-School educator, worked closely with the schools during the project.

“I was a bonafide egg babysitter,” she said. Todd took care of any problems with equipment, and she helped with the candling so students could see inside the eggs. In Merrill, they partnered with the local library branch to specially request egg hatching and chick materials so teachers would have books to supplement their curriculum. The schools used Oregon Ag in the Classroom for curriculum resources.

On day 22 in Teaters’ classroom, students excitedly updated their journals, peering into the incubators and heated enclosure and drawing pictures of the two recently hatched chicks.

“Last year, was my first time seeing it from start to finish,” she added. “And it was amazing to watch. I think the special opportunity we have out here is the connection to Lost River. We can send the chicks out there and they can raise them to be laying hens. And then they sell the eggs.”