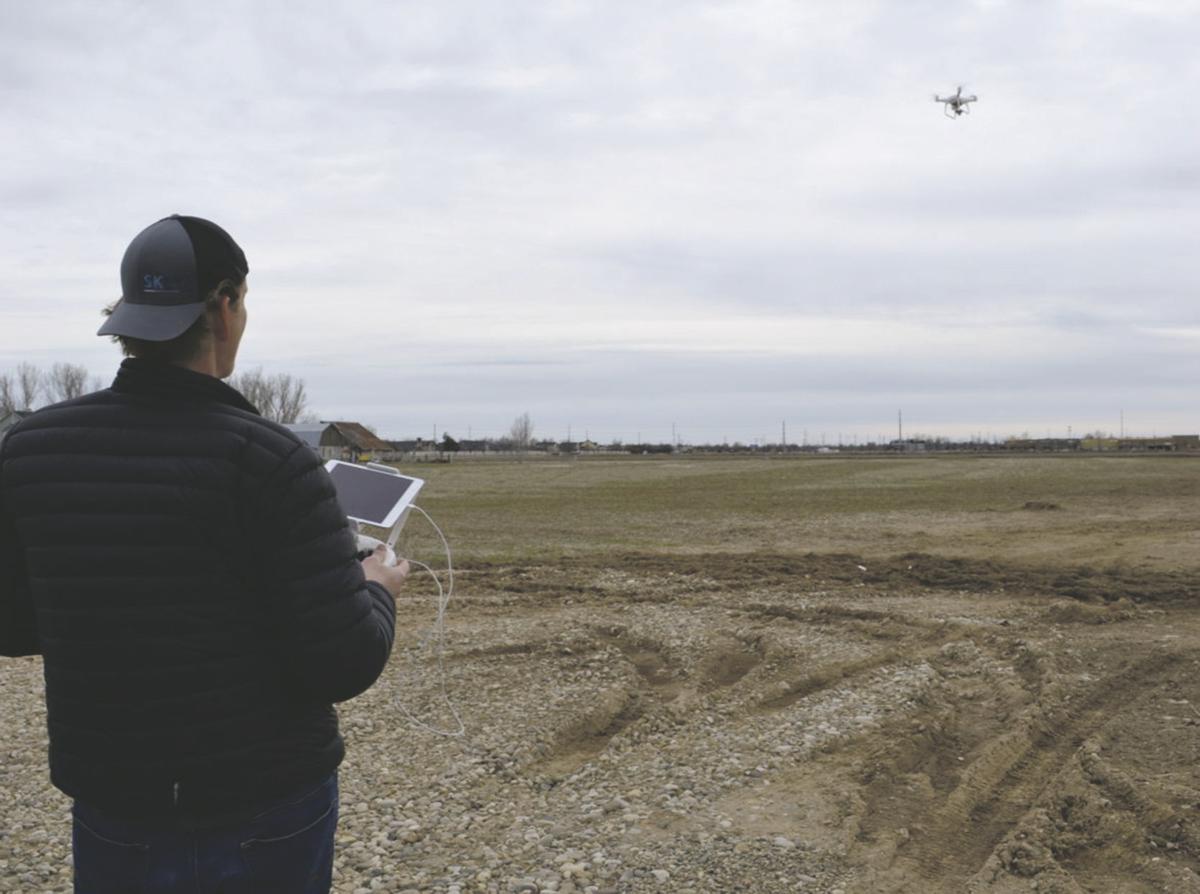 Jeremy Cutler demonstrates a drone flight over a farm field near Meridian. 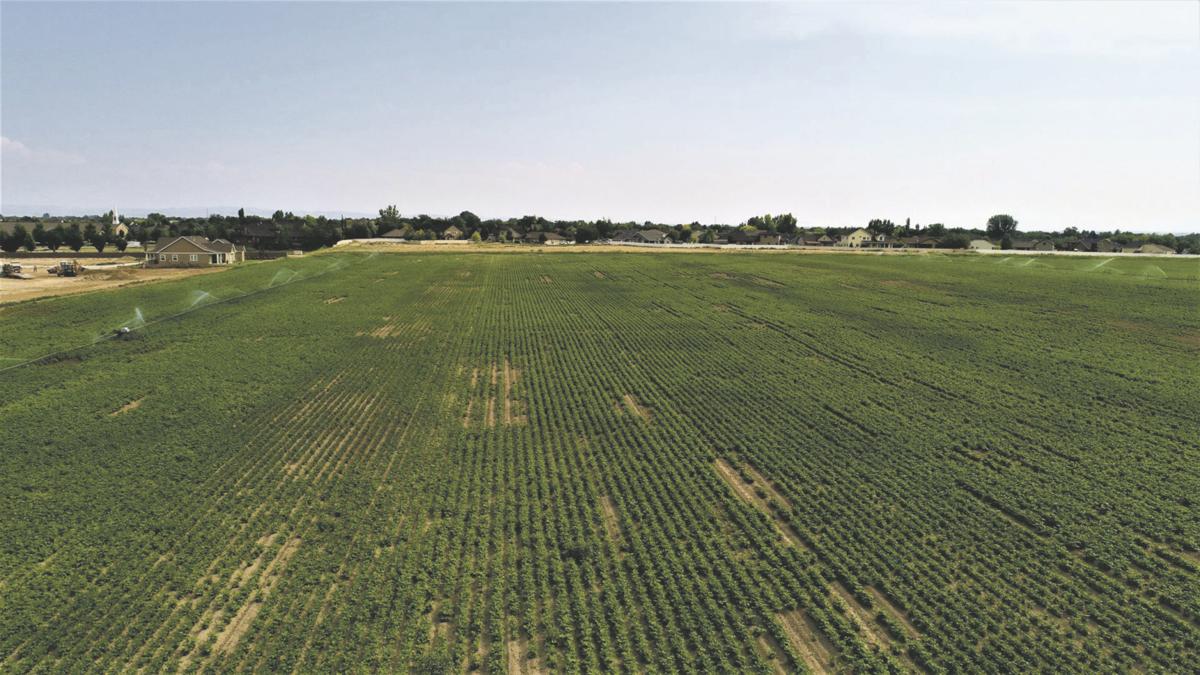 This aerial view of a bean field near Meridian was taken by Jeremy Cutler’s drone.

A photo of a bean field taken by a drone, using near infrared technology to create an NDVI (normalized vegetation index) picture. The green, yellow and red areas indicate various levels of plant health. 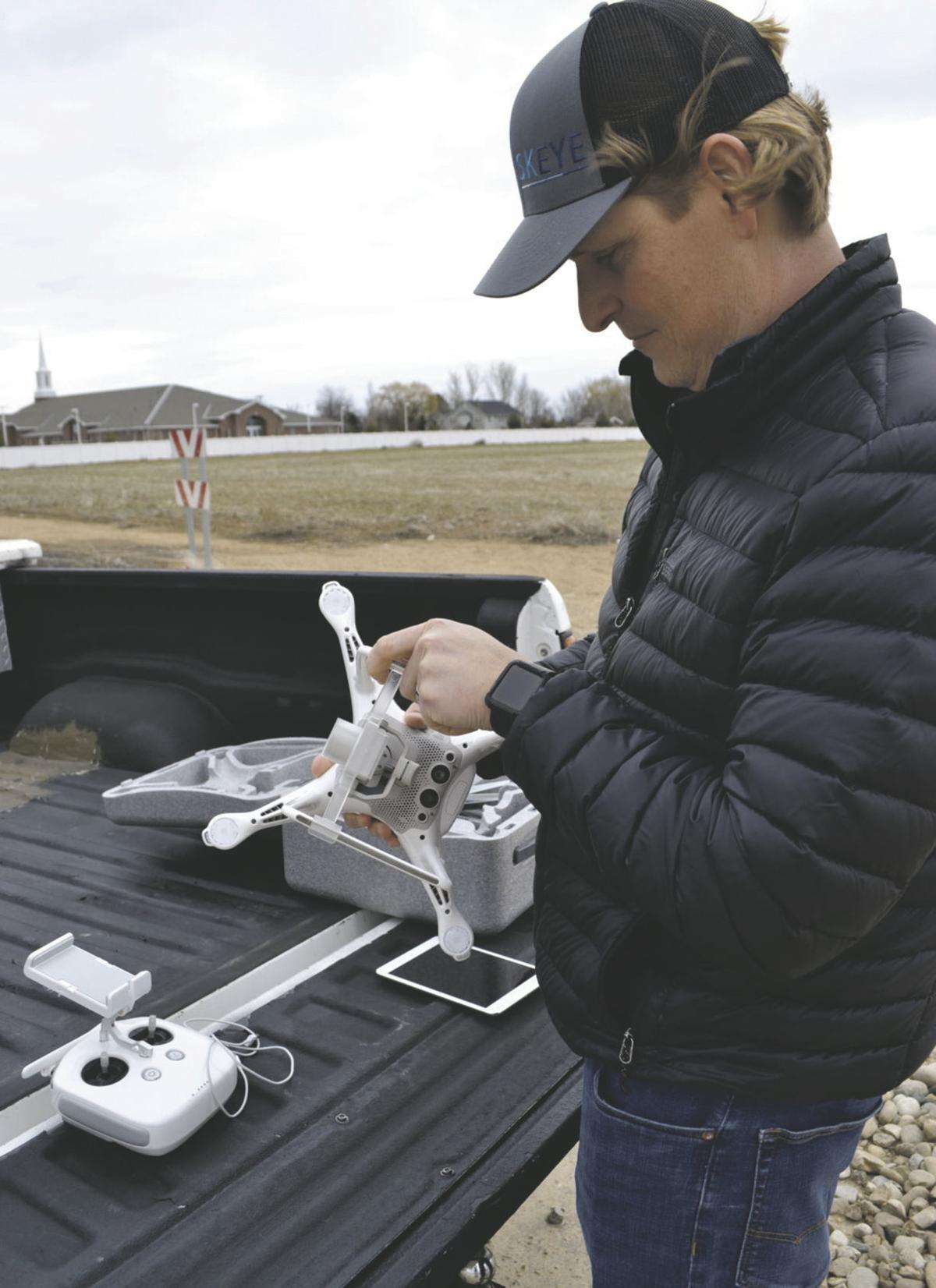 Jeremy Cutler gets ready for a drone flight over a field near Meridian. 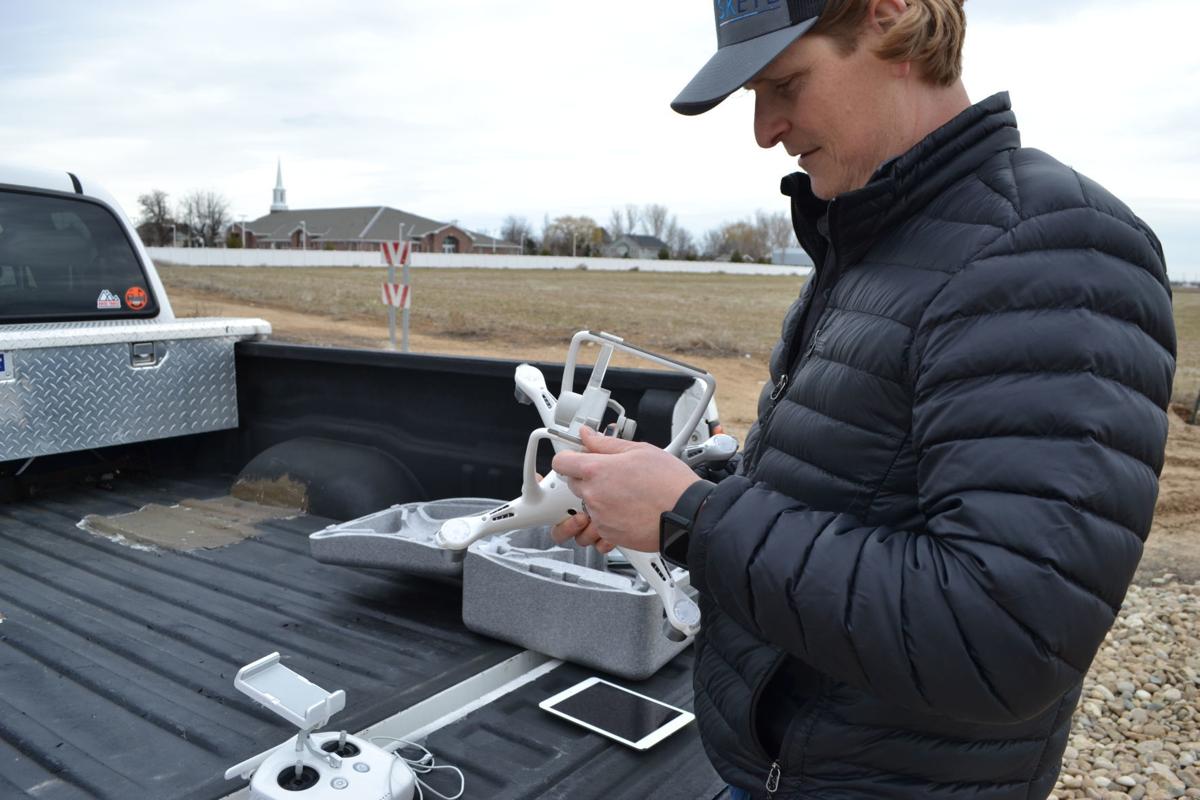 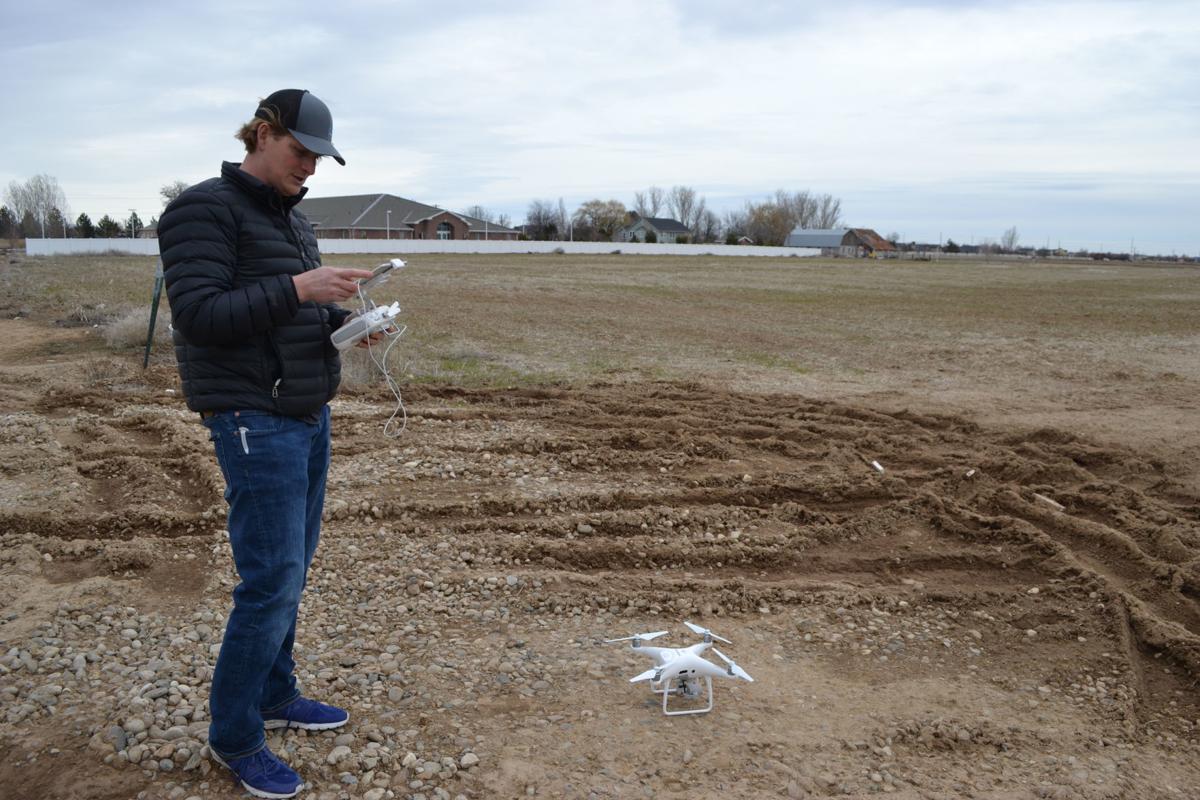 Jeremy Cutler demonstrates a drone flight over a farm field near Meridian.

This aerial view of a bean field near Meridian was taken by Jeremy Cutler’s drone.

A photo of a bean field taken by a drone, using near infrared technology to create an NDVI (normalized vegetation index) picture. The green, yellow and red areas indicate various levels of plant health.

Jeremy Cutler gets ready for a drone flight over a field near Meridian.

MERIDIAN — If you see a drone buzzing over a field near you, it might be your neighbor’s kid taking his quadcopter up for a spin, or it could very well be a farmer checking on his crops.

Increasingly, drones and their potential are expanding beyond the realm of hobbyists and into many different areas of the public sphere, including agriculture.

According to Cutler, some farmers have been hesitant about this new technology, but it was the same way in the early days of using GPS in farming, which is now heavily integrated into farming equipment.

Cutler anticipates it will be the same way with drones.

“We’re at this point of explaining what it can do, being an advocate and educator so they (farmers) will adopt the technology,” he said. “I’ve noticed a definite step forward.”

For Cutler, his drone business is the convergence of three interests. He is a mechanical engineer, he grew up in a farming family and had a pilot dad who instilled in him a love of aviation. When he first read about drones being used in agriculture, it sparked an interest that set him on a path of research into how he might be involved. In 2015, he bought his first drone and started experimenting.

Originally from the Twin Falls area, Cutler began doing flights over the fields of some interested farmers there, and interacted online with drone operators in other parts of the country.

“I just dove in and experimented and figured out what worked and what didn’t,” Cutler said of those early days.

What Cutler has come to focus on is mapping. He programs his drone to fly on its own and take hundreds of pictures of the entire field, which he then processes through software that stitches the pictures together. The result is an image that looks similar to a Google maps image, only more up to date and with higher definition.

Cutler said drone technology offers many advantages to the farmer, with one of the primary ones being crop scouting. Farmers have traditionally walked their fields, or driven by them to check crop health, but, as Cutler said, it’s difficult to know from the edges what is going on in the center.

Farmers have used satellite imagery for many years, Cutler said, but those services may only be able to offer updated images every two weeks.

“With drones we can do a lot higher resolution and we can fly at any time and we’re not at the mercy of the satellite schedule,” he said. “With some satellite companies you have to pay for the whole farm. We can do precise pictures of whatever they want and much more accurately. The cost is lower than satellite companies typically and the quality is much better.”

Drone mapping at different stages of farming can be beneficial to farmers, Cutler said, such as at the crop emergence stage. “That’s a good time to do some mapping,” he said. “Without walking the whole field, it tells you how effective your planting was.”

Another good time to use a drone would be right before pesticides or fertilizers are to be applied. Cutler said data from mapping at this time can be used to write a “prescription” for the field.

Another way drones can help track crop health is using NIR (near infrared) technology, which captures light invisible to the naked eye. According to Cutler, plants reflect NIR light based on their health, so it can indicate crop stress before it can be seen. Cutler processes an NIR image using an NDVI (normalized differential vegetation index), which outputs a picture that has green, yellow and red areas, indicating various levels of plant health.

While still working a full time engineering job, Cutler sees potential for his business to become a fulltime venture.

“There is a lot of potential in agriculture,” he said. “It’s not to the point with farmers where they have embraced it full scale. But the farmers are going to get there.”