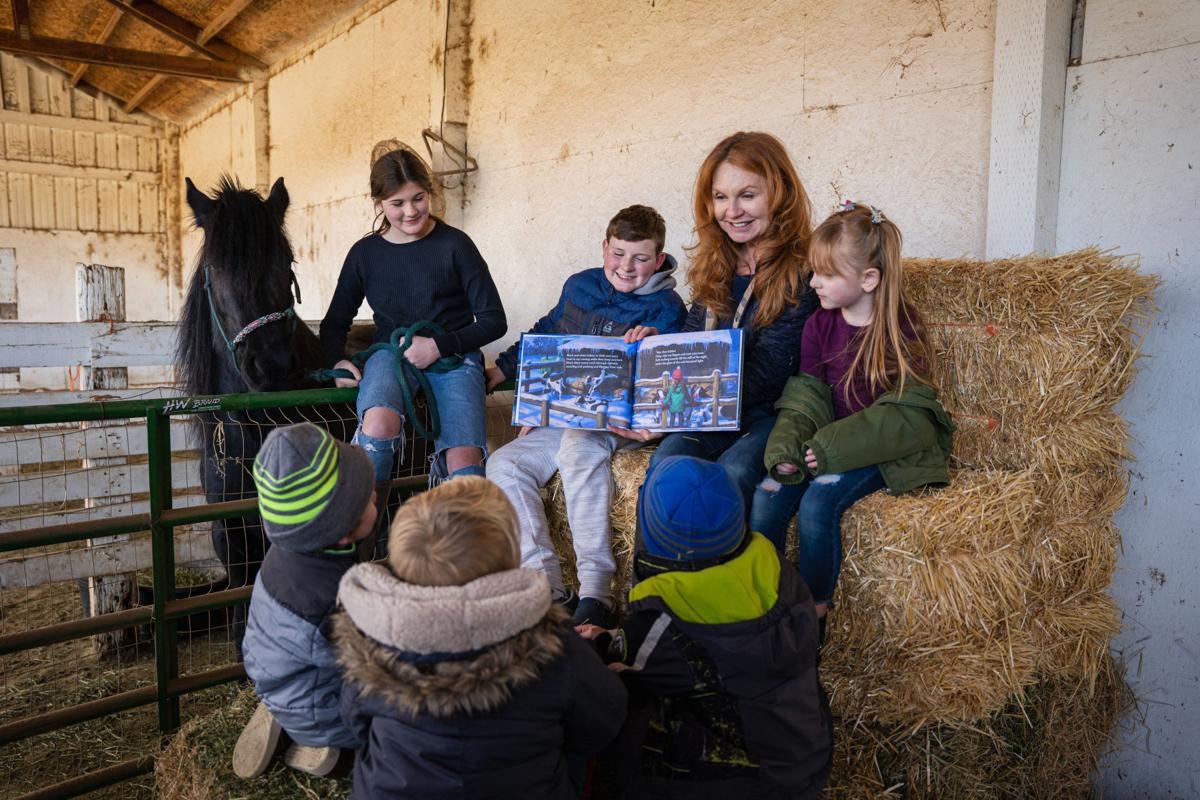 Carla Crane Osborne, of Meridian, reads to her grandchildren in the barn she has cherished since childhood. 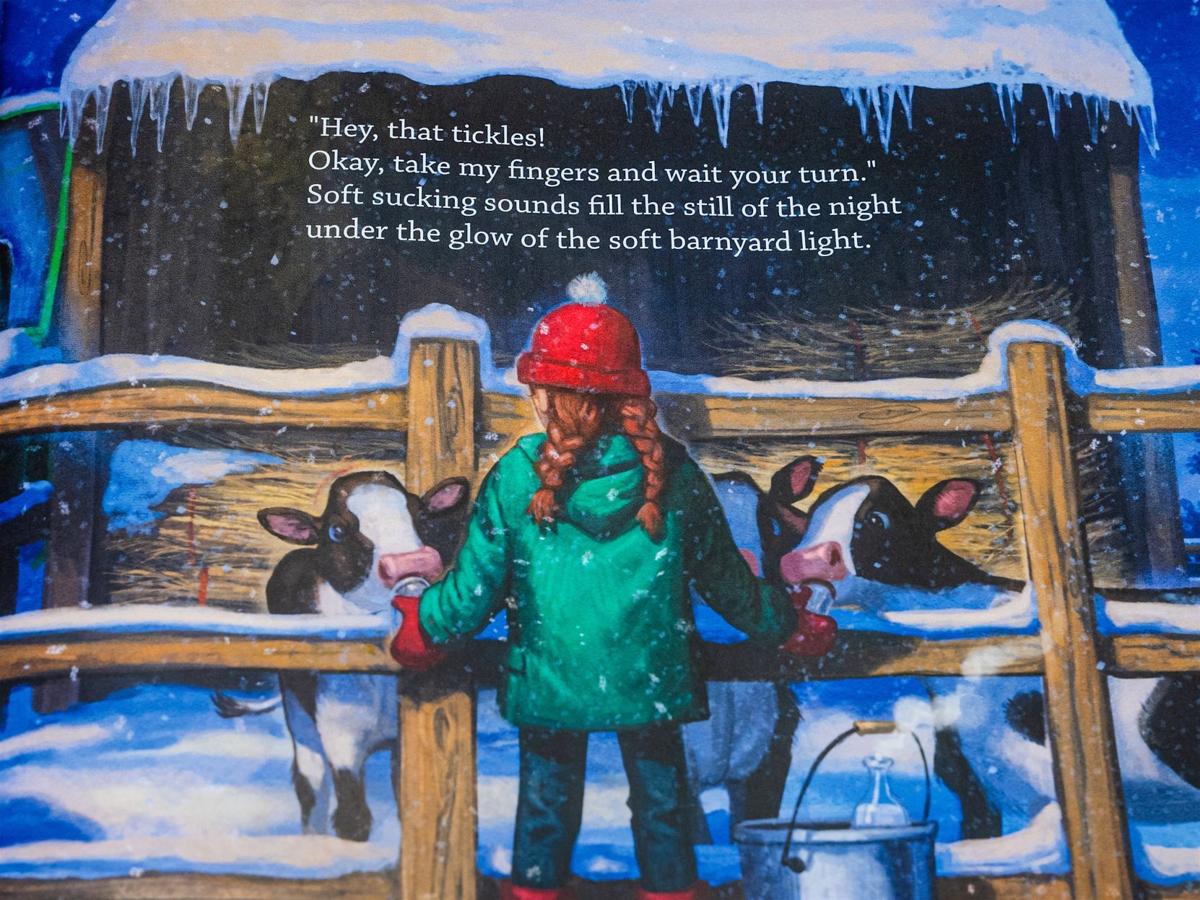 Carla Crane Osborne's writing takes readers with her while she does evening farm chores. 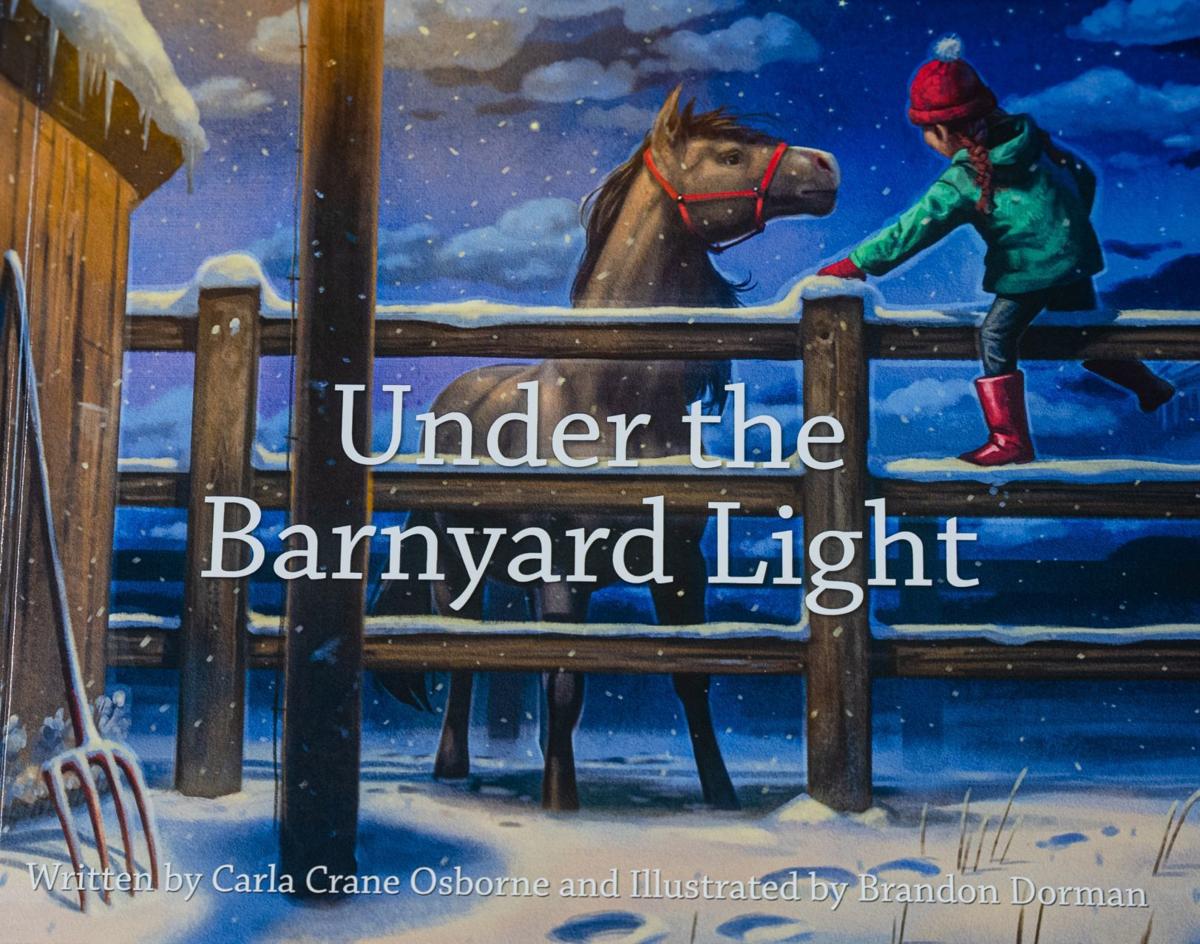 “Under the Barnyard Light” was awarded the prestigious Ben Franklin Award from the Independent Book Publishers Association in the children’s book category.

Carla Crane Osborne, of Meridian, reads to her grandchildren in the barn she has cherished since childhood.

Carla Crane Osborne's writing takes readers with her while she does evening farm chores.

“Under the Barnyard Light” was awarded the prestigious Ben Franklin Award from the Independent Book Publishers Association in the children’s book category.

A first-time author has won a national award for her children’s picture book about Idaho farm life.

“Some kids think food just appears on a grocery store shelf and have no idea it’s grown on a farm,” said author Carla Crane Osborne.

She grew up on a family farm in the Unity area east of Burley. Her brother is the fifth generation to run the business.

In April, Osborne’s book, “Under the Barnyard Light,” was awarded the prestigious Ben Franklin Award from the Independent Book Publishers Association in the children’s book category. The program was established to recognize excellence in book editorial and design among independent publishers.

The 26-page book took a decade to produce and was published last fall. Its pasture-to-plate message convinced a nationally acclaimed illustrator and publisher to produce it.

Osborne joked that completing the book was more strenuous and time-consuming than any farm chore she has done and was ultimately gratifying.

While writing the book, she said her goal was “to bring to life a snapshot of the past, so children today can experience a sliver of the magic I knew growing up on a farm with all its wonders -- especially the winter sky at dusk. It was a deep blue. I was thrilled to find an illustrator who painted the color of the evening sky perfectly.”

While helping her dad care for their livestock, a mercury light cast a soft glow over the barnyard.

“The warmth of the light represented love and security to me,” she said. “It was so still and peaceful.”

To find the right illustrator, she searched the Internet for a year. She finally found Brandon Dorman, who has illustrated two dozen picture books including the covers of New York Times best-sellers “Fablehaven,” “Goosebumps,” and “The Land of Stories.”

She contacted the agency that represents him and sent him a copy of her manuscript.

“Brandon told me he wanted to illustrate my book because he believed in its messages,” she said. “He was contracted to other writers, so he squeezed my book in between other projects.”

It took four years for him to complete the illustrations.

“It was worth the wait,” Osborne said. “When I showed the illustrations to our grandchildren, they told me, ‘Hey, that looks like where you grew up.’ ”

“They told me for the first time they would print a children’s book because my manuscript’s message resonated with them,” she said. “They said my writing made them feel like they were there in the barnyard with me pitching hay to horses and bottle-feeding calves.

Instead of dreading evening chores, Osborne said she cherished the work and in her memories can still hear horses nicker and calves moo when they saw her coming to feed them.

“It was a magical time for me,” she said. “When I was done, I’d catch snowflakes on my tongue and kiss our horse Dandy goodnight.”

Osborne’s book is the first in a series, Go Gona (pronounced Go Na) Go, a nod to her nickname.

“My brothers called me Gona because they said I was always going somewhere on an adventure,” she said. “I had so much fun with the first book, I decided to write two more.”

“Pony Express” will be released soon, followed by “Alex the Lamb.”

Besides farm chores, another beloved childhood memory was going to the local libraries with her mother every week. Osborne donated copies of her book to libraries and reads to students in schools.

Osborne said she and her husband, Ron, who grew up in Heyburn near Burley, will always have a sentimental connection to southeastern Idaho. They live in western Idaho in Meridian where they run their family businesses dealing with real estate, storage units, and insurance.

The Osbornes own land near Albion, about 14 miles east of Unity. For years, they returned to the family farm with their children to instill in them an appreciation of farm work.

“We get over to eastern Idaho as much as we can. It will always be a special place for us,” Osborne said. “I hope my books foster a love of reading and make children feel like they’re at a family farm going on their own adventures.”