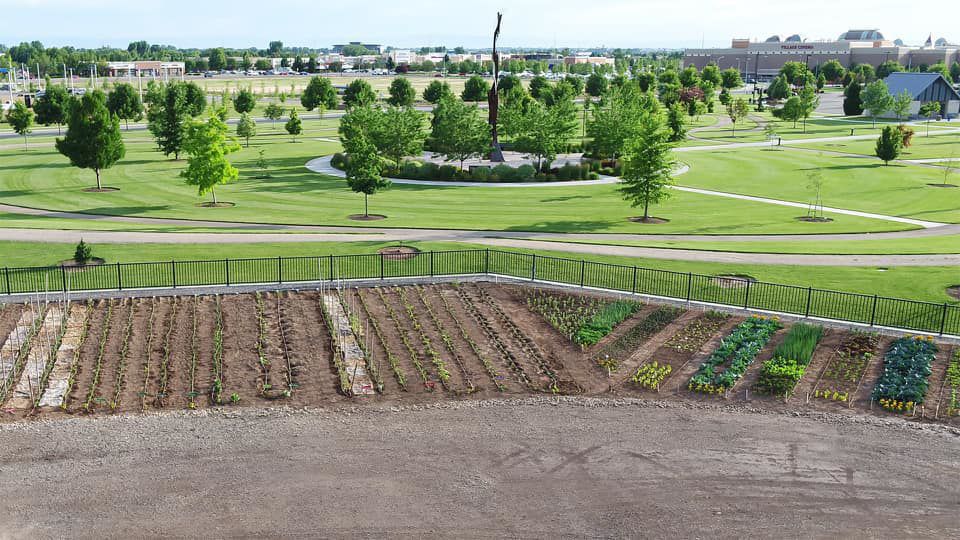 The community garden at Kleiner Park in Meridian is managed by the Meridian Co-op Gardeners. 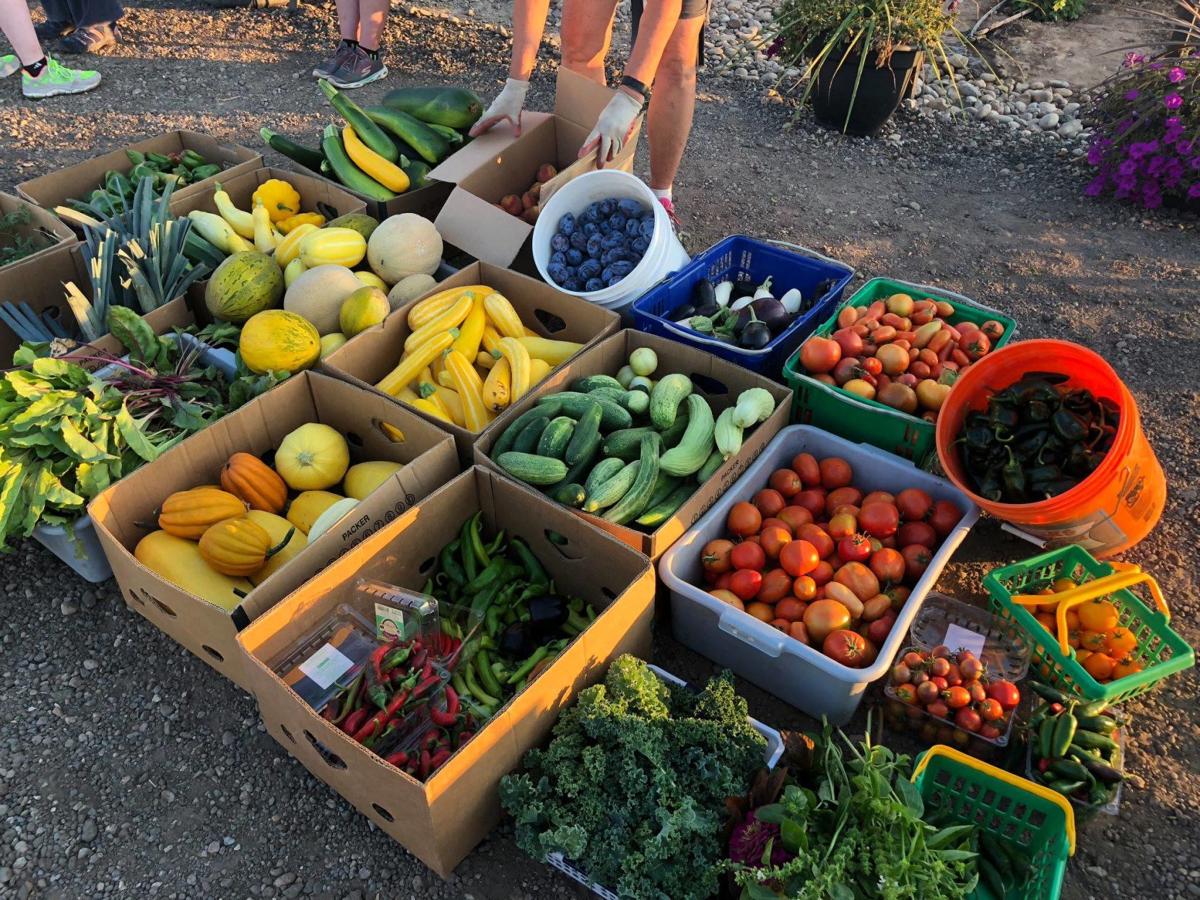 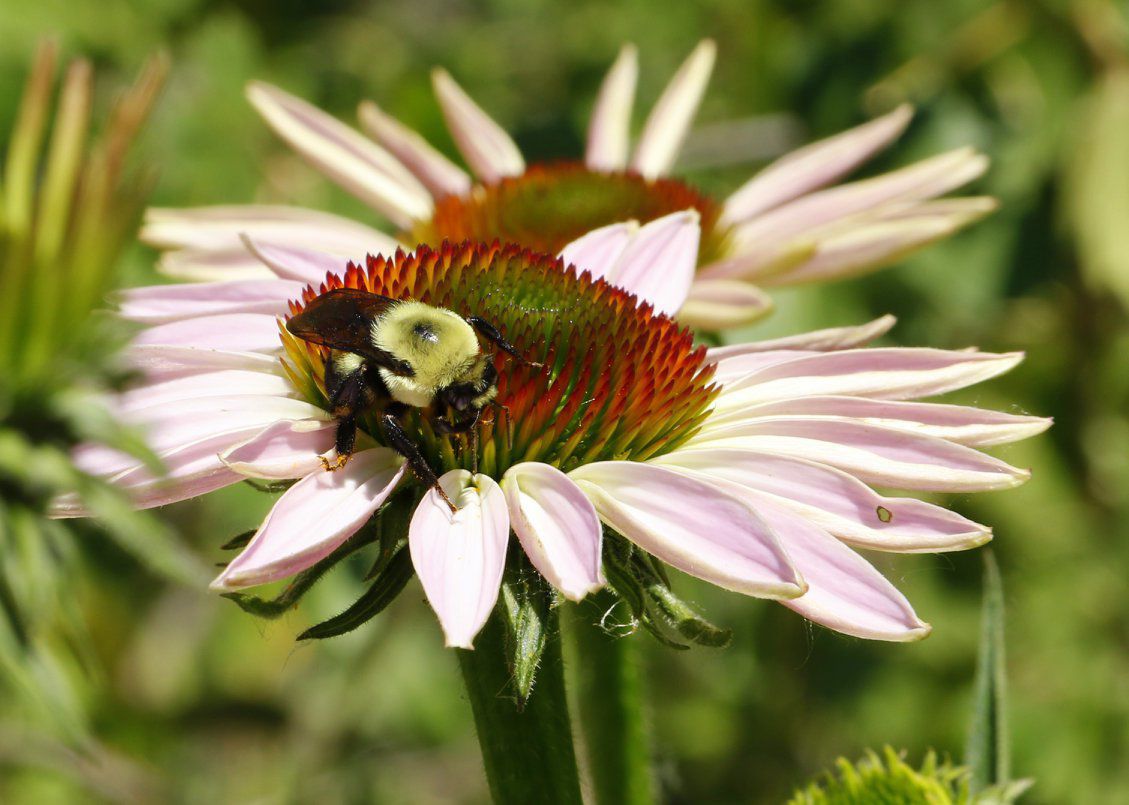 Idaho Fish and Game and its conservation partners are collecting field observations of bumble bees. Here, a bumble bee lands on a coneflower at the Garden City Pollinator Habitat.

The community garden at Kleiner Park in Meridian is managed by the Meridian Co-op Gardeners.

Idaho Fish and Game and its conservation partners are collecting field observations of bumble bees. Here, a bumble bee lands on a coneflower at the Garden City Pollinator Habitat.

MERIDIAN — The Treasure Valley’s booming growth is hard on native pollinators — like butterflies and bees — whose habitats are disappearing in the construction.

Juli Bokenkamp, president of the Meridian Co-op Gardeners, said without those native habitats, pollinators struggle to find a place to live.

The Meridian Co-op Gardeners are planting a pollinator garden later this spring near the community garden they manage in Kleiner Park, providing a home for those insects.

The pollinator garden will have native plants and shrubs, and a variety of wildflowers providing pollen and nectar, said Bokenkamp. The garden will be open to the public and the gardeners plan to install signs with each plant’s name later this year.

The city of Meridian is also planning to include a pollinator garden in phase one of Discovery Park, opening this summer on south side of Lake Hazel Road between Locust Grove and Eagle roads. The garden will be around 10,000 square feet, according to Meridian Parks and Recreation Director Steve Siddoway.

The Meridian Co-op Gardeners are paying for the pollinator garden with a $979 grant from the Idaho Botanical Garden Lunaria Grant Program and with roughly $2,000 of in-kind donations from Treasure Valley businesses.

The gardeners are also using part of the grant to plant around six to seven fruit trees in Kleiner Park.

The Meridian Co-op Gardeners are basing their pollinator garden off the Garden City Pollinator Habitat, which opened in September 2016 next to North Glenwood Street by the Boise River Greenbelt. The garden has about 100 species of pollinator-friendly plants and serves to educate the public. The plants are labeled and the garden has informative plaques with details about pollinators.

“We want people to see what the plants look like,” Judy Snow, chairman of the Garden City Pollenteers, said. “Our big push is to educate people.”

While most people think of honey bees as the main pollinator of plants, there are actually 4,000 species of native bees in the U.S., Snow said.

Honey bees were imported into the U.S. hundreds of years ago, and about 90 percent of all the nation’s honey bees travel to California’s almond orchards every year to help pollinate.

The trips puts a lot of strain on the bees, and also invite disease to spread between the colonies. Over the last decade, scientists have also identified colony collapse disorder — where a majority of worker bees disappear from a colony — as a large problem leading to more bee hives dying off during the winter months, according to the U.S. Environmental Protection Agency.

Because of this, gardeners and scientists have been focusing more on species native to the U.S. — many of which are “specialists, so they only pollinate one plant,” Snow said.

“If that plant goes away, the bees goes away,” she continued. “When we lose natural habitat, we lose pollinators and insects from that habitat.”

Snow also noted that some insecticides are especially harmful to bees and other insects.

The city of Boise is having conversations about joining the program, according to Lisa Duplessie, education manager for Boise Urban Garden School and Foothills Learning Center.

Boise has four pollinator gardens, and in 2016 the city volunteers planted milkweed in several of the city’s parks and pathways to attract Monarch butterflies, Duplessie said.

Unlike many community gardens where gardeners each have their own plot to take care of, all of the Meridian Co-op Gardeners 30 families share responsibilities, and in turn share the harvest.

The garden had to turn some families away this year and in the past because all of its spots were full. Next year’s garden already has an eight-family waiting list.

The city of Meridian wants to include another community garden in phase two of Discovery Park, on south side of Lake Hazel Road between Locust Grove and Eagle Roads.

Meridian Parks and Recreation Director Steve Siddoway said the city still needs to find an organization that could run the community garden.

“The agreement we have at the Kleiner Park community garden has been extremely successful and we would like to replicate that model again in the future,” he said over email.

The city plans to open phase one of Discovery Park — making up 27 acres of the park — this summer. Construction of the rest of the park — about 50 acres — is largely depend on the results of the current impact fee study and the availability of future funding, the Meridian Press previously reported.