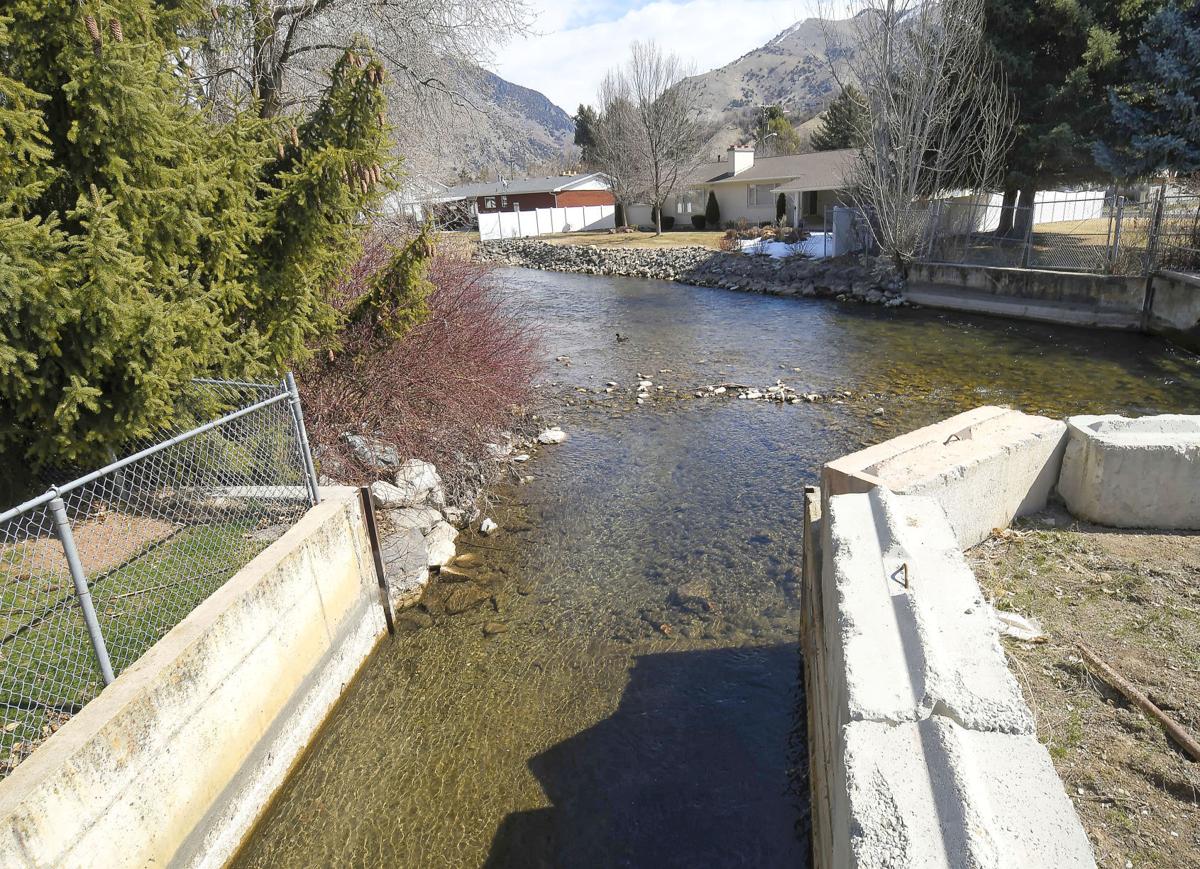 Water is diverted into a canal from the Logan River at the Crockett diversion structure near River Hollow Park. 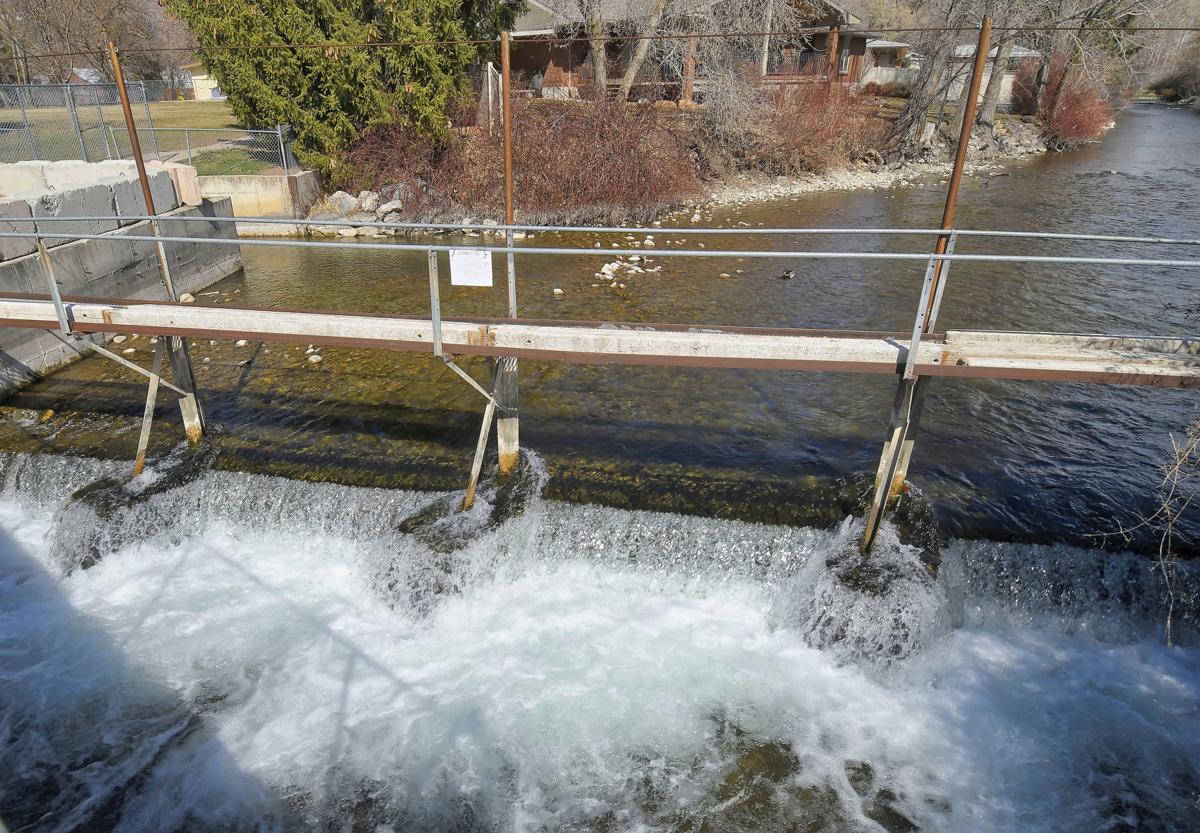 The Logan River flows by River Hollow Park, where it is diverted into a canal on Tuesday.

Water is diverted into a canal from the Logan River at the Crockett diversion structure near River Hollow Park.

The Logan River flows by River Hollow Park, where it is diverted into a canal on Tuesday.

Entities planning a major flood-control and irrigation-efficiency project are pledging to work with residents concerned about depletion of beloved natural features in the Logan area.

Chief among concerns is an element in the proposal calling for piping several miles of irrigation canals originating from a diversion structure near Crockett Avenue and Canyon Road in Logan. Critics worry elimination of free-flowing canals will destroy riparian habitat and eliminate popular water features at parks, seriously degrading the local quality of life.

Project planners, however, attribute some of the concerns to false rumors and say they will be working closely with the community to limit negative impacts.

“It’s not a set project right now. We’ll develop a number of alternatives and develop those through the period of environmental analysis, and at that point one possible solution may be to pipe one or a number of the canals,” said Nathan Daugs, water manager for the new Cache Water District, which is sponsoring the project termed the Logan River Watershed Plan.

The first deadline for public input on the plan expired in March following two online “scoping” meetings. Written public comments will be evaluated by the National Resources Conservation Service, which granted $600,000 for an initial study and would offer $25 million toward the project if ultimately approved. But that won’t happen at least until sometime after the fall of 2022, when a draft environment assessment is presented and more public comment is taken.

Although still in a very preliminary stage with no fixed elements, the plan could include construction of a new diversion station for Logan River water close to the mouth of Logan Canyon, piping of what are known as the “Twin Canals” going north and west out of Logan, piping of a stretch of canal between Logan Bluff and Merlin Olsen Park, and installation of flood-water collection infrastructure in Logan, North Logan and Hyde Park.

Daugs said flood-control issues dating back years in the three communities were the genesis of the project. After doing a several mitigation studies, the cities started working with representatives of the Crockett Irrigation System, which serves as an umbrella for 10 different canal companies and operates the current Logan River diversion facility near Crockett Avenue.

When the opportunity for federal funding arose, the water district entered the picture because the grants available through NRCS require oversight by an agency that serves all the entities involved.

“There are a lot of projects that are going to go ahead regardless, because the cities need to do flood conveyance,” Daugs said. “Those canals are over 100 years old, and there are areas in need of maintenance and repair. This (the grant money) just gives us a chance to look at the entire watershed and say, ‘How can we deal with some of those resource concerns?’”

Logan resident Mary Reynolds, who wrote a letter to the editor in today’s Herald Journal criticizing the proposal, disputes there is a pressing need for flood control along the canals in the Crockett network.

“I would argue that in the 35 years I have lived here there were only two years when flooding was a concern, and sandbagging was sufficient,” Reynolds wrote. “The major flooding has historically been along the Blacksmith Fork River and into the heavy development that was permitted on its floodplain (unfortunately for those homes and businesses). How can major spending be justified to manage flooding on the Logan River? We already have three dams for that. How can the loss of this city’s waterways culture and the recreation it provides be justified?”

Another letter writer, Sammy Laird of Logan, expressed fear the project would lead to covering of the canal commonly known as the Little Logan River that runs through Merlin Olsen Park and the Cache County Fairgrounds.

“Generations and generations of families have enjoyed this beautiful water feature. I have been to over a hundred fairgrounds in my lifetime for various events, and the large trees and beautiful creek area definitely sets ours apart!!!” Laird wrote. “The water features through these recreational areas are priceless. Once it is gone it can never be replaced.”

Project manager Zan Murray of J-U-B Engineers said none of the tentative plans for the project involve the canal that far south, though those sections of waterway could ultimately be included.

“In the long term there’s some options to look at potential pressurizing and providing irrigation to residential users and creating a larger system, but right now that’s not specifically part of this project,” he said. “Obviously the water features that exist in those parks and in those areas are important to the community, and so as we go through and review alternatives, those items will be considered … and my hope is that we’ll be able to work on an alternative that maintains the water in those areas.”

Murray cited mitigation efforts with the 2013 piping of the Logan Hyde Park Smithfield Canal — another J-U-B project — as an example of satisfying both aesthetic concerns and irrigation company needs. Though the canal was piped through the Logan Country Club and Lundstrum Park areas, donated water shares were used to maintain a separate open channel in those areas with some water flow, albeit less than the original canal. A walking trail was also added over the covered portion piping.

“In that instance there were some efforts made by various stakeholders to retain some of that feature, and a lot of people teamed up to make that happen. I think it turned out to be a great situation for the people and the community,” Murray said.

A person familiar with the area, however, told The Herald Journal this week that the flow rate in the alternative channel has been much less than anticipated and hoped for by both the country club and neighborhood residents.

Like all of the details in the project at this point, the idea of rebuilding or moving the Crockett diversion structure is far from finalized. A new location closer to First Dam has been talked about, but no exact site has been singled out, Murray said. Likewise, the idea of piping and creating a trail on the canal section between Logan Bluff and Merlin Olsen Park is currently just conceptual.

Contrary to speculation by some critics, the project would not reduce legally protected water flows in the Logan River, according to Murray, who went on to suggest water conservation achieved by the proposed measures could actually enhance the river ecosystem.

“If we’re more efficient with our water use, that means we don’t have to divert as much water into the canal, and that water can continue to run down the river,” he said. “That water will be there longer during the summer so the plants and the trees and the vegetation will be sustained for a longer period of time.”

Murray said another public misconception has been that J-U-B Engineers conceived of the project, presumably as a money-making venture.

“There’s a perception that it’s J-U-B’s project, and that’s incorrect,” he said. “The project is overseen by the Natural Resource Conservation Service, and the project is the Cache Water District’s project along with Logan city, North Logan city, Hyde Park and the Crockett Irrigation Company. We’re here to support those entities on their project.”