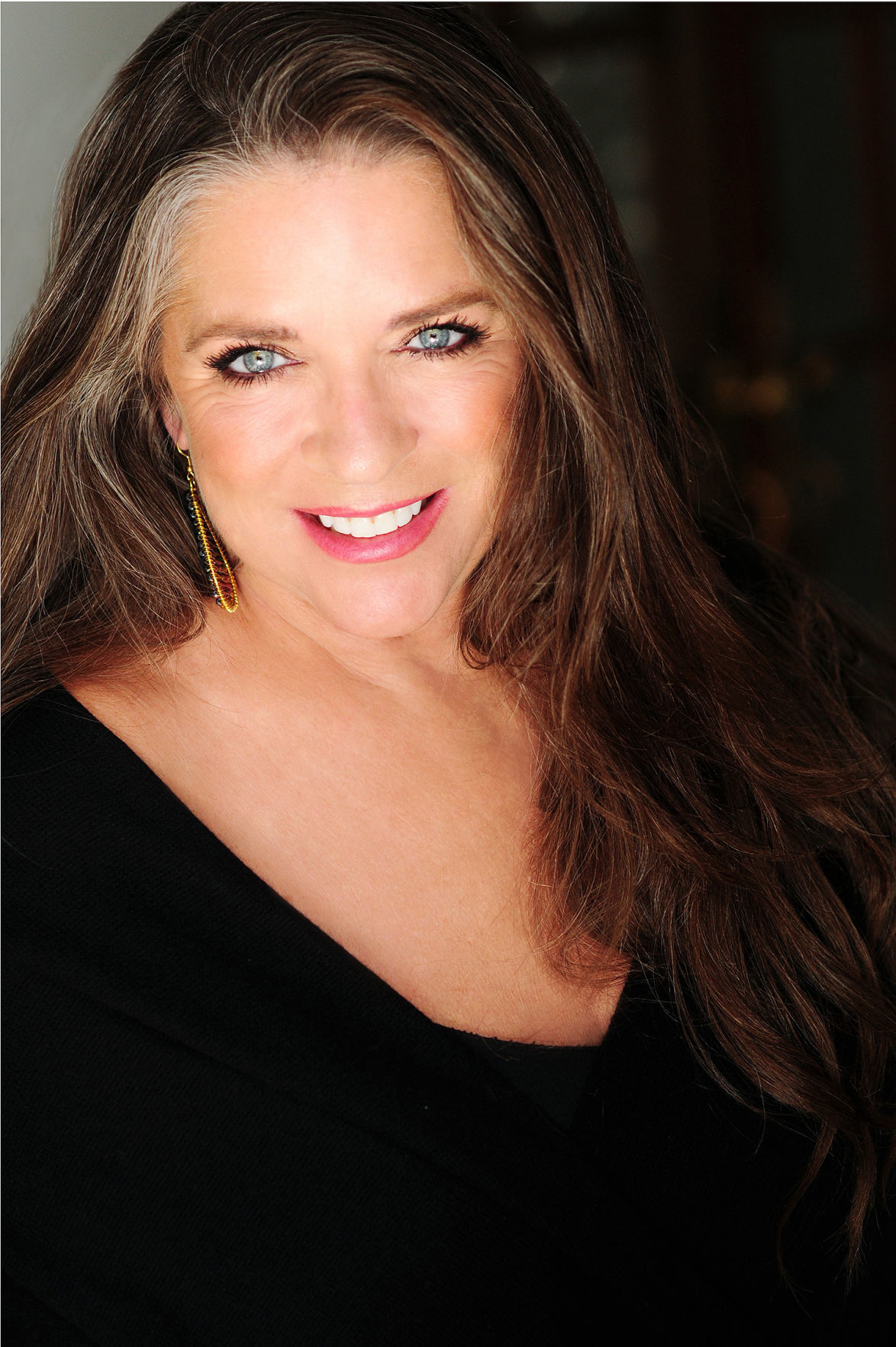 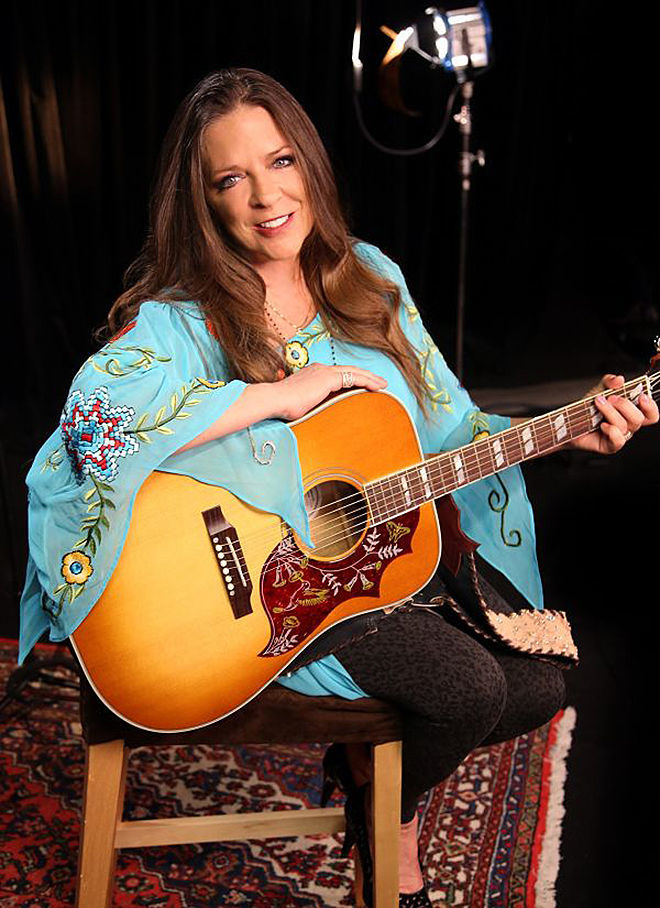 Carlene Carter has stories to tell.

Many of the stories come out in her songs, and some she tells in between the singing and guitar strumming. Songs of love, sorrow and relationships with family and husbands. Nowadays, she tells her stories — good and bad — punctuated with hearty laughs.

She’s been called “country music royalty” and has the pedigree to prove it: Her grandmother was Maybelle Carter, her mother June Carter, father Carl Smith and stepfather Johnny Cash.

“I think it’s pretty dang funny,” Carter said during an interview with the Post Register. "I kind of laugh when I see it, but I tell you what, I don’t mind being a princess or a queen. If people want to work for me, I’m good," she laughs.

Carter will be in Idaho Falls to perform 7:30 p.m. March 6 at the Colonial Theater. Find tickets at www.idahofallsarts.org/carlene-carter.

She said she’ll bring a mix of Carter Family music and a lot of her own stuff. Two other musicians will join her on stage playing a variety of instruments.

Growing up in one of America’s most famous music families seemed a natural thing. She tells of going out on stage at age 4.

“I was raised by a bunch of country singing women,” she said. “It just rubbed off on me. I never really looked at it like they’re famous or anything like that because it didn’t seem that way. They were super down to earth.”

“I was encouraged to never take it for granted or get the bighead. That was one of the things my grandma would say, ‘Don’t get the bighead because then everything would go wrong.’ I really feel fortunate that I got that message of carrying on the legacy.”

Things haven’t always gone rosy for Carter. She married twice while still a teenager. She became a teenager with “Big John,” as her stepfather.

"(I) was his first teenage girl in the house,” she said. “He was very, very protective. He would bad vibe any boy that came to the door. Oh my gosh. Can you imagine Johnny Cash hovering over you and answering the door as a young guy? He scared a lot of them off, but unfortunately didn’t scare all of them off."

She spent several years in Britain where she married musician-producer Nick Lowe. The music she created reflected her times. She called it country-rock. Others called it a blend of Carter Family country with British new-wave rock. During the ‘70s and ‘80s, she co-wrote songs for The Doobie Brothers (“One Step Closer”), Squeeze, Leo Sayer and The Go-Go's.

She returned to America and began performing with the Carter Family again. She also wrote songs with members of Tom Petty’s Heartbreakers and others through the ‘90s. Howie Epstein, the Heartbreakers bassist, and Carter were engaged in the mid-to-late 1990s but never married. Epstein died in 2003 of a suspected drug overdose.

“My life kind of blew up and fell apart in early 2000,” she said. “I needed to collect myself and get myself healthy. Then my Mom, and John and my sister all died within six months of each other (2003). That was brutal. It took me a couple of years to be able to feel like singing again. I had to go through some really good grieving and starting all over again. I came back with an album called 'Stronger' that came out in 2008. I wrote it in 2005 in about a three-month space of time. I was really proud of that record because it really did reflect a lot of what happened to me and was going on with me. Falling in love, losing a partner I had for a very long time. It was real cathartic for me.”

Fellow musician Elvis Costello called the album “astounding” and her former collaborator, Bernie Taupin, called the it “a staggering achievement.”

“We made a record together ('Sad Clowns & Hillbillies') and I got back to touring a lot with him,” she said. “We did about 200 dates together. That got me back to playing by myself.”

Carter's website reports that Mellencamp was asked if he discussed narrative songwriting with Carlene, and replied, "I really couldn't say anything to Carlene about songwriting because she's a better songwriter than I am, so what am I gonna tell her that she doesn't already know?"

After working with Mellencamp, Carter eventually remarried and moved back to Tennessee outside of Nashville.

“I have been so happy to come back here and be a part of the songwriting community and the music scene here,” she said. “I can pretty much go out any night I want to and see somebody who is awesome play. That's really important to me to stay inspired.”

In 2018, Carter celebrated her recent move back to the Nashville area with a series of shows at The Bluebird Café, according to her website. One of her guests was friend Pam Tillis, who said, "It's so good to have Carlene Carter back in town. One of the more charming people I've worked with and a helluva songwriter, this is gonna be fun."

One recent collaborative project, “Carter Girl,” was a tribute to her extended family.

“It was quite brilliant to experience making a record,” she said of “Carter Girl.” “There were seven people on that record that have already passed away. We were singing with them and I was playing guitar with them. It was really fun. My brother did an awesome job putting it all together as the producer.”

Carter said the record gathered together recordings of family passed on and those still living to create songs spanning three generations.

“It also bonded what was left of all us Carters, there’s about 30 of us if you count all of us up in Virginia,” she said. “In our archives, we had recordings that had not been used or heard before. We had a recording of Sarah (Maybelle's cousin) singing. She used to record reel-to-reel tapes and send them to my Grandma instead of sending letters or calling long distance back in the ‘60s. ... So, she would make a recording and say, ‘Hey, Maybelle, I got this song I feel like singing to you.’ So that’s how the album starts with her singing 'Father On.'”

When Carter comes to Idaho Falls she plans to make it a casual experience.

“I just go out and say, ‘Hi,’ and pretend we’re in my living room, and we’re all just talking,” she said. “People who don’t even like country music end up liking it, just because it’s very entertaining. It is fun. And my guys are brilliant, I love ‘em.”