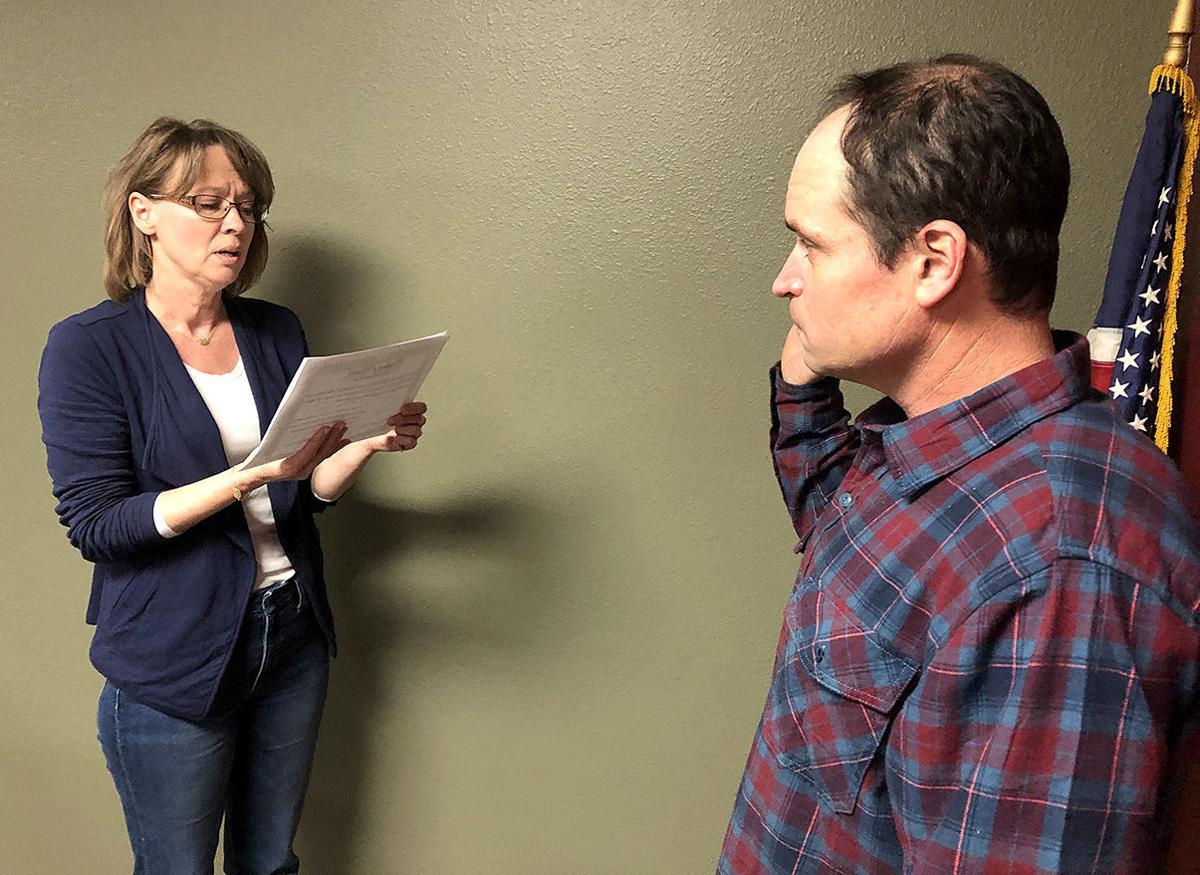 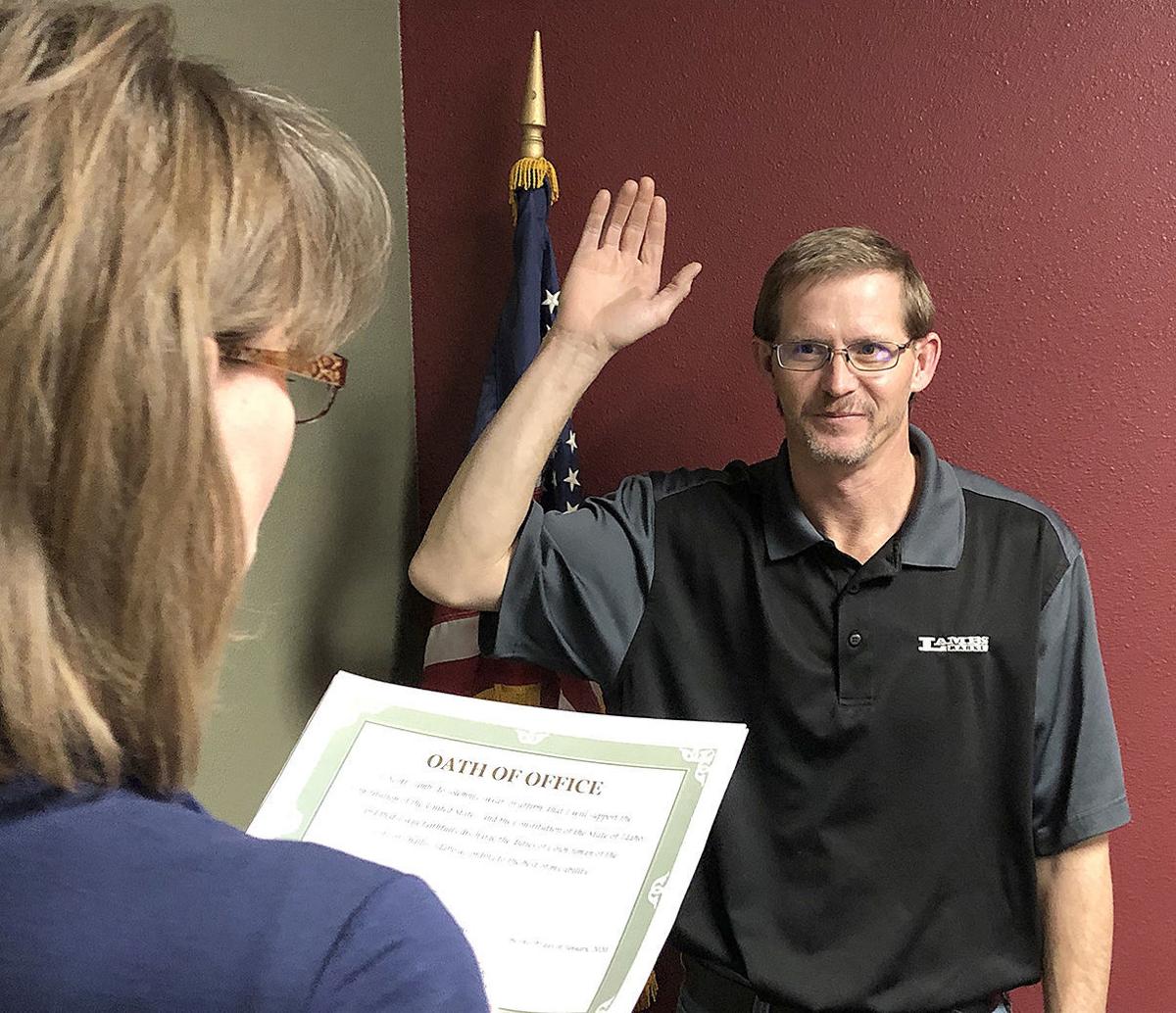 City Clerk Colleen Engle swore in Scott Lamb as a returning city councilman. Lamb ran unopposed in November’s election, after he had been appointed to fill a vacant council seat last summer.

City Clerk Colleen Engle swore in Scott Lamb as a returning city councilman. Lamb ran unopposed in November’s election, after he had been appointed to fill a vacant council seat last summer.

North Custer Rural Fire District Chief Launna Gunderson checked in at the Challis City Council meeting to see if council members had a list of services and materials they could donate to Challis’s new fire hall.

At last month’s meeting she specifically asked if the city had any 8-inch water line available.

Mayor Mike Barrett talked with Cameron Davis, the city’s maintenance worker, and found out the city had plenty of 2-inch line, but not as much 8-inch. Gunderson said the plans given to her by the fire hall’s architect call for 8-inch line. However, she said 2-inch line might work. An 8-inch line would serve the new fire hydrant Gunderson wants to locate near the new hall. Barrett said 2-inch line should be sufficient to supply water to a hydrant so long as it is a dedicated line.

Council members and Gunderson agreed the fire department will buy construction materials for the water line and the city will install it.

“We buy the pit and meter and you put it all in? Good,” Gunderson said.

“It’ll be like what we did at Bengal Pharmacy,” Barrett said.

Gunderson said she will ask the project architect if the plans can be adjusted to use the smaller line, which according to Barrett will save the project money.

Councilmen Travis Hardy and Scott Lamb were sworn in to their new terms after they ran unopposed in the November election. Hardy was elected council president by his colleagues, replacing Councilwoman Mary Skeen.