News
COVID-19
Elections
Sports
Obituaries
Opinion
Features
Milestones
Calendar
Contests
Classifieds
Grants
Read the E-Edition
Make An Announcement
Subscriber Services
Site Services
Browse the Archives
Welcome to our new website. We have a new login system for you to access the full newspaper online. Please click here to learn how to activate your new account. Bear with us as we move into this new site and bring over all our old articles and photos.
Activate Now
1 of 2 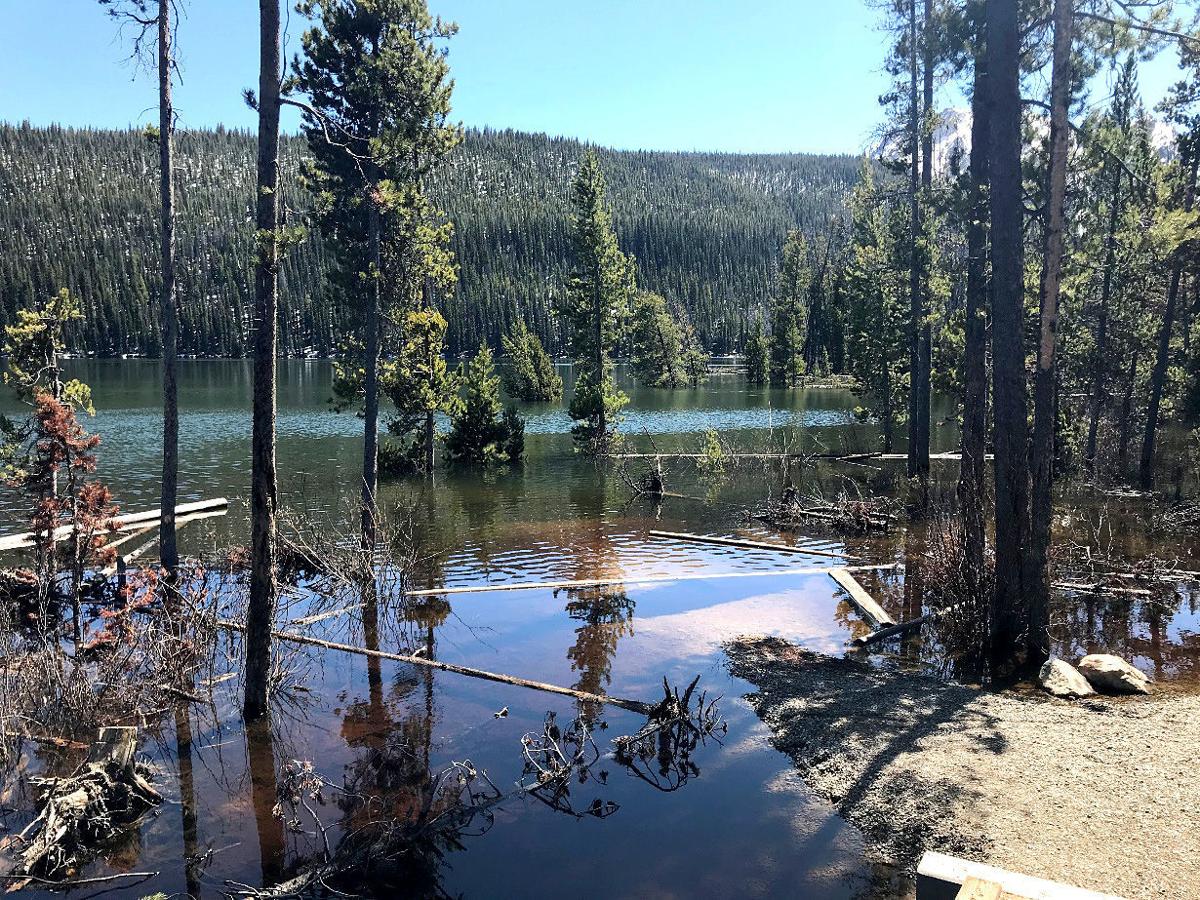 The inlet beach at Stanley Lake collapsed as a result of the March 31 earthquake that struck central Idaho. 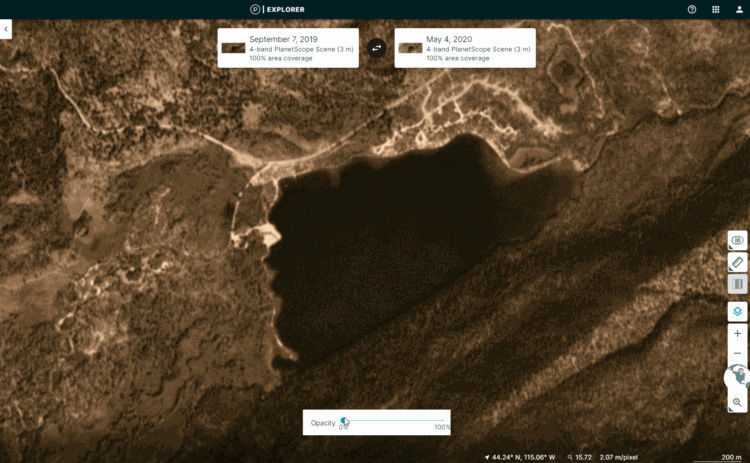 This screenshot from the Idaho Geological Survey website shows an image comparing Stanley Lake from Sept. 7, 2019, to May 4, 2020. The comparison is part of an evaluation of damage caused by the March 31 earthquake centered near Stanley.

The inlet beach at Stanley Lake collapsed as a result of the March 31 earthquake that struck central Idaho.

This screenshot from the Idaho Geological Survey website shows an image comparing Stanley Lake from Sept. 7, 2019, to May 4, 2020. The comparison is part of an evaluation of damage caused by the March 31 earthquake centered near Stanley.

As snow and ice are melting out of Custer County’s high country, at least one piece of damage caused by the March 31 earthquake has been revealed.

The Stanley Lake inlet — a boat launch, beach and fishing area — has seemingly disappeared, observers reported to officials at the Sawtooth National Recreation Area. The area is currently flooded, leaving no evidence of infrastructure.

Geologists from the Idaho Geological Survey reviewed satellite photos from before the earthquake and after the 6.5 magnitude quake and linked the flooding with geologic processes stemming from the quake, according to Julie Thomas with the Sawtooth National Forest.

“The most probable cause for the ‘disappearing’ of the inlet delta is a combination of liquefaction and compaction of saturated sediments and some possible sliding and lateral spreading on the delta toward the deeper part of the lake,” connected to the earthquake or its subsequent aftershocks, State Geologist Claudio Berti said. Berti is also the director of the Idaho Geological Survey.

Berti and geological survey staffers expect to visit the site soon to collect data to help better understand the March 31 earthquake. The earthquake was centered 19 miles northwest of Stanley. It hit at 5:52 p.m. that Tuesday and was felt as far away as Utah, western Montana and the far western side of Idaho. It rumbled through Challis and shook windows in Salmon in addition to causing many avalanches in the Sawtooth Range. Only minor damage has been reported from the quake.

Improvements near the damaged area at Stanley Lake were made last year by Sawtooth National Recreation Area personnel. A new boat ramp was built, old campground infrastructure was removed and a new campground built on the east side of the lake.

“The loss of the inlet beach for fishing and recreation is unfortunate because that area was so popular with visitors,” Sawtooth National Recreation Area Deputy Ranger Brian Anderson said.