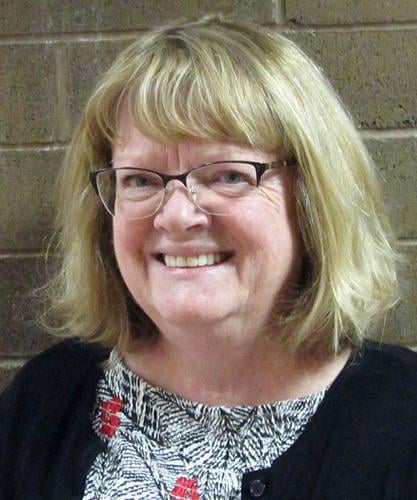 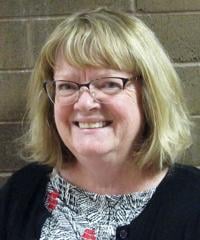 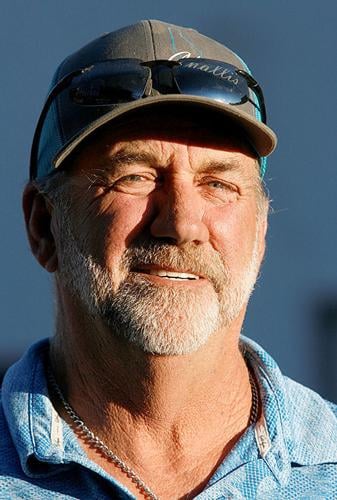 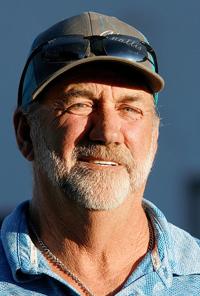 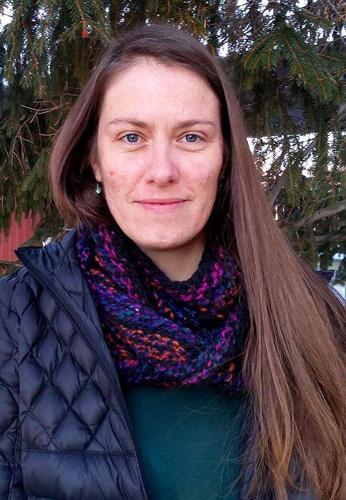 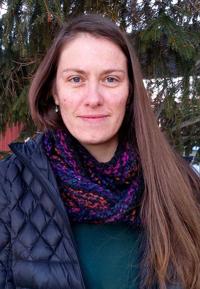 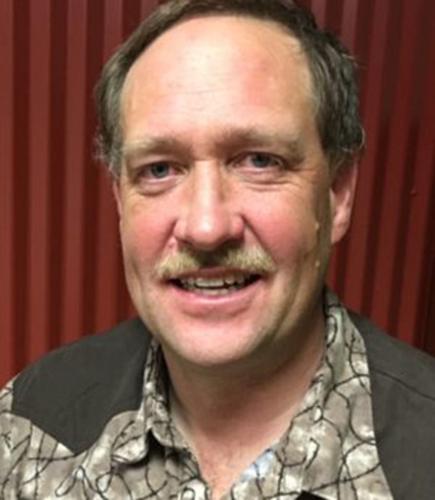 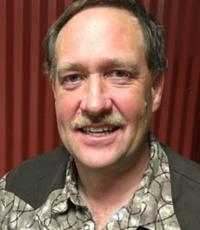 Survival is the name of the game in 2022, Mackay schools Superintendent Susan Buescher says.

That sentiment was shared in some fashion by three other Custer County community leaders, as they all offered their thoughts on what the new year may bring for their organizations and what effects politics and the coronavirus pandemic could have on locals this year.

Buescher said she and other Mackay school officials continue to struggle with keeping enough students, teachers and staff members healthy to operate the schools in a normal fashion. Classes were canceled for three days the second week of January when 40 percent of the district’s approximate 240 students were out either with COVID or influenza A. Generally if 20 percent of students are out any given day, school is canceled, she said.

“It’s been so weird with all the sickness and COVID,” Buescher said. “We’re trying to adapt and keep kids in school and do the best we can. We just need to get healthy.”

Illness aside, Buescher said there are important things on tap in the school district this year. A big one is upgrades to the outdated heating system in the elementary school. The district expects to pay for most of that project with COVID funds. Other money for the work will come from the district’s plant facility fund and the forest fund. She expects bids for that work to be sought very soon so the project can be done while students are out for summer vacation.

Mackay school officials continue to expand the online elective class options for secondary students. With 110 students in grades 7 through 12, the elective offerings are limited, she said. Offering classes through the Idaho Digital Learning program gives students choices that they might not otherwise get because the district’s small student population. The digital learning program is a great option for a district that’s far from a metropolitan area and has a low population, she said.

The math teacher in Mackay is currently working to get certified to teach dual-credit classes, which Buescher expects will give students a boost toward college courses.

She’s pleased with Gov. Brad Little’s budget proposals that emphasize education. No one complains about any salary increases, Buescher said, but a 5 percent increase for someone who is earning $10 an hour only amounts to 50 cents, she points out. “No one can live on $10.50 an hour either.” Idaho school districts need help to boost the salaries of non-teachers, she said. Mackay school officials have funneled some COVID money toward staff as they could, she said.

While the governor is proposing a $1,000 one-time bonus for every teacher in Idaho, that still means Mackay teachers “are some of the lowest-paid in the state,” Buescher said. Likewise the governor proposed a one-time bump in the career ladder. It’s all helpful, but not a solution in her mind.

Buescher likes Little’s focus on early literacy, an effort she personally supports strongly. But in Mackay, and other rural school districts, finding staff members to run those programs is difficult, she said. The state proposal isn’t enough money to pay for a teacher, but could cover the salary of a paraprofessional, which are hard to come by in Custer County.

“It’s a good program and is needed, if we could only find people,” she said.

Buescher is not a fan of the Legislature’s discussion about giving grants to parents that they could use to pay for enrollment costs at private schools.

“I’m a big proponent of public schools. I want kids in public schools. That’s where kids learn to get along with one another,” Buescher said. “I’m all for choice, but anything that takes away from public schools makes me nervous.” Plus, she pointed out Mackay and many other school districts don’t have education options. There are no private or charter schools in the county, nor in many Idaho counties.

Buescher is waiting for more progress and more information before having a good feel for how the proposed Phoenix Copper mine in Mackay will affect the district. No decision on whether that mine will open is expected before next year. Then it depends on whether families move to Mackay and enroll their children in the school district. She’s keeping an eye on the project, but acknowledges “we’re just not quite sure if the mine will really impact us.” There’s space in the district’s buildings for some additional students, but a big spike in enrollment could bring challenges, Buescher said.

Lin Gray, executive director of the Sawtooth Interpretive and Historical Association, has an optimistic outlook on 2022. The association and the Sawtooth National Recreation Area celebrate 50 years of existence this year.

COVID has been a boon of sorts for all outdoor entities, and she expects that to be the case this year, too. As more and more people choose to recreate outdoors, they visit places like the Sawtooth recreation area, Redfish Lake and the Stanley Museum. The association plans to expand its fall cleanup effort this year. Instead of asking people to help collect trash during a two-week period at the end of the summer tourism season, she wants to recruit folks to help clean up all summer long.

“With the increased recreation in the area we saw a major impact from people,” on trails, at campsites and day-use areas, she said. So the association will ask people if they want to pick up trash, repair fire pits, or tackle other projects as they visit all summer to keep up with maintenance needs.

To educate and entertain those visitors and locals, the Sawtooth association plans to highlight its history and the establishment of the SNRA this summer.

“We want to try to highlight the values identified in the formation of the SNRA,” she said. Those include the preservation of its scenic, natural, historic, recreational and fish and wildlife values. Much of next summer’s lecture series at the museum will focus on those topics, she said. Exhibits about the SNRA are planned at both the Stanley Museum and the Redfish Visitor Center this summer.

Volunteers are refreshing some of the other museum exhibits and adding new photos so people who’ve toured the sites in the past may want to check them out again this summer, she said.

Gray is working to find descendants of the legislators and grassroots leaders who helped establish the recreation area to have them participate in programs or to capture their memories and thoughts about the effort.

The association plans to team up with Idaho Rivers United to again host the salmon festival in late August. The 2021 event drew hundreds of visitors to learn about endangered salmon, their migration and efforts to boost the number of the famed fish which return to the Middle Fork Salmon River and other Central Idaho bodies of water.

Challis Mayor Corey Rice says the big thing in Challis this year will be progress on the water needs of the city and its residents.

While Challis voters in November approved a ballot measure that would let the city sell bonds to pay for massive water system improvements, the new mayor says he has no plans to proceed with a bond sale because he has an alternative plan and the money to pay for it.

Rice wants to reassess West Well 3, clean it out and run pump and volume tests on it to make sure it can’t just be rehabilitated and put back into service.

“I’ve already been in contact with drillers,” he said. “I want to find out where we are and get that information in hand as soon as possible.” The “absolutely perfect scenario” for that work would be to have the well cleaned out and pumping by this summer, Rice said, but he’s optimistic it will be finished by fall.

Next, he said, is finding a suitable site to drill a new well in Challis.

Rice said the city can use federal funds and money from the Department of Environmental Quality to pay for the two well projects, instead of selling bonds and charging water customers a higher fee to pay the bonds off.

Rice expects new home construction to occur in Challis this year. Vacant lots have been sold, he said, with the buyers planning to build houses there. If the various proposed mines in Mackay and near Salmon actually begin operating, mine employees could move to Challis, and that means housing is needed, he said. That prospect means the City Council needs to begin discussing the possible annexation of land into the city limits to accommodate new residences, Rice said. He wants the city to be prepared.

Custer County Commissioner and rancher Steve Smith is worried about a compounded drought in 2022. While early snowfall this year has been great, it’s too early to know how the water year will end up, he said. Last year’s lack of moisture and the ongoing drought can’t be fixed in a single year, he said.

“We’ll be fighting over water again this year. I’m hoping to see Copper Basin get enough snow so the irrigators get their water rights restored this year.”

The lack of water affects cattle range grazing, a big issue in Custer County, Smith said. A lot of grazing was reduced or eliminated in 2021 because of drought conditions and he’s hopeful that won’t be the case again this summer. It was so dry in 2021 that some ranchers didn’t cut their hay, but just put cattle in the field to eat it. When that ran out, they had to buy hay for feed.

Smith suspects a repeat of water conditions, “just not as bad as last year. I expect shorter moisture this year. That’s what I’m predicting and what I’m preparing for.”

Smith is also worried about the supply chain and delivery issues that COVID has caused. Ranchers can’t get their cattle to meat packing plants because of restrictions on trucks hauling into California and fewer employees at those facilities, he said. When cattle don’t leave a feedlot, new cattle can’t be moved in, he pointed out and ranchers end up with cattle they can’t feed or sell.

Overseas ports closing affects the sale of agricultural commodities, which hurts farmers and ranchers, Smith said. He’s hopeful solutions for those matters are found, but admits he’s not a fan of the current administration and his outlook isn’t optimistic.