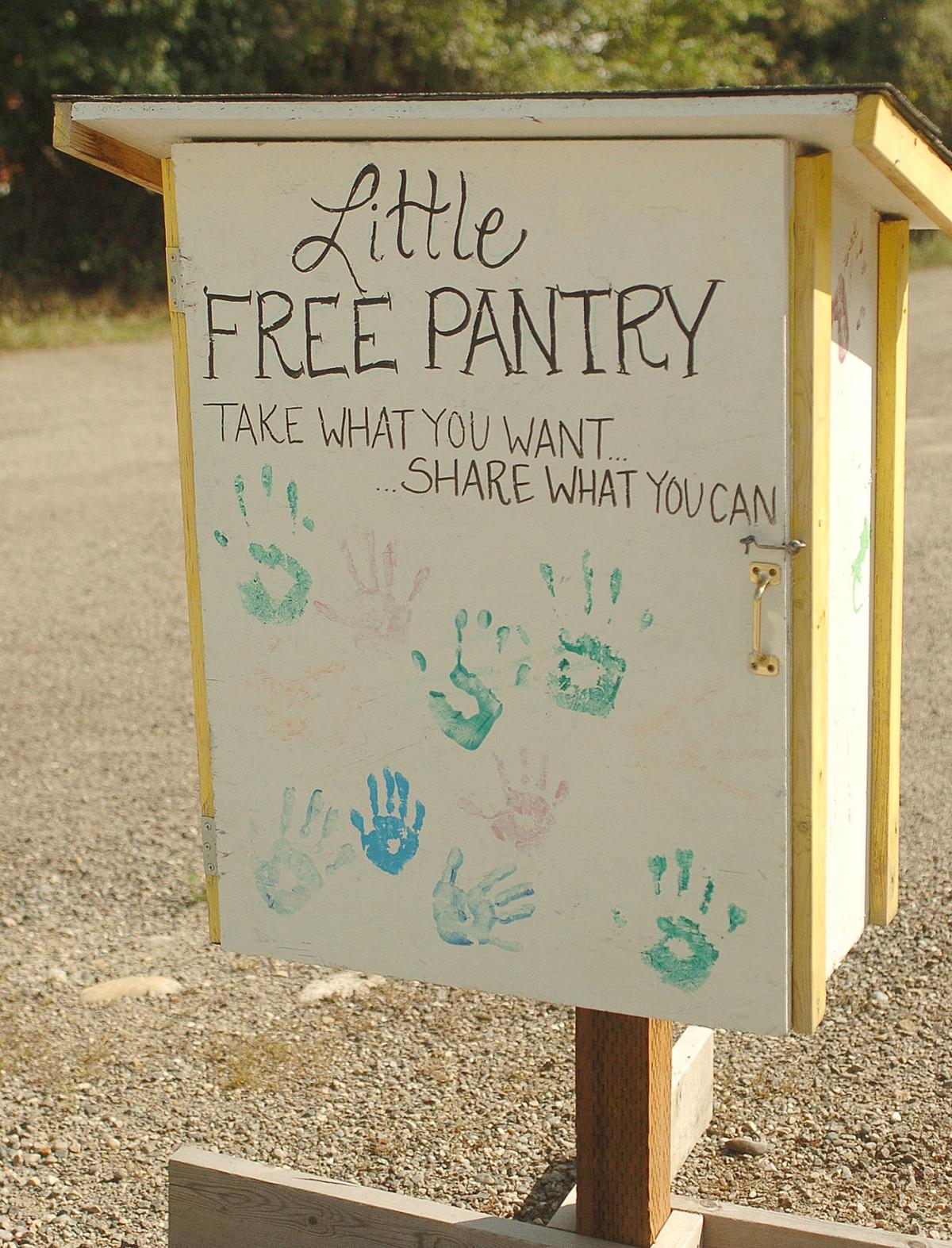 This Little Free Pantry is located on Shoup Street in Salmon. It’s stocked mostly with food easy enough for kids to prepare. 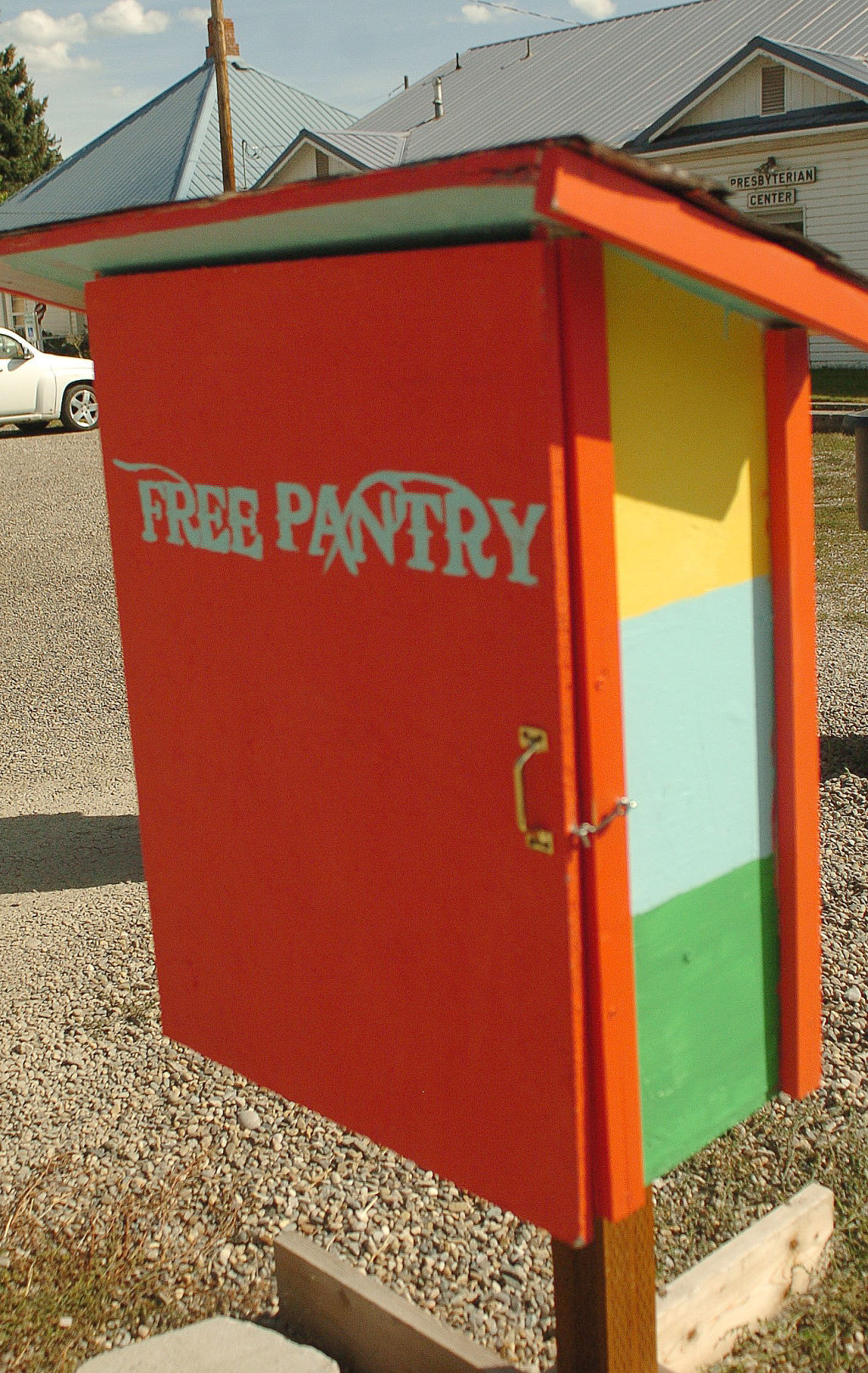 This Little Free Pantry in Salmon is on Lena Street near the Presbyterian Church.

This Little Free Pantry is located on Shoup Street in Salmon. It’s stocked mostly with food easy enough for kids to prepare.

This Little Free Pantry in Salmon is on Lena Street near the Presbyterian Church.

The pantries, cupboard-like structures that contain packaged or easy-to-prepare food and other supplies, are aimed at children who might be in need of meals, particularly in the summer when a program that distributes food-filled backpacks to younger students is on hiatus and school breakfasts and lunches are suspended.

The pantries have been in Salmon for two years and are an offshoot of the broader Community Dinner Table project. That effort provides meals on the fourth Tuesday of each month at the Elks Lodge, 901 Lombard St., from 6 p.m. to 7:30 p.m., September to June. It resumes Sept. 24.

Shayne Holmes, chairman of the Community Dinner Table and a State Farm Insurance agent, said the pantries were a natural extension of a community-wide effort to fill in food and other gaps for families who live in and near Salmon. While the pantries are mostly stocked with food such as dried fruit snacks, granola bars and microwavable meals, school supplies are available in the fall and, occasionally, items like diapers are added.

“We’re trying to address the needs of people who, for whatever reason, are food insecure,” he said. “These efforts wouldn’t have been successful without the community’s response.”

Volunteers check the pantries for restocking every couple of weeks.

The programs are locally driven responses to worries about sufficient amounts of nutritious food in a county where the food insecurity rate is higher than the state rate, or 15.5 percent compared to 12.3 percent, according to the latest figures compiled by Feeding America, whose members include the Idaho Foodbank.

In a sign that the community table concept is catching on, between 200 and 400 people each month take part in the meals, which are hosted by fraternal and public service groups and other entities.

Surveys distributed to diners suggest about 30 percent of the people who attend are food insecure. The remainder gather to contribute to and partake in the community atmosphere. Volunteers are always welcome, Holmes said.

The Community Dinner Table has come to encompass more than food, meeting the winter apparel needs of children by providing coats during the Christmas season, when Santa is also on hand.

“I invite people to come to the dinner or to place items in the pantries — or take items from there if they need them — with the idea that we are all in this together,” said Holmes.

The Little Free Pantries can be found on Shoup Street near the building that housed Formation Capital, between the Presbyterian church and Jones and Casey Funeral Home on Lena Street, at the golf course city park, outside Sungate Apartments on Margaret Street and near the Corner Store on Courthouse Drive.