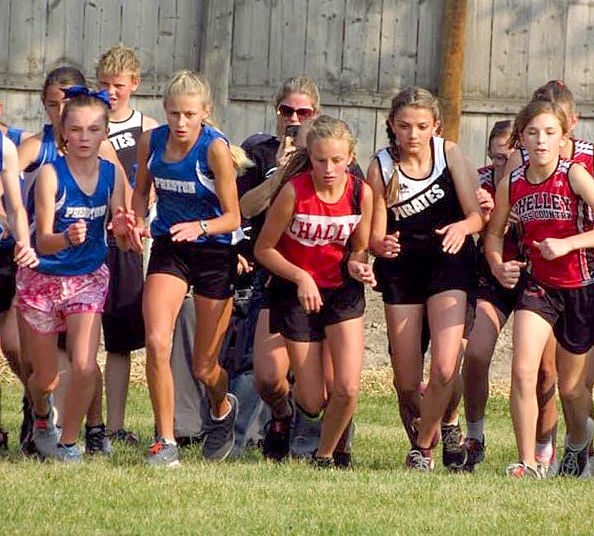 Challis runner Taylor Redick takes off in the middle of the pack at the Snake Invitational in Blackfoot on Oct. 2. 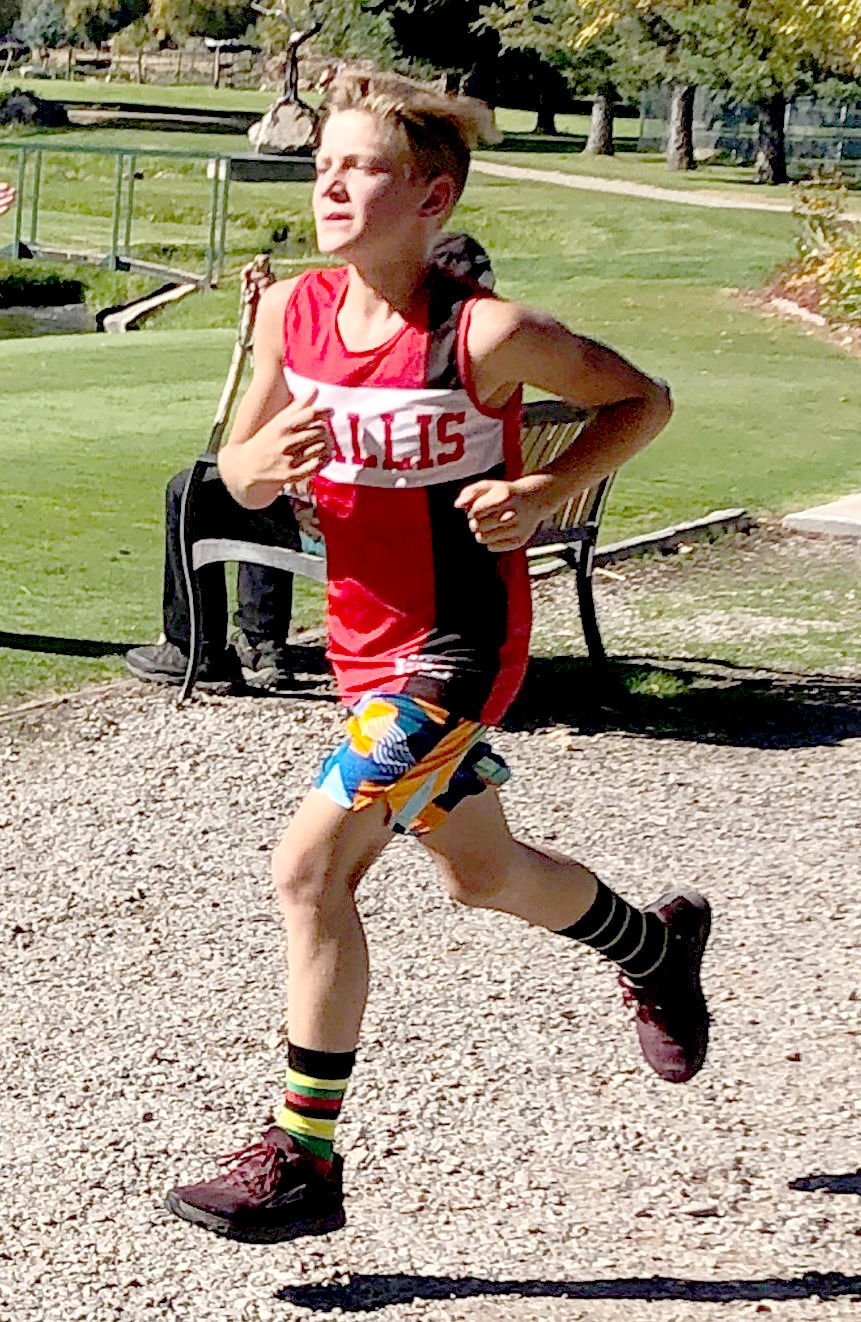 Challis runner Taylor Redick takes off in the middle of the pack at the Snake Invitational in Blackfoot on Oct. 2.

The runners were in Blackfoot for the Snake River Invitational on Oct. 2, racing students from 23 other middle school teams.

Fourth-grader Parley Banks and sixth-grader Archer Davis competed in the field of 225 boys. Most of the runners are in middle school and while Parley may look small, coach Peggy Redick said, “size is deceptive. He has the heart of a competitor.”

On the girls side, Victoria Savage finished in 12:34, a personal best. Taylor Redick placed fifth with a personal record of 10:21 and just 10 seconds off the race winner’s time.

The Vikings competed in the Salmon Savage Rumble on Sept. 30. The arrival in Salmon began with pre-race excitement, coach Redick said. When the students “exploded out of the van to race to the restrooms” at the Salmon Golf Course, Julia Banks, “running at top speed turned and looked behind her, when she turned forward again, she ran straight into a horizontal bar. She was left lying on the ground with her nose bleeding profusely.”

Julia went to a dentist and had her two loose front teeth bonded.

“This gave a whole new meaning to never look behind you, but always look ahead of you,” coach Redick said.

The Salmon race covered 2.1 miles, the longest course for middle schoolers. The three Challis girls ran personal bests in the field of 42 runners. The top four finishers were within 6 seconds of one another. Taylor Redick was third in 14:01, cutting 2 minutes from her time. Victoria Savage was 13th in 16:42, also cutting her time by 2 minutes. Madeline Smith placed 29th in 20:00, a personal record.

The runners were in Garden Valley on Sept. 26. Taylor Redick finished in first place. Victoria Savage was seventh and Julia Banks finished 10th. Parley Banks was the only Challis boy to compete, finishing 11th.

On Sept. 25 the Vikings ran in the Mustang Mountain Run in Leadore.