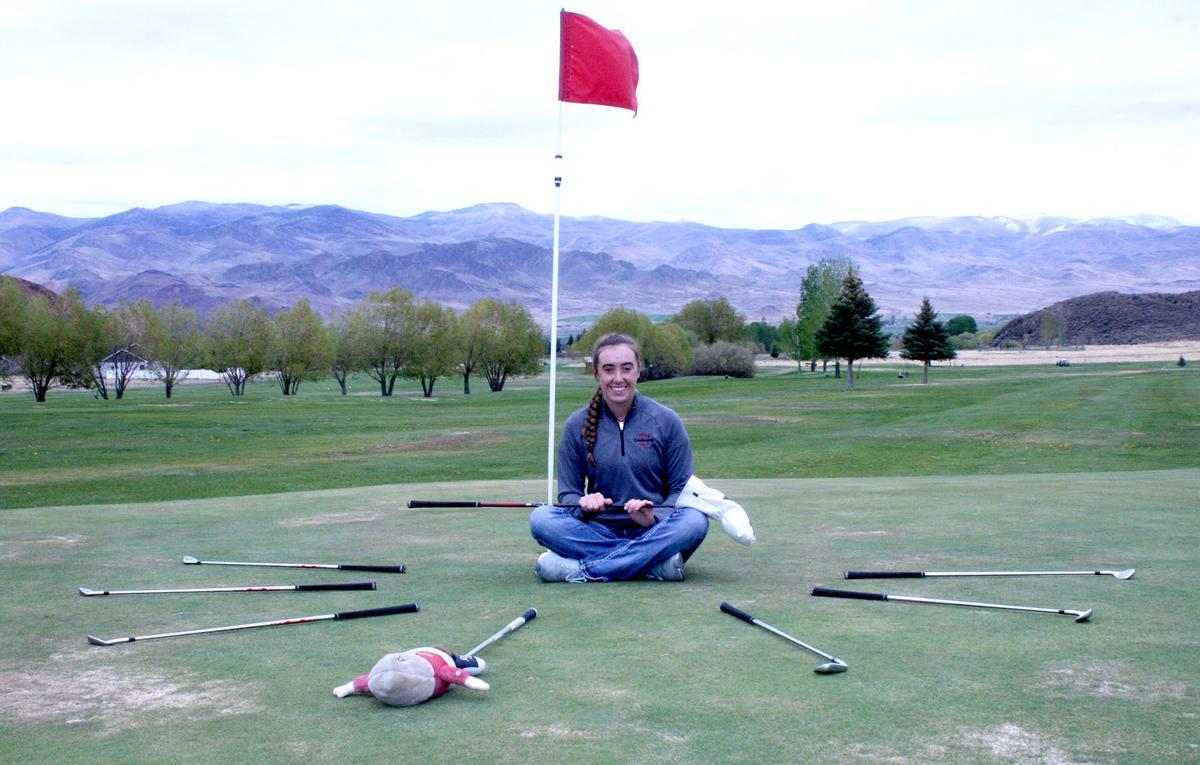 Kelli Ann Strand, a Challis High School junior, sits among her clubs, including one topped with a Spuddy Buddy, at the Challis Golf Course. Strand won the 2A state golf title in last week’s tournament. 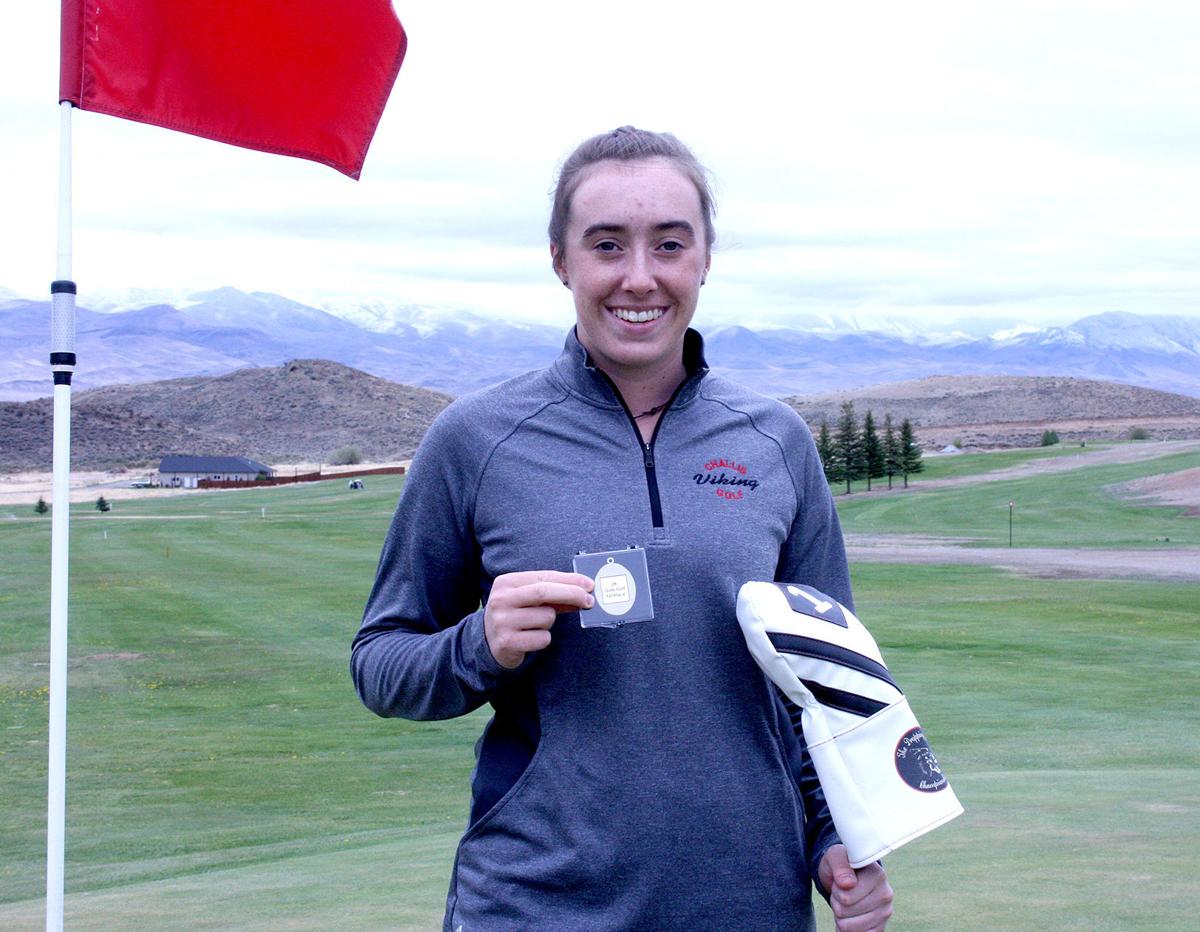 Kelli Ann Strand, a Challis High School junior, sits among her clubs, including one topped with a Spuddy Buddy, at the Challis Golf Course. Strand won the 2A state golf title in last week’s tournament.

It was the first time she’d played at Circling Raven Golf Course, but she said her older brother, Lane, played there a few years ago.

Strand won the 2A state golf title as a freshman, when she shot a 149 in Burley. She was 2 strokes under par on day 1 of that tournament and 1 over par on the second day.

Strand brushed off the accolades for her individual achievement, pointing out that she and her teammates came home with the title of academic champions, with a 4.0 grade point average. Challis High School was the only academic team in the state’s four high school golf divisions with the perfect GPA. Her teammates with 4.0 GPAs are Valerie Moen and Olivia Farr, who were valedictorians for the CHS class of 2021, and Ali Rembelski. The school will receive a banner to hang in the gym touting that title.

While she said she felt “pretty good” about her play at the state tournament, Strand wishes she could have dropped 8 strokes from her score so the Vikings would have placed fourth as a team.

Overall, she was pleased with her performance, but said she “definitely left some shots out there.”

Both days of the state tourney were windy, she said. “But we play in the wind a lot, so we’re used to it.”

Strand is already optimistic that next year she and her teammates will come home with a team trophy as golf becomes more popular with CHS students. Two years ago, when she was a freshman, she recruited school mates to have the first full team. While she and other golfers still recruit, plenty of students are finding their own way to the golf course and the team, she said.

“Hopefully we’ll gun for a state championship next year,” she said. “I’m super proud of our team, both the boys and the girls, for making it to state. Everyone improved a lot over the season.”

“I see other kids out here (at the golf course) playing now, and they aren’t on the team,” she said.

She’s already got summer tournaments lined up across Idaho and some qualifying tournaments which, if she scores well, could mean she advances to the bigger stage for those bigger tourneys.

Her brother is on the golf team at Northwest Nazarene University in Nampa, a few weeks ago having earned the freshman golfer of the year title in his college conference. While she’s getting “some looks from colleges,” Strand is keeping her college options open for now and keeping her eye on winning a team and individual title her senior year of high school. She, and all other Idaho high school golfers missed out on the 2020 season because of the coronavirus, so she didn’t get to compete when she was a sophomore.