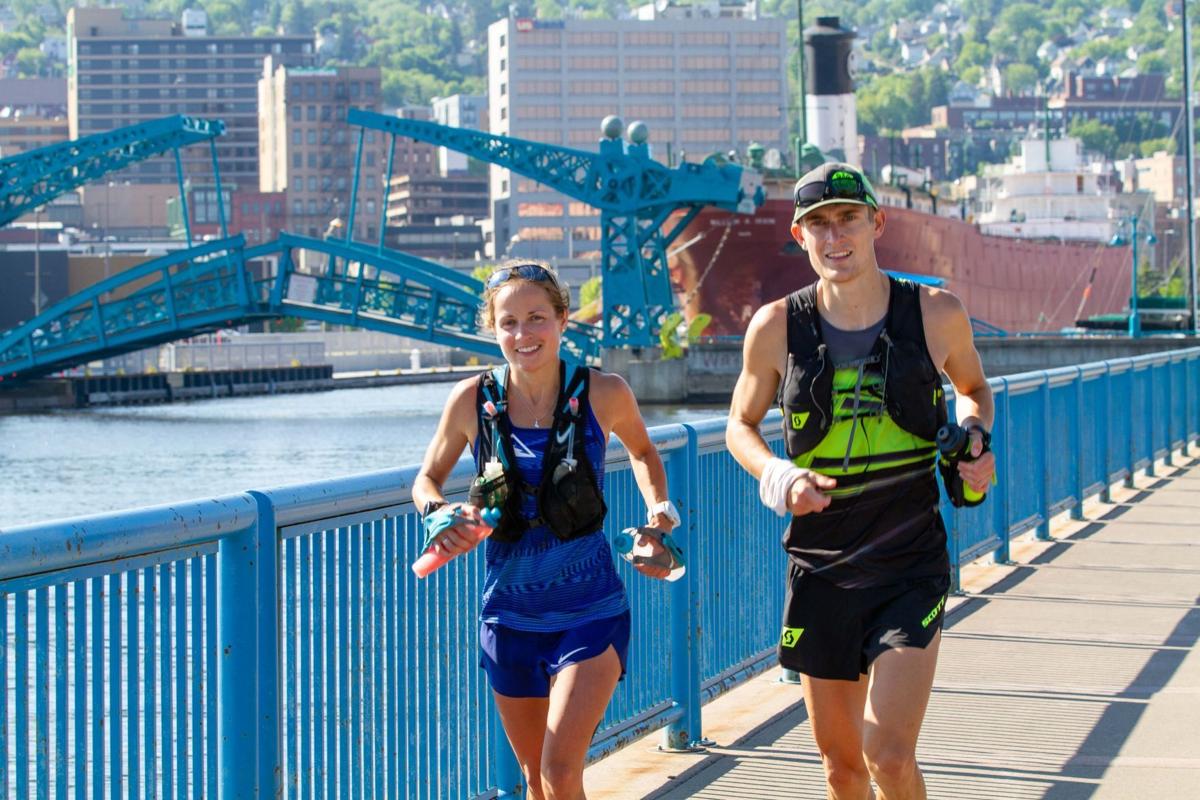 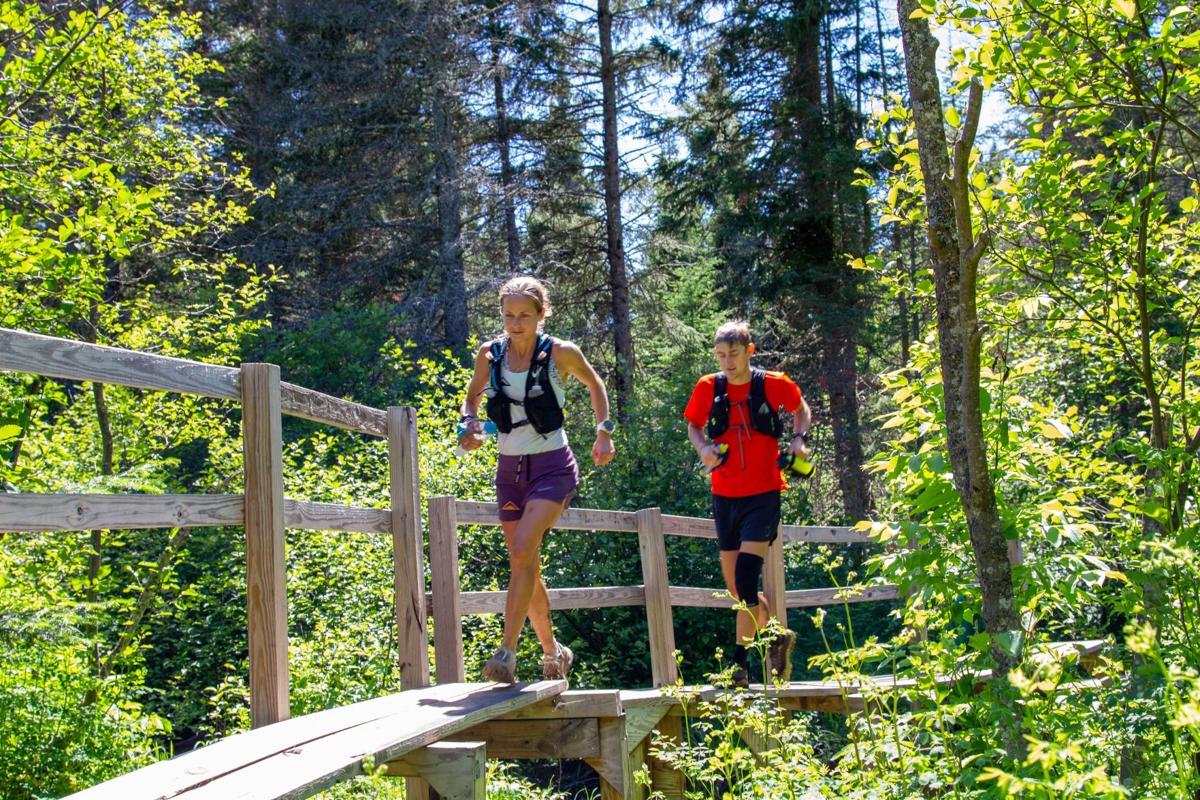 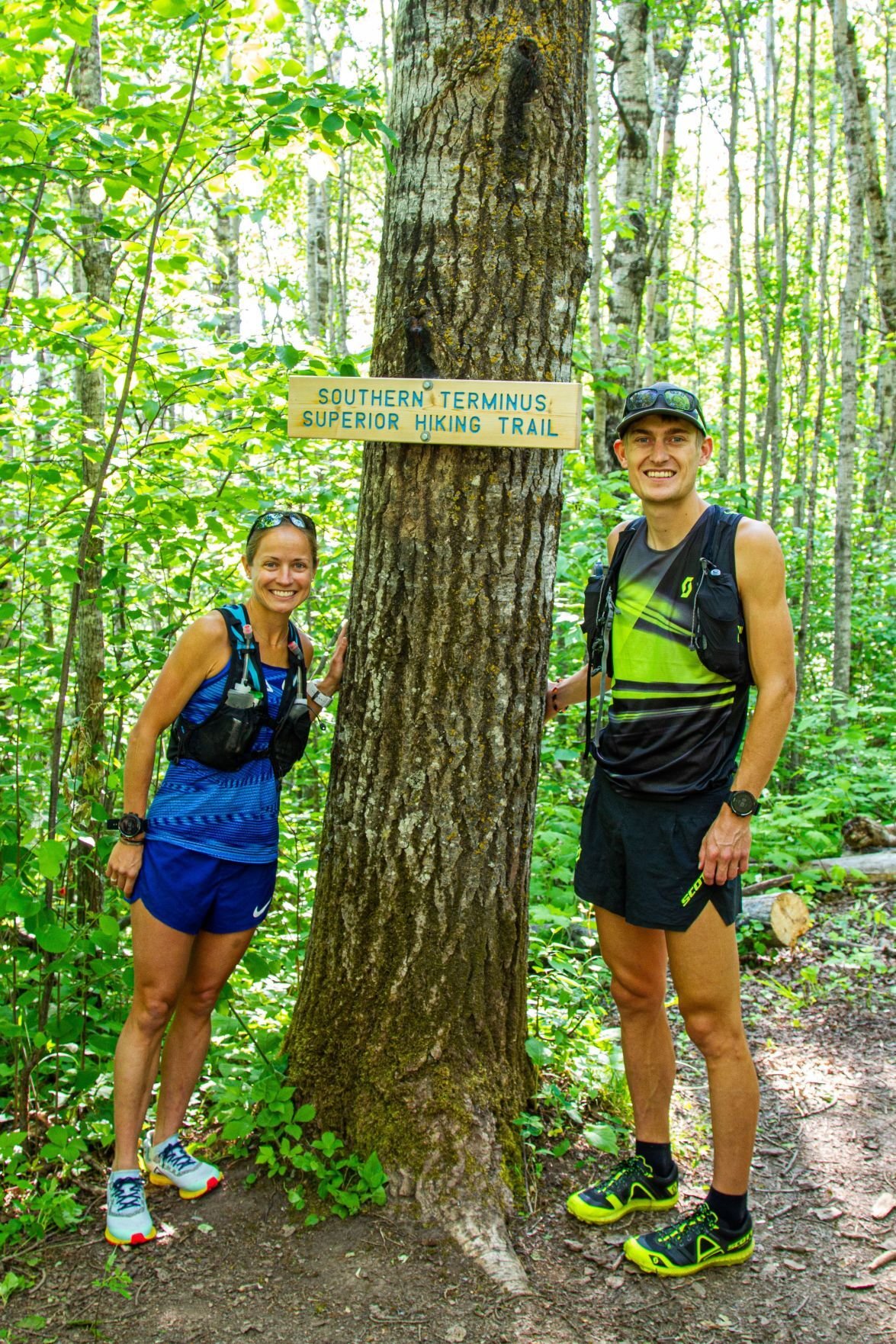 In ultra running, achieving a fastest-known time is a major accomplishment.

It is equivalent to a meet or event record in cross country or track and field, and word of the accomplishment tends to travel fast.

Lind said they spoke to various newspapers in the Midwest and were also invited on a few podcasts, including by Ultra Running Magazine, and news of their effort spread while they were still on the trail.

“There’s a close knit group in the Midwest, a group of ultra runners,” Lind said by phone. “Different people were out there on the trail and they’d say, ‘Oh, Brittany and Cody, you’re doing awesome.’ We had no idea who these people were.”

Both sponsored ultra runners and Pocatello residents, Lind and Peterson said taking on the Superior Hiking Trail and its fastest known times was a conversation topic prior to this year. Once their summer schedule got turned upside down due to COVID-19 and ultra runs were canceled, they decided this was the time to make the trip to Minnesota.

Peterson, who moved to Idaho 11 years ago from Minnesota, grew up close to the southern terminus of the Superior Hiking Trail. She attended college in Duluth, which is also on the trail, and spent family vacations at spots on the trail’s northern terminus. Lind had never been to Minnesota, and Peterson does not often get to go back, which furthermore led to their decision.

“I always joked about wanting to do the SHT. Cody would be like, ‘How far is it?’ ‘It’s 310 miles,’” Peterson said by phone. “It kinda paired with, our races were falling apart, I don’t often get to visit my family in the summer because we’re always traveling. Some of the sections, gosh, it’s probably been like over a decade (since I was there last).”

In late April, they chose to complete the trail in June. Lind said they were in a bit of a time crunch to properly plan. The trail, which follows Lake Superior, includes 43,000 total feet of elevation gain from south to north. Lind said Peterson spent days studying maps of each section of the trail. They also set goal times for each section that would put them on pace to set a new fastest-known time.

“We wanted to be sub-five days and we made five different 60-mile sections knowing that a section is gonna take less than 24 hours,” Lind said. “That was the plan. We’d kinda run 60 miles and meet up with crew and maybe sleep, eat and at least lay horizontal.”

With Peterson’s father, brother and her brother’s girlfriend as their support crew, Peterson and Lind began their effort the morning of June 17 on the southern terminus. To physically prepare, Lind and Peterson followed a six-week training regimen prior to leaving for Minnesota that included a 62-mile day, a 57-mile day and a weekend of three 30-mile runs. While Lind said running in east Idaho’s mountains helped prepare for the various terrain, the biggest challenge was the humidity. Fittingly, Lind’s last ultra race before COVID-19 cancellations was in humid conditions: the Coastal Challenge in February in Costa Rica, which he won.

Staying cool, however possible, was top priority in the humidity.

“We were constantly just trying to stay wet,” Lind said. “We put ice in your hat when we saw our crew. By mile 150, 200, I had to cut a little portion out of my shoe because of blisters.”

While Lind said his low point was when he had IT band issues the last 100 miles, Peterson said the toughest portion for her was between miles 70 and 100 as she had too much electrolytes and not enough water in her body. She experienced blood in her urine and vomiting, neither of which she had dealt with before during an ultra run. She replaced electrolytes with water and also benefited from cooler weather the second and third days.

“I’ve never been deep in the well,” Peterson said. “I was pretty worried at one point feeling like I was doing true damage to my body. Just between Cody’s reassurance that we were running pretty well, we lined things out and got plenty of fluids. I was eating a lot better. The beginning of the second day and morning of the third day, I felt so good because it finally cooled off.”

They usually saw their support crew every 10 miles, but sometimes went 14 miles without seeing them due to the terrain.

Lind and Peterson said the trail was the longest distance they have ever covered in their careers, and the longest duration.

“It’s definitely one of the top three things on my list,” Lind said. “This definitely proved a whole lot. It also proves you should not do this to your body too often. One hundred miles is a really long way. When you’re at 150 miles and you’re only halfway done, then you’re at 200 miles and you think, ‘Oh my gosh. We only have 100 miles left.’ This trail was a very slow trail.”

Peterson said the accomplishment gave her a sense of pride being from the Midwest, and she felt a renewed sense of strength in the middle of the night toward the end.

“My mind was ready to stop because I was worried but my body was kinda automatically working to fix itself,” Peterson said. “I had this epiphany that the one thing I needed to do was stay mentally strong and positive. I was kinda faltering at that while my body was doing all these other things to turn itself around. I came out of the SHT of the renewed goal of being mentally strong.”

For two weeks afterwards, Peterson and Lind rested as much as possible and did not run. They estimated they had a collective seven to eight hours of sleep on the trail.

“Our feet were swollen, stiff and numb and obviously blisters on top of that,” Peterson said. “After our feet healed, it was, ‘Start listening to the head.’ You need to want to run again.”

COVID-19 has slowed down what is normally one of their busiest times of year. Lind, a Scott Running sponsored athlete who with his father Paul form the father-son coaching duo of their own creation called Gauge 20 Running, and Peterson, sponsored by Nike Trail, have been to 10 different countries thanks to ultra running.

“You just want to be in that mindset of you want to get out, you want to have fun adventures,” said Lind, whose grandfather Bob Lind was medical director for the Western States 100-mile Endurance Run which starts in Squaw Valley and ends in Auburn, Califonia, “This summer has been perfect for that.”