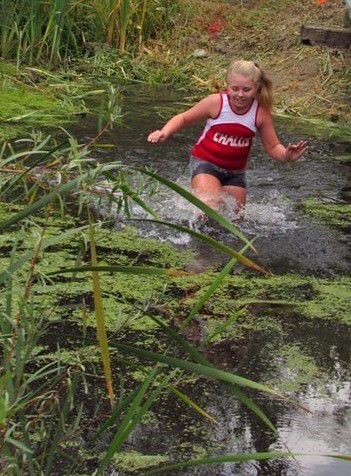 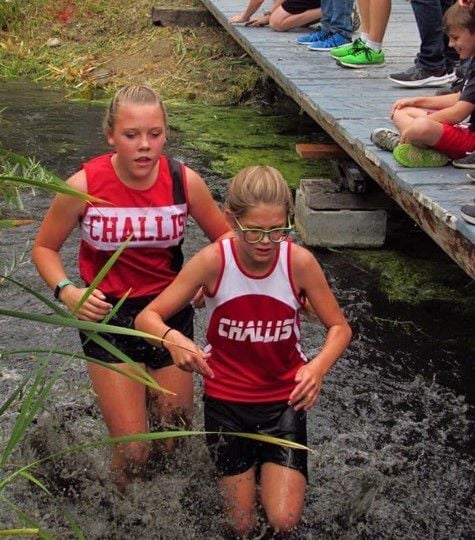 Victoria Savage and Julia Banks make their way through the water while competing in the Challis Mile High Classic cross country meet Sept. 19.

Victoria Savage and Julia Banks make their way through the water while competing in the Challis Mile High Classic cross country meet Sept. 19.

Several Challis youths were among the top finishers at their home cross country contest, the Mile High Classic, held Sept. 19.

Eighth-grader Taylor Redick won the girls race in 11:17.1, cutting her time from a year ago by 25 seconds. Parker Banks placed second in his race and cut 26 seconds off his 2019 time. Fourth-grader Parley Banks cut 50 seconds from his 2019 race time to finish fourth.

The Challis race is always popular with both runners and spectators, coach Peggy Redick said. The course loops through cottonwood stands along the Salmon River and requires two creek crossings. This year, three shoes were lost in the second creek crossing and runners were swimming the creek after the races looking for their lost footwear.

The runners compete in Salmon on Sept. 30.