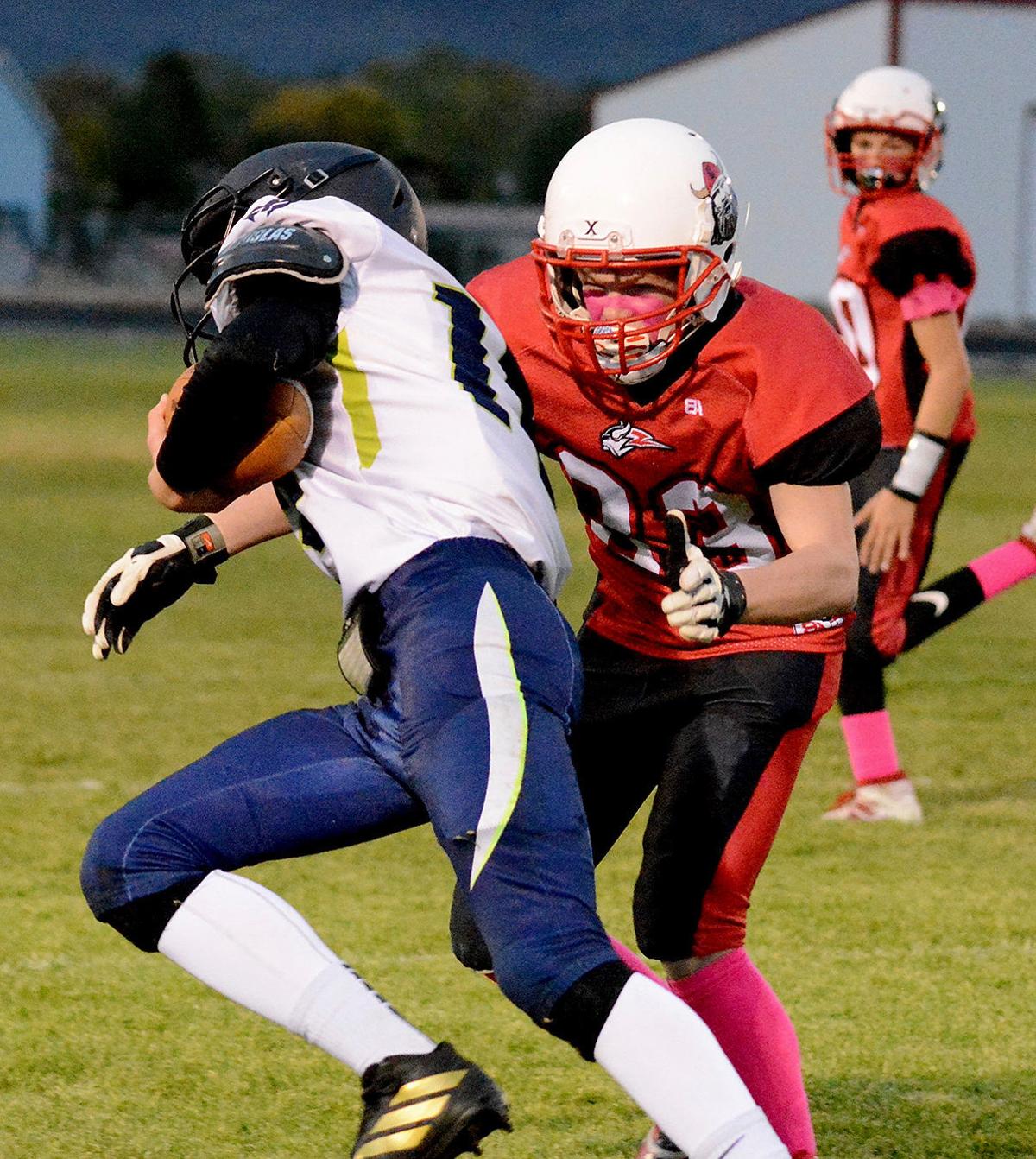 Viking Kasen Hohnstein moves in to tackle a Watersprings player in the Oct. 4 game in Challis.

Viking Kasen Hohnstein moves in to tackle a Watersprings player in the Oct. 4 game in Challis.

It was senior night and the final home game of the season, so the senior players and their families were recognized. Senior Vikings are Bruin Bradshaw, Isaac Schwenke and Brandon Tamayo.

In the first quarter, the Vikings could not find the end zone and the Warriors scored two touchdowns and a 2-point conversion to go up 14-0.

After getting a safety and another touchdown, Watersprings had the lead 22-0. As the Vikings defended the 2-point conversion, sophomore RJ Philps broke through the line and hit the Warriors’ quarterback hard. The quarterback went down and exited the game after that sack. The score was 36-0 going into the half.

At quarterback, Aeden Baker had four complete passes for 32 yards. The two interceptions and one fumble were costly. Receiver Cody Lloyd led the team with one reception for 22 yards. Arrizubieta had one catch for 10 yards and Hoak Corgatelli had one catch for six yards. Philps and Kasen Hohnstein led the team in tackles with nine, Bradshaw had eight and Arrizubieta had six. Philps and Robles each recorded a sack.