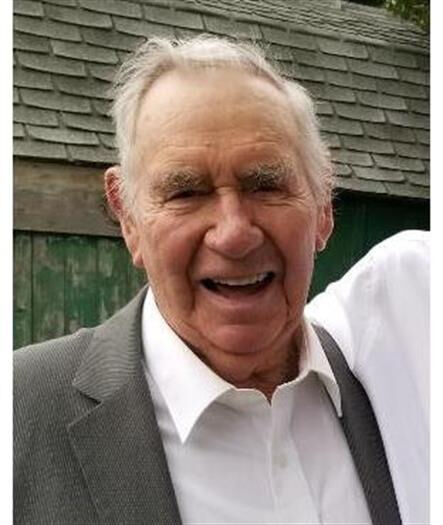 Alvin "Roy" Andrus, 88 of Grant, Idaho, passed away at his home surrounded by his family, Wednesday, January 20, 2021. Roy was born November 1, 1932 in Garfield, Idaho to James Milo Andrus and Florence Crystal Andrus. He was raised and attended schools in Garfield and Rigby area. In December of 1951 Roy joined the United States Navy; he served 7 years and was honorably discharged December 28th 1957. On June 21, 1958, he married Donna M Gohr in Garfield; they were blessed 5 children. They had many good years on the different farms raising cows, sheep, horses, crops and kids. Roy worked as a farmer, was a grounds keeper at Pinecrest Golf Course, and was Assistant Zoo Superintendent until he retired in 1997. On July 31st 1996, Donna passed away. October 10, 1999, he married Estalene Jones in LaBarge, Wyoming; and gained 5 step-children. He enjoyed farming and woodworking; many have a creation of his. He also enjoyed learning to play the steel guitar. Roy had the amazing ability to get to know someone and become friends in a matter of minutes, many becoming lifelong friends. He is survived by his daughters; Murry Kennedy of South Jordan, UT, De Esta (Mike) Cook of Logandale, NV, Kelly Bonjour of Idaho Falls, ID, sons; Monte (Ronda) Garrett of Rigby, ID, Neal Andrus of Rigby, ID; step-daughters, Brenda Storer of Wyoming, Ginny Schofield of Colorado, Renae Jones of Wyoming; step-sons, Roy Lynn Storer of Menan, ID, David Storer of Oklahoma; sister, Iva Oswald of Boise, ID, 29 grandchildren, 51 great-grandchildren and 2 great-great-grandchildren. Roy was preceded in death by his wife Donna, wife Estalene, 2 sisters, 1 brother, 1 great-grandson and 2 sons-in-law. There was so much to say about this wonderful man that we would have to write a novel. In short, he was Loved! Funeral services will be held at 11:00 a.m. Friday, January 29, 2021 at Eckersell Funeral Home, 101 W. Main Street, Rigby, Idaho. The family will visit with friends Thursday, from 3:00 to 5:00 p.m. at the funeral home and on Friday from 9:30 to 10:30 a.m. prior to services at the funeral home. Interment will follow at the Central Cemetery in Grant, Idaho. Attendance will be limited due to the current Idaho Stay Healthy Order. You may view Roy's funeral services by visiting the link in his obituary found at www.eckersellfuneralhome.com Condolences may also be shared by visiting the aforementioned website. Alvin 11/1/1932 - "Roy" 1/20/2021Andrus