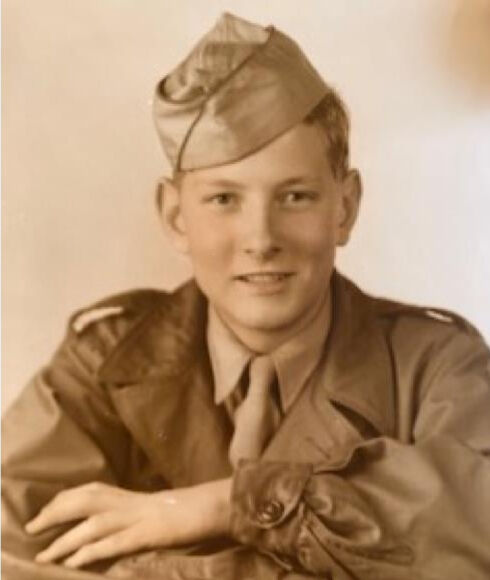 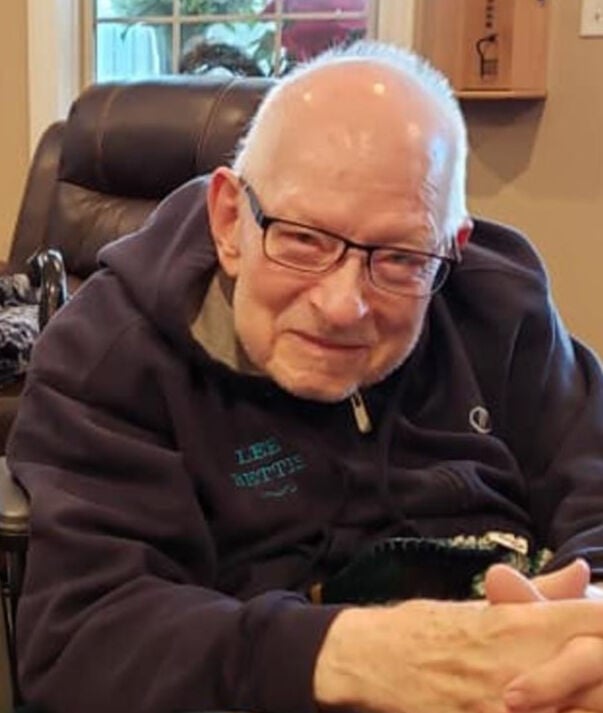 Bettis Oliver Bettis Oliver "Lee" Bettis returned home to our loving Heavenly Father on January 20, 2021. He had a happy reunion with his dear wife Norma. Lee was reared in North and South Carolina, born to Jeffie Ernest Bettis and Ollie Lee Sherlin on June 17, 1929. He has six half-brothers and sisters and one full-blooded brother. At the age of sixteen and a half, he joined the Army Air Corps where he was trained as a radio operator for a B-52 bomber. His service eventually brought him to Pocatello where he was stationed at Phelps Field. There he was set up with his wife, Norma, on a blind date. Completely enamored, they knew that they were meant for each other after just two dates. They were married 3 months later at the ages of 15 and 18. Because they were young, many said that their marriage would not last. They were married for 67 years at the time that Norma passed in 2015. Lee and Norma were blessed with three daughters: LeAnn, Shelley, and Louise. Their posterity continues to grow, and they are thankful for the many wonderful memories that they shared with them. Lee was introduced to the Church of Jesus Christ of Latter-day Saints through Norma. He was baptized as a member in 1956 on Mother's Day. He took his wife to the temple several years later and they were sealed for eternity. Lee and his wife served as missionaries for the church in the Pocatello mission. They had the responsibilities of the financial secretary and vehicle coordinator. He was also a member of the branch presidency in the St. Anthony branch in Pocatello. Lee served in many other callings throughout his life. He was a faithful member and thanked God for the love and peace that he felt in his faith. After his military service, Lee worked many jobs. He was a telegrapher for the Union Pacific Railroad, a tree trimmer for Mountain Bell, a seller for a wholesale candy, beer, and cigarette shop, a deliverer at Cream Top Dairy, a body and fender man, and a sorter and window clerk for the United States Postal Service for 27 years. Lee helped his mother and father-in-law in their restaurant, Ma and Pa's café, for many years. Later, he owned Lee's Snack Shop in Idaho Falls, and he taught amateur Ham radio at Idaho State University. Lee and Norma served as block captains for the neighborhood watch for many years. Lee was a hard worker and always strived to provide his family with a good life. Lee had a "green thumb" as some would say. He always had a beautiful yard with peach and plum trees, and a garden with tomato plants. His flower beds were immaculate. Saturday mornings Lee was often found out in his yard. He took a lot of pride in his work, and he had a wonderful talent. Many hours were spent doing genealogy work for his family. He spent time collecting records, recording ancestors' stories, and taking their names to the LDS temple. Lee was especially excited to complete temple work for his brother Jerry. Jerry was his best friend, and Lee talked of him often. There will be a sweet reunion between Lee, his brother, and the many members that he collected records for. One of Lee's favorite times of the year was when the Idaho State fair came along. A hotdog and Pepsi was always his number one request when he went. He continued to go even after he couldn't get around very easily. He loved to give his children and grandchildren money to enjoy the fair with him. Along with his hotdogs and Pepsi, Lee was a connoisseur of boiled peanuts, biscuits, buttermilk, and cornbread. He would play the harmonica and sing "Coca-Cola Cowboy". Many told him that he looked like the actor Danny Kay. He loved to travel and see new sights. He adored his family and found a lot of joy in his posterity. Lee was an amazing husband, father, and grandfather. His memory will be held in great honor by many whose lives he touched. Services will be held in his honor Tuesday, January 26, 2021, at Hawker Funeral Home in Blackfoot. The viewing will be held at 10:00, and the funeral will be at 11:00. The family would like to thank the faculty and staff of The Gables Assisted Living in Shelley and Aspen Hospice for their around the clock care. They showed our father love and respect, and we will forever be grateful for their service. Due to the Covid 19 restrictions, those who would like to participate in the service from home are invited to view the service on a live broadcast at www.hawkerfuneralhome.com/page/broadcasting Condolences may be shared at www.hawkerfuneralhome.com.