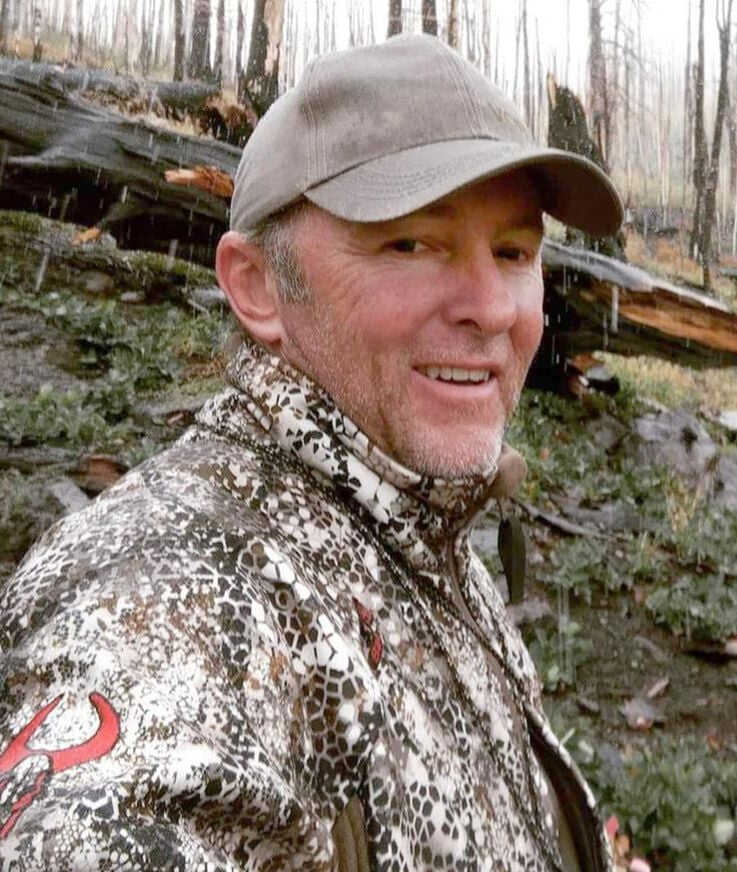 One of God's most adventurous spirits returned home on April 25, 2021, while canyoneering in Fat Man's Misery Canyon near Zion National Park in Southern Utah. Jeffrey K Bowden entered this world February 3, 1966, in El Cajon, California, to Kenneth K and Karen Joy Avery Bowden. Jeff spent his youth in Southern California. He graduated from Valhalla High School in El Cajon, California. Jeff served a Mission for The Church of Jesus Christ of Latter-day Saints in Northwest Argentina (Cordoba). He attended Rick's College (BYU-Idaho) in Rexburg, Idaho. Jeff is a musician, an athlete, an adventurer, a coach, and a personality larger than life. He lent his style and originality to everything he did. He loved the outdoors and had the "What's-Around-the-Next-Corner" Syndrome. He was always happiest out in nature, whether it was photographing wildlife, teaching a ski lesson, hiking a beautiful canyon, or observing the night sky. Utah was the perfect place for him. He lived so many adventures here, with so many new things to learn and discover. Jeff put his whole heart and soul into everything: Family, Friends, Coaching, Exploring, and simply Living Life to the Fullest. Jeff had an uncanny ability to relate to youth. He influenced boys through the Scouting program for 20 years. He spent countless hours coaching kids on the fields (soccer, football, baseball, softball, and golf). If he wasn't running a training session, he was planning one. He made learning fun and always encouraged others to put forth 212%. He considered all of the kids he coached to be his own. He was always there to offer them a careful listening ear first, and, when ready, some loving advice and understanding. Jeff married his best friend, Merrit Clark, in the San Diego Temple for Time and All Eternity on July 9, 1993. They were blessed with three amazing children and two grandchildren with whom he made countless memories. He was their biggest supporter and cheerleader. Within the family circles, he was also known as the "Funcle." He loved to make people laugh. His talent for practical jokes was legendary. He was always being blamed for any and all jokes played on others, especially at family reunions. If he wasn't at the center of the chaos, he was always calculating how he might put more chaos into motion. He created excitement in everything he did, and all of his nieces and nephews adored him. He believed that Families are Forever and so are friendships. If you had the privilege of crossing paths with Jeff, count yourself blessed, for he saw greatness in everyone, and was slow to judge even those who judged him harshly. Jeff is truly 'one of a kind' and will be missed and forever loved by all those who knew him. Heaven just received 'The Most Adventurous Man;" his life flows on in all those he touched as he fathered, coached, friended, and loved. Jeff is survived by his wife Merrit; three children, Colton J, Tawni, and Kellen K Bowden; two grandchildren, Blakley Bulloch and Beckham Bishop. He is also survived by his parents; brother, Scott Bowden (Karlene); sisters, Kerry Black (Tony) and Kristy Hammond (Kris); Merrit's parents, James L. and Lynn Grimshaw Clark; Clark family brothers and sisters-in-law; many uncles, aunts, cousins, nieces, nephews, friends; his life-long friend, Roger Clawson (Heather); Jacob and Ellie; as well as all the countless young men he coached on the soccer pitch throughout his career. You were truly his kids. Jeff was preceded in death by his grandparents, Orval and Lucille Wheeler Avery, Wayne and Vera Williams Bowden; younger brother, Derrick K Bowden; and his nephew, Chase Clawson. A family burial service will be at the Milo, Idaho, Cemetery on Friday, May 7, 2021, at 10:00 a.m. All are invited to celebrate Jeff's magnificent life on Saturday, May 8, 2021, at 1 p.m. at the Enoch Stake Center, 2233 East Village Green Road, Enoch, UT 84721. The family wishes to thank all who were involved in Jeff's rescue efforts and recovery, including The Kane County Sheriff's Office, DPS Aero Bureau, Kane County Sheriff's Technical Rescue Team, and Shelly Bassett. Condolences may be sent online to the family at www.woodfuneralhome.com. Jeff 2/3/1966 - 4/25/2021Bowden