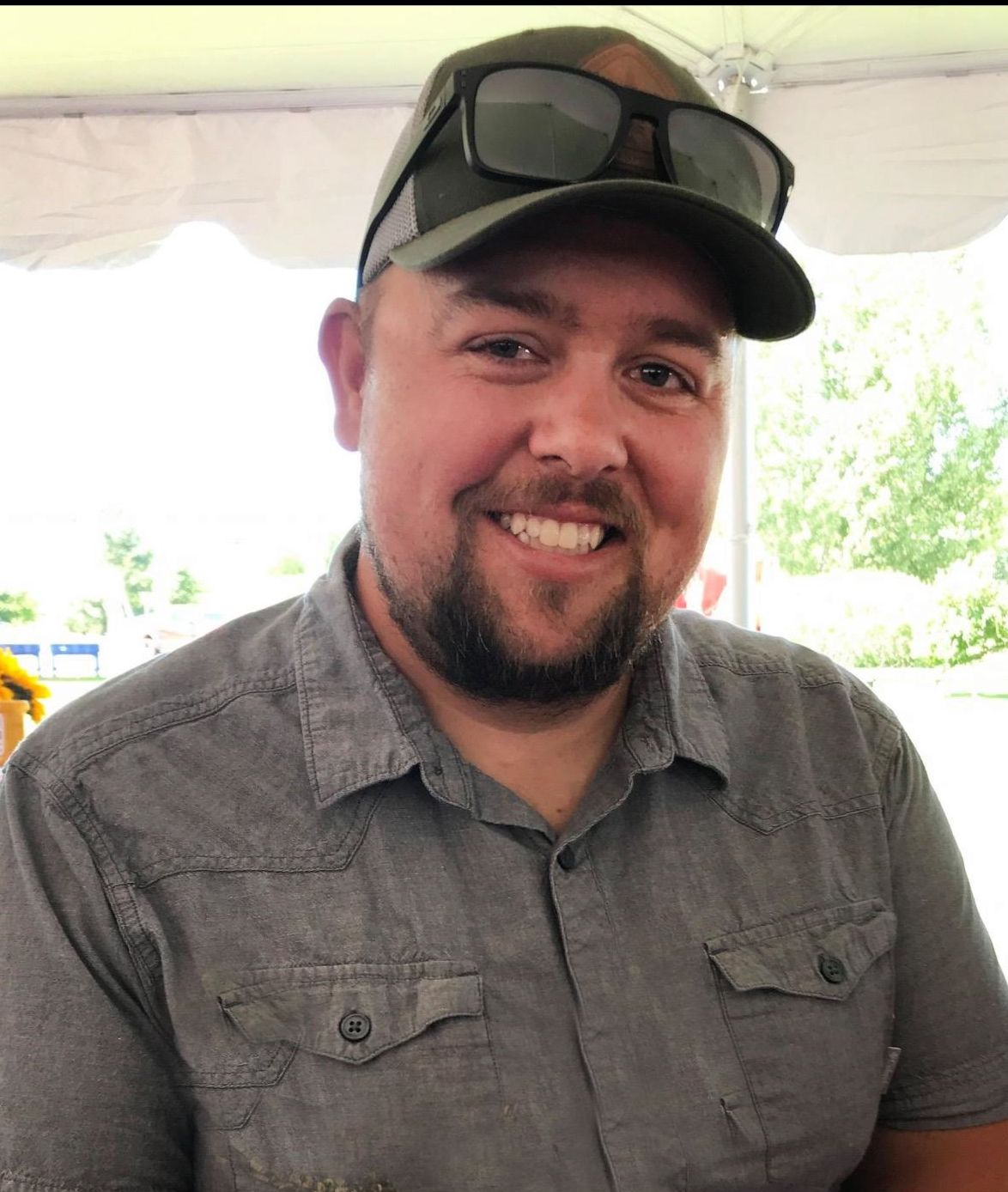 Brian Dixon was born on August 13th, 1987 to Bill and Daniele Dixon in Idaho Falls, Idaho. He passed away and joined God on November 4th, 2019 surrounded by his family after an incredibly courageous battle with leukemia. Brian was the oldest of three boys and raised on his family farm in the Osgood area. He graduated from Skyline High School and moved up to The University of Idaho to pursue a degree in Ag Business. While at The University of Idaho he met the love of his life, Kylie Brown. Brian and Kylie both graduated from The University of Idaho and moved back to Idaho Falls and married in July of 2013. Brian was a true farmer. He loved being in the tractor, working with his dad and brothers. Brian's dream was to build up his farm, build a house on the property and raise his family the way he was raised. Brian had a passion for family, and there was no friend to him that wasn't just that. Everything Brian did was always in the interest of others. He was always looking for a way to help someone else. In 2016 Brian and Kylie welcomed Sawyer Dennis Dixon to the world. Sawyer was Brian's world and he devoted everything to him. He spent a lot of time taking Sawyer for four-wheeler rides, tractor rides, feeding the pigs and cutting hay. Brian's motto was "the more the merrier" and was constantly inviting people over for dinner or BBQs at his home. He had a passion for bringing people together and lifting people up. Brian also had extremely close relationships with all of his many cousins. Growing up on the farm together, going to college together and growing their families together. He was always so proud of the relationships he had with all of them. Through all of Brian's life he remained strong in his faith, always putting God first and trusting in his plan. Brian was confident he was here for a bigger purpose and took pride in fulfilling that. Brian is survived by his wife, Kylie Dixon and son, Sawyer Dixon. His parents, Bill and Daniele Dixon. His siblings, Evan (Jaidon) Dixon and Trevor Dixon. His niece, Londyn Dixon. Grandparents, Neal and Jayne Campbell and Virginia and John McAffee. He is also survived by each and every cousin that shaped him into who he was. He is preceded in death by his grandmother; Tina Dixon, grandfather; William Dixon, Uncle: Tom Dixon, Aunt; Holly Woodcock, cousin; Owen Dixon. A visitation will be held at Buck Miller Hann Funeral Home (825 E 17th St, Idaho Falls, Idaho 83404) in Idaho Falls on Friday, November 8th from 6pm-8pm. There will be a graveside service at New Sweden Cemetery in Idaho Falls on the morning of November 9th at 11am followed by a Celebration of Life at Riverbend Ranch (2880 N 55th W, Idaho Falls, ID 83402) immediately to follow. In lieu of flowers the family wishes donations be made to the Brian D. Dixon Memorial Ag Scholarship Endowment at The University of Idaho (You can make donations to the scholarship by using this link www.uidaho.edu/BrianDixon or calling (208)885-4000) or donate to his son, Sawyer Dixon's, education fund at Idaho Central Credit Union. Brian 8/13/1987 - 11/4/2019D Dixon