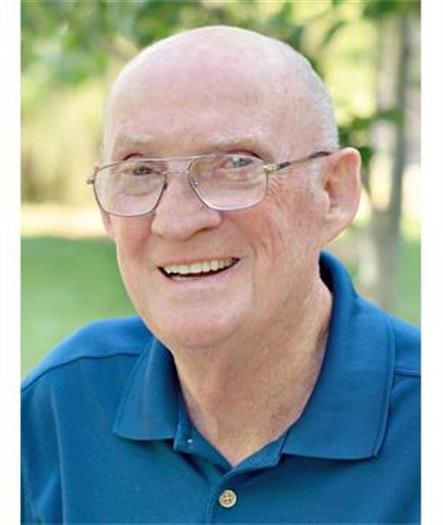 Garry Leon Fife passed away in his home on Tuesday March 24, 2020. He will be joining his beloved wife Joann. He is survived by his three children, Rhonda Johnson, Cindy Fife, and D.J. Fife. Born on November 17, 1939 to Thelma Blair Fife and Arthur Ruben Fife, Garry was the youngest of three boys. After high school, he joined the Navy and gained the rank of Signalman 1st class. After leaving the military he met and married his wife of 50 years, Joann. He then worked in finance before transitioning to a Radiological Controls Technician at the Idaho National Laboratory before retiring in 1995. A cherished Papa to his three grandchildren, Katie, Brody, and Shelby, Garry was a charming man with a penchant for singing whatever came to his mind, be it popular music or silly tunes of his own creation. A great lover of poetry, Garry would bribe both his children and his grandchildren to memorize and recite poems. Countless summer days were passed on golf courses where he not only introduced all of his children and grandchildren to the sport, but where he also gained many "tee mates." Garry chose not to have a funeral and opted for a small service for his closest friends and family. Funeral arrangements are under the direction of Nalder Funeral Home in Shelley. Condolences may be sent to the family at www.nalderfuneralhome.com. Garry 11/17/1939 - 3/24/2020Leon Fife