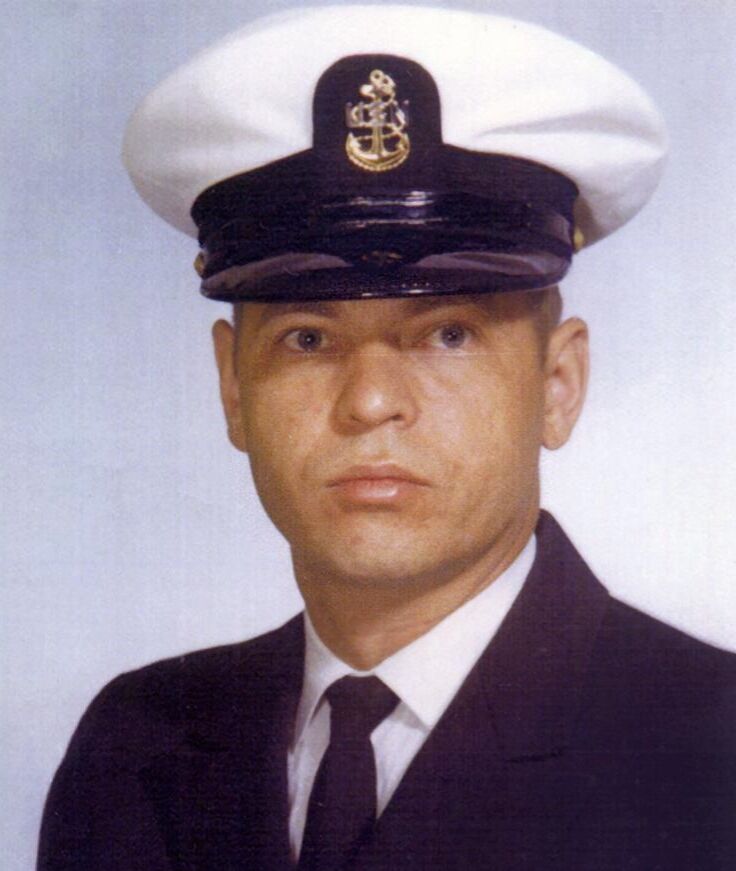 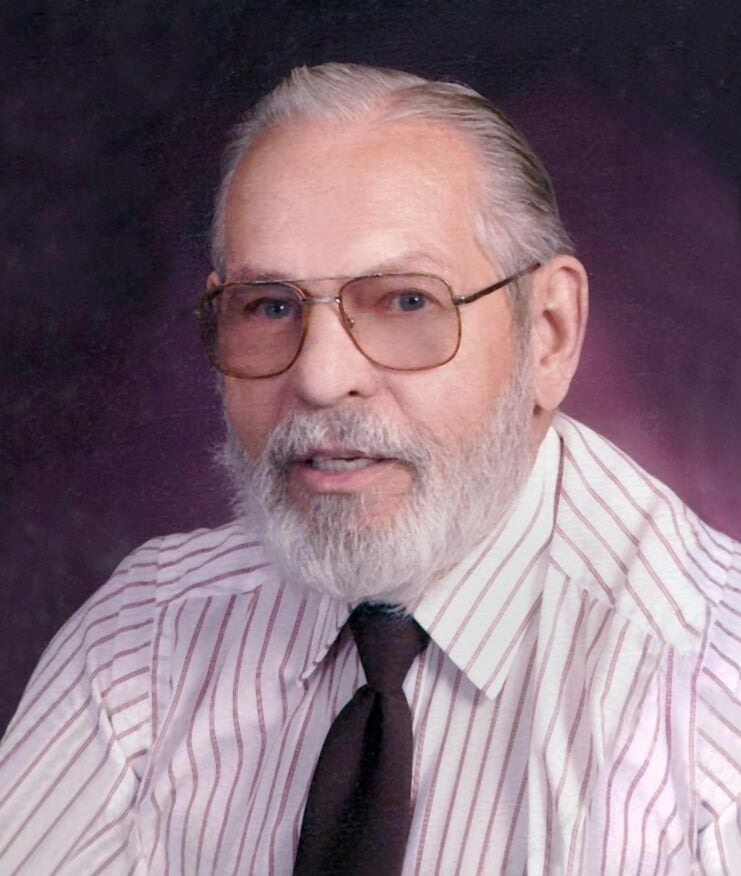 Axel Dean Hallan, 84, of Idaho Falls, passed away April 2, 2021, Good Friday, at his home after a courageous battle with Alzheimer's disease. He was under the care of One Source Hospice. Dean was born May 5, 1936, at his home in McLean County, North Dakota, to Axel Hallan and Alice Butterworth Hallan. He graduated from Turtle Lake High School and attended Jamestown College. He faithfully served in the United States Navy for 22 years, eventually achieving the rank of Master Chief Petty Officer. He served on the U.S.S. Enterprise CVA(N)65 for many years and was on the first team to start the nuclear reactors on board. On January 16, 1964, he married Elvera Mary Cucchiara in Pocatello, at St. Anthony's Catholic Church. After retiring from the Navy, Dean and Vee made their home in Idaho Falls, Idaho, where Dean worked at the INEL site as a nuclear engineer, operating various test reactors including ETR and LOFT, and eventually managed the WERF waste reduction facility. He was a member of the Catholic Church and regularly attended services at Christ the King Church while he was able. Dean is survived by his loving wife, Elvera "Vee" Hallan of Idaho Falls, ID; son, Michael (Marla) Hallan of Walla Walla, WA; son, Anthony (Tamarra) Hallan of Boise, ID; son, Christopher (Shyra) Hallan of Palouse, WA; honorary son, Bryan (Katrina) Forsmann of Idaho Falls, ID; stepsister, Terry Carmichael of Blackfoot, ID; 6 grandchildren, and 2 great grandchildren. He was preceded in death by his father, Axel Hallan; mother, Alice Hallan; and all of his siblings, 3 sisters and a brother. A funeral mass will be held at 1:00 p.m. Saturday, April 10, 2021, at Christ The King Catholic Church, 17th and Woodruff Avenue, in Idaho Falls, with Father Ron Wekerle officiating. A rosary will be held Friday evening at 6:00 p.m. at Wood Funeral Home, 273 North Ridge Avenue, with a visitation to follow until 8:00 p.m. Burial will be in the Ammon Cemetery. An informal gathering will be held at the family home after burial services, from approximately 4:00 to 6:00 p.m. Please adhere to all current health protocols. In lieu of flowers, the family suggests donations to St. Vincent De Paul. Military Rites will be performed by the Bonneville County Veterans Memorial Team and Navy Honor Guard. Condolences may be sent to the family online at www.woodfuneralhome.com. Axel 5/5/1936 - 4/2/2021Dean Hallan