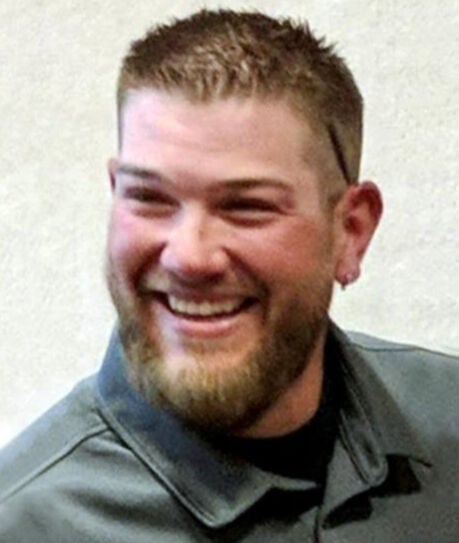 Tyson John "TJ" Harper, 31, of Idaho Falls, passed away January 9, 2021, at his home. TJ was born June 22, 1989, in Idaho Falls, Idaho, to Melissa Dawn and Rodney Harper. He grew up in Idaho Falls and graduated from Skyline High School. On July 30, 2016, he married Holly Ray Holder in Idaho Falls. Together, they raised two children, Thomas and Braxton. TJ and his family lived in Idaho Falls where he worked for Ryan Ellis Construction and as the bar manager at Bowlero. TJ was a member of The Church of Jesus Christ of Latter-day Saints. He inherited the love of bowling from his mother and step-father and was an avid Green Bay Packers fan. He also enjoyed the outdoors, especially camping and fishing. He was more known for his smile and the great hugs that he gave. TJ had a vibrant personality. If you were his friend, you were TJ's family. There was nothing TJ wouldn't do for his family. TJ is survived by his loving wife, Holly; sons, Thomas "Tom Tom" John Harper and Braxton Craig Hall; parents, Melissa Adams of Idaho Falls, ID, and Rodney (Heidi) Harper of Rigby, ID; step-father, Terry (Elisa) Smith of Idaho Falls, ID; brothers, Jason (Chrissy) Harper, Austin Harper, and Kaden Harper, all of Idaho Falls, ID; step-siblings, Jessilee Burton of Idaho Falls, ID, and Kelsey (Kendra) Smith of Huntington, IN; grandmother, Barbara Harper of Idaho Falls, ID; and grandparents, Dennis and Sharon Howe of Idaho Falls, ID. He was preceded in death by his grandfather, David L. Harper; great-grandparents, John & Helen Howe and Don & Rita Sholder. A public visitation will be held from 12:30-1:30 p.m. Friday, January 15, 2021, at Wood Funeral Home, 273 N. Ridge Avenue. Due to Covid-19 precautions, the service will be limited to guests by invitation-only, but will be broadcast live at 2:00 p.m. at www.woodfuneralhome.com. Burial will be in the Annis-Little Butte Cemetery. In lieu of flowers, a memorial fund has been set up on Venmo: @caraharper. It will be available through January 25th. All funds will be given to Holly and her children. Donations can also be made to the TJ Harper Batman Jr. Bowler Scholarship Fund on behalf of TJ. Donations slips will be available at Wood Funeral Home or at any Bank of Idaho branch. Condolences may be sent to the family online at www.woodfuneralhome.com. TJ 6/22/1989 - 1/9/2021Harper