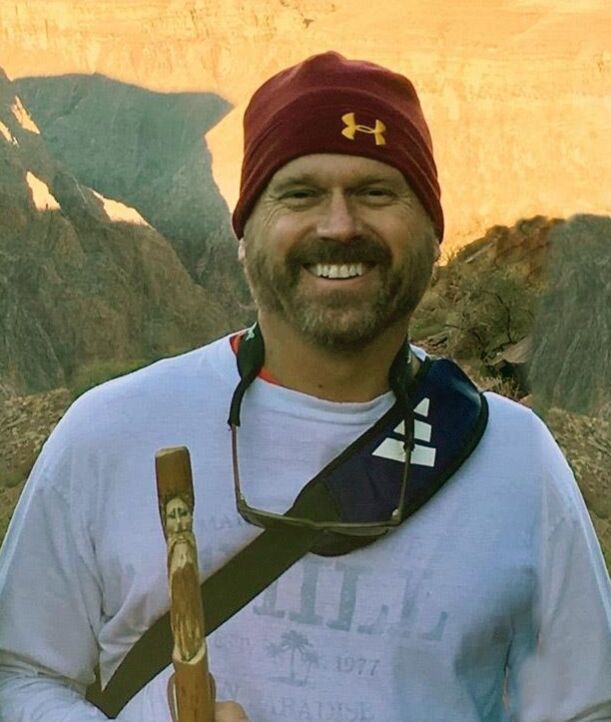 Steven Carvel Heaton, 53, passed away Thursday July 9, 2020, in Phoenix, Arizona, after suffering a massive brain hemorrhage. Steve leaves behind two amazing sons, Billy and Robby. Steve was born June 10, 1967, to Wayne and Barbara Heaton in Idaho Falls, Idaho. Steve joined his brother, Scott Wayne, and sister, Nancy. The Iona Hill, east of Idaho Falls, made a perfect place for Steve to grow up. His brother and sister welcomed him with open arms. Living in the country suited him just fine. He loved animals and raised every kind available, including chickens, goats, ducks, geese, lambs, and his horse "Little Joe." Steve attended school in Iona and graduated from Bonneville High School. He always had plenty of friends. He was a member of The Church of Jesus Christ of Latter-day Saints and served honorably in his youth. He loved being a Boy Scout. After earning his Eagle and Order of Arrow, he became a counselor for the scout organizations and spent several summers working at Scout camps. After high school he attended Utah State University, earning degrees in Landscape Architecture and Geology. While at Utah State, he married Heather George. They moved to Albuquerque, New Mexico, where his two sons, William Scott and Robert Carvel were born. His boys were his life. Eventually the family moved back to Idaho, where Steve worked for the Department of Environmental Quality (IDEQ). While working in Idaho, he built his own house, corrals, barn, sheds, arena and landscaped his property while living in lona. He also landscaped his mom and dad's yard. Two years ago he built his mom a fantastic raised garden. When a job opportunity opened up in Arizona, Steve moved his family to Phoenix where he worked for the Department of Environment Quality (ADEQ). His team at ADEQ provided the perfect tribute, stating that "Steve committed his life to the betterment of the environment (which he habitually explored on hikes), his family, and his friends each day, working diligently, courageously, and with an ever-present smile and optimism. He was the kind of person who put others before him and made those who interacted with him feel good." Steve understood what is important in life, which is usually the little things, such as individual interactions, exchanging a kind word, or witty anecdote. Steve committed to environmental protection. In Phoenix, Steve devoted all his time and energy into raising and educating his two sons. They had some fun times and hard times but always knew their dad loved them. Bill graduated from ASU, and Rob has one semester left. Steve loved all sports, but hockey was his favorite. His sons both played hockey and also became referees. Steve never missed a game. He was there to support and encourage them in everything they did. As an environment specialist and a geologist, Steve found the place he loved the very most. The Grand Canyon was his favorite place to explore. He spent countless trips in the canyon exploring the beauty of God's creations. His favorite times were when he took his boys and their friends into the canyon. He welcomed his friends, the boys' friends, and anyone else willing to go with him. He was always up to setting up a base camp and spending several days teaching and exploring his special spot on earth. His boys will always cherish the times with their dad as he taught them through example the things he loved in his short life. Steve loved the Grand Canyon and hiked it too many times to count. His boys said their dad always wanted his ashes taken to the canyon when he passed, so his wishes will be honored. He also loved everything outside; building his first house, running, hiking, paddle boarding and hiking were many of his favorite activities. Steve was a dedicated organ donor and would be happy knowing he gave others a new life. He was able to give life to five people. Steve leaves behind his mom and dad, Wayne and Barbara of ID; his big brother, Scott of WI; sister, Nancy of Boise, ID; his sons, Bill and Rob of AZ; nephew, Nicholas; 2 great nephews, Jonathan and Henry of NC; nephew, Brian of CA; nephew (like a third son to Steve), James of AZ; nephew, Ion; great niece, Audrey of CO; nephew, Alex of CA; niece, Madison; and great nephew, Jackson of CA. Preceding him in death is his grandparents, Olive and Carvel Schwieder; grandparents, Rozella and Vern Heaton; aunt, Sherry; uncle, Wayne; and cousin, Jakelle Westergard. Due to Covid 19, a celebration of Steve's life will be postponed to a time where family and friends may gather safely. To honor Steve's legacy, a memorial has been established in his name at Idaho Central Credit Union (acct 725336656). Any contributions will benefit the Grand Canyon Conservancy and their efforts to preserve the natural wonder which Steve held dear to his heart. Condolences may be sent to the family online at www.woodfuneralhome.com. Steven 6/10/1967 - 7/9/2020Heaton