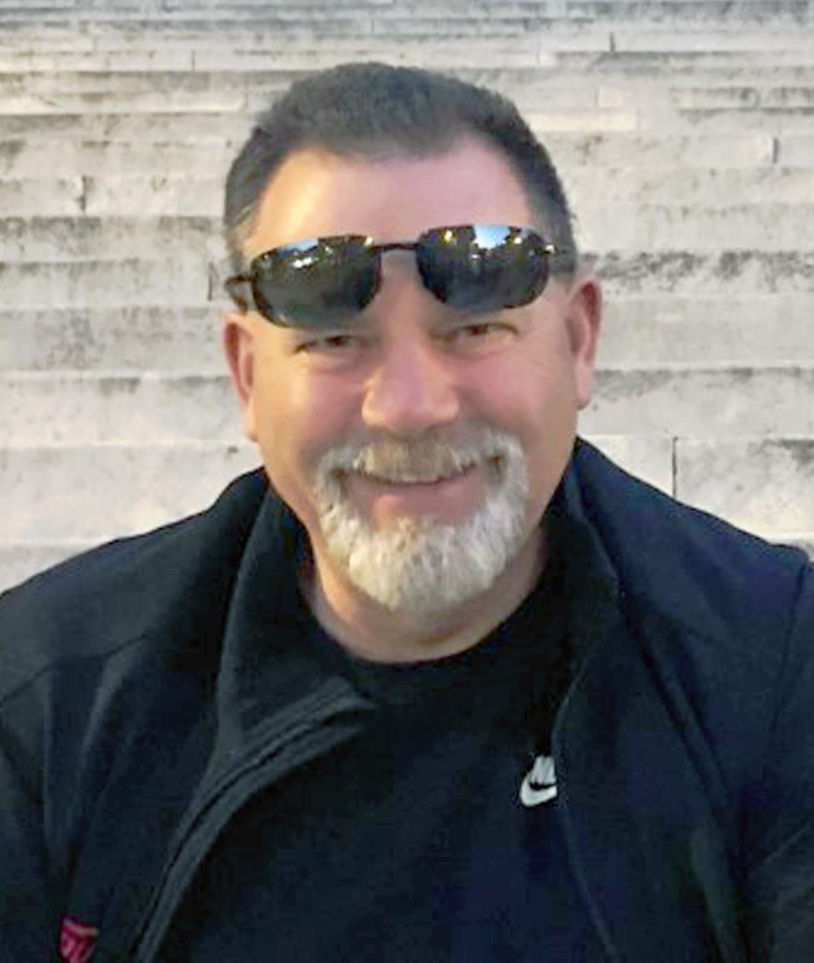 Gary Alan Hoffer was born in American Falls, Idaho, on May 27, 1964, to Lloyd and Marilyn Hoffer. He passed away in Idaho Falls, Idaho, on June 28, 2020. Gary was raised in Idaho, moving to Heyburn when he was about seven with his older brother, Nolan, and younger sister, Deena. He attended Heyburn Elementary where he met his lifelong best friend, Ken Thoren. He was a mischievous boy with a competitor's heart. Riding motorcycles and causing all sorts of ruckus with his siblings was how he spent his childhood. Nothing was off limits, from experimenting with all sorts of food in the kitchen, making rope out of bailing twine, or bringing life back to a burnt-out lightbulb. Gary graduated from Bonneville High School in 1982. Gary and Nolan enjoyed working on, now classic, cars together. Meticulously detailing, adding improvements and hiding dents they made the night before. Nolan recalls buying a 1968 Chevelle Malibu with proceeds of a sale and it being their prized possession, which they added several after market speakers to, a new paint job, and countless car washes together. While not seen often, Gary had a strong bond with his eldest half brother, Brad. They enjoyed outdoor activities and Gary always made it a point to be in touch with him. Gary met Jill Stanger in 1981, swooning her over with his Chevelle Malibu. Gary and Jill welcomed their first son, Todd, in December 1981, Ashley in December 1984, Kaleb in February 1989, and Skyler in April 1990. He moved to Moses Lake, Washington, in 2001, shortly after he met the love of his life, DeeDee, and they married in 2004 in Jackson Hole, Wyoming. They lived in Moses Lake until Kaleb, Skyler, Kortney (DeeDee) and Kenny (DeeDee) were grown, and later moved to Pasco, Washington. Gary spent the majority of his adult career in potato equipment sales. He had great opportunities to travel, through his employer, by displaying his powerful work ethic, knowing his products, and becoming the best of the best. He traveled to Germany several times. He enjoyed spending his time with his children, grandchildren, friends, and family. Some of his hobbies were snowmobiling, hunting, dirt biking, spending time at the cabin in Cascade, Idaho, traveling, and eating whatever his bride would make for him. Gary always got it done, affectionately called "puttering," looking for any project to work on, he had a tool for each one. He made everyone feel welcome, loved and part of his life. Gary lived life on his terms and to the fullest. Gary was a born leader and you never felt lost in his presence. He will be deeply missed by so many. Gary is preceded in death by his grandparents, Helen and Lloyd Hoffer and Madge and Floyd Jolley; and granddaughter, Elli (Todd & Kayla). He is survived by his wife, DeeDee; son, Todd (Kayla); daughter, Ashley (Joshua); son, Kaleb (Cassie); son, Skyler (Ashley); stepdaughter, Kortney (Kyle); and stepson, Kenny. Gary is also survived by his parents, Lloyd and Marilyn Hoffer; older brother, Nolan (Monica); younger sister, Deena (Ben); older brother, Brad (Patsy); 14 grandkids: Lain, Hayden, Konrad, and Tyson (Todd and Kayla); Helayna and Amber (Ashley and Joshua); Kate and Kennedy (Kaleb and Cassie); Addisyn, Kolbie, and Kenzie (Skyler and Ashley); and Devon, Kyla, and Ruger (Kortney and Kyle); nephews and nieces, Josh and Britney (Nolan and Monica) and Kaylee and Cameron (Deena and Ben). Funeral services will be held at 11:00 a.m. Saturday, July 4, 2020, at Wood Funeral Home East Side, 963 S. Ammon Road. Due to COVID-19 protocols, this service is by invitation only. A public viewing will take place from 10-10:45 a.m. prior to services. Again, due to COVID-19, please monitor and limit your time to help everyone be welcome at the public viewing. In lieu of flowers, please consider donating to the West Mountain Snowmobile Club, PO Box 959, Cascade, ID 83611, and drinking a Banquet Coors in his honor. Condolences may be sent to the family online at www.woodfuneralhome.com. Gary 5/27/1964 - 6/28/2020Alan Hoffer