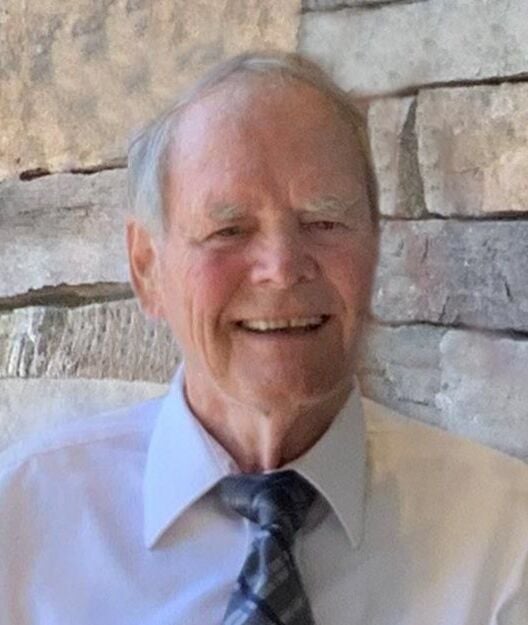 Jerry Matkin Hoggan, 77, of Ammon, Idaho, passed away peacefully on April 11, 2021, at his home. He was surrounded by his loving family. Jerry was born January 13, 1944, in Portland, Oregon, to Robert Morn and Blanche Matkin Hoggan. He was the second of four children and the family moved to Idaho Falls when he was 2 years old. He attended several schools in Idaho Falls, graduating from Idaho Falls High School in 1962. Jerry served a mission for The Church of Jesus Christ of Latter-day Saints in Scotland from 1963-1965. Upon his return, he attended technical school and became an electronics technician. He met and married Valene Nelson on December 30, 1969, in Reno, Nevada. They were later sealed in the Idaho Falls Temple on July 5, 1972. Jerry spent most of his career working at the Idaho National Engineering Laboratory. One of his proudest achievements were the patents that he received from his research. He later attended the University of Idaho and earned his Bachelor's Degree in 1993. He retired in 2009. Jerry was a member of The Church of Jesus Christ of Latter-day Saints and served in many callings. One of his favorites was working with the scouts. He loved the outdoors: camping, hunting, and fishing, but his greatest love was his family. He is survived by his wife, Valene; his five children: Robert (Katie) Hoggan of North Logan, UT, Kristi (Kelly) Allen of Billings, MT, Becky (Neil) Merrick of Clinton, UT, Sheli (Kent) Field of Logan, UT, and Debbie Hoggan of Providence, UT; 15 grandchildren: Lyndsey Allen, Amy (Cam) Sorensen, Elder Caleb Allen (currently serving in the Texas, Dallas West Mission, Spanish speaking), Jenna Hoggan, Madison Merrick, Mckenzie Allen, Brooklyn Merrick, Jonathon Allen, Megan Merrick, Justus Field, Kiersten Merrick, Sydney Field, Nora Field, Avery Field, and Zeke Field; sister-in-law, Cecelia Hoggan; sister, Julia (Gordon) Loveland; and brother, Steve (Ruth) Hoggan. He was preceded in death by his parents, Robert and Blanche, and his older brother, Bruce. Funeral services will be held at 11 a.m. Saturday, April 17, 2021, at the Ammon 8th Ward, 2055 S. Ammon Road. The family will visit with family and friends Friday from 6-8 p.m. at Wood Funeral Home East Side, 963 S. Ammon Road, and Saturday from 10-10:45 a.m. prior to services at the church. Interment will be in the Ammon Cemetery. In lieu of flowers, donations may be made to the Idaho Falls Humanitarian Center, 1415 Northgate Mile, Idaho Falls, ID 83401. Condolences may be sent to the family online at www.woodfuneralhome.com. Jerry 1/13/1944 - 4/11/2021Matkin Hoggan