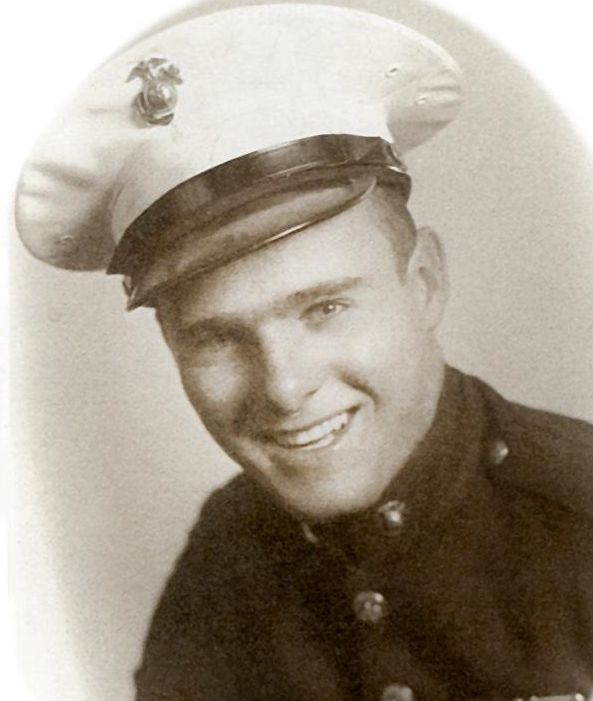 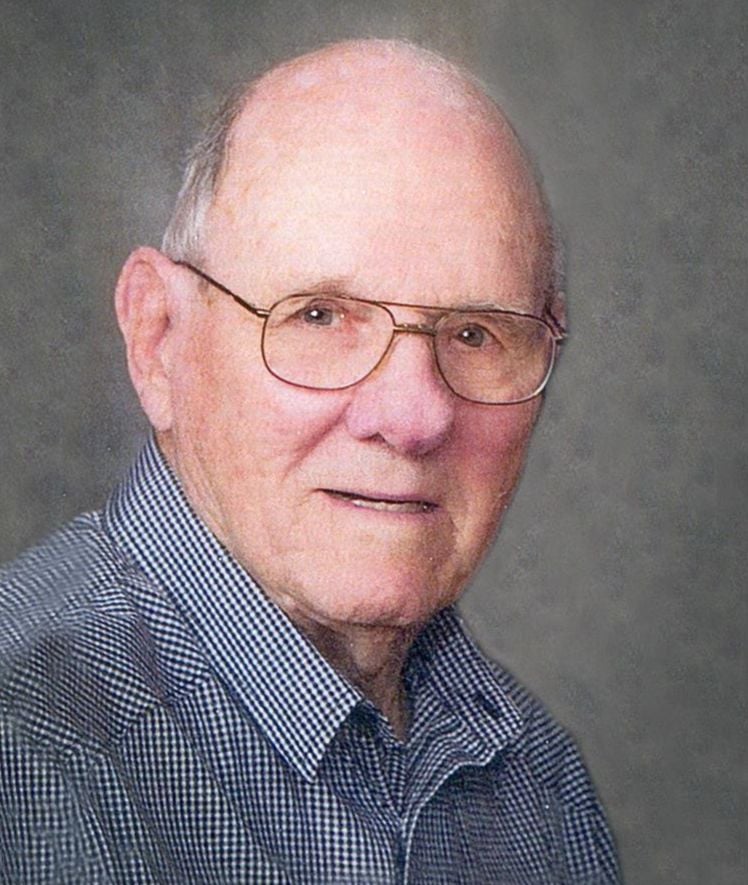 Barton W. Ingram, 99, passed away in his home surrounded by loved ones on Jan. 13, 2020. He was under the care of Hospice of Eastern Idaho and also family members. Bart was born on July 13, 1920, in Sugar City, Idaho, the 10th of eleven children to Joseph Albert Ingram and Mary Rozelpha Johnson Ingram. He attended Riverside Elementary School, O.E. Bell Jr. High, and Idaho Falls High School where he played on the Jr. Varsity basketball team. His first job as a youth was delivering newspapers for the Post Register. He later worked as an apprentice printer with the Idaho Commoner and liked this job so well that he didn't return to school for his senior year but continued to learn the printing trade which became his life career. In July, 1942, Bart enlisted in the Marines and served until Nov. of 1945, helping to liberate the Island of Guam. While on a 30 day furlough in El Centro, California, he married his sweetheart from Idaho Falls, Nellie Shearer, on June 18, 1943. They were later sealed in the Salt Lake City Temple on Jan. 22, 1945. After the war they returned to Idaho Falls and started their family. They were blessed with four children: Joyce Marie, Larry Barton, Carol Rae, and David Wayne. In 1953, he and a partner, Blaine Morgan, opened up their own printing business, The Falls Printing Co. which became a very successful business, serving Idaho Falls and surrounding cities. From the time of his first printing job until his retirement, he worked a total of 53 years in the printing trade, a trade in which he took great pride. In Nov. of 1956, the family moved from their small, one bedroom home to a new home in Ammon, where he resided the rest of his life. Raising a family, church callings, yard work, and starting a new business kept Bart busy, but content. He was a very loving care-giver for his wife, Nellie, as she underwent heart surgery and complications of diabetes. She passed away in Sept. of 1988, he spent several lonely years until he married Susette Budge, on Feb. 16, 1991. In their retirement years they were able to travel quite extensively to all parts of the world. They also served a one year mission at the LDS Employment Center in Idaho Fall. Once again he faithful cared for a loving spouse until she passed away in Nov. of 2010. Bart loved and appreciated the beauties of nature and his outdoor activities included fishing, camping, hiking, snow skiing, and his favorite, family reunions at Bear Lake, where he was always the champion at horseshoes. He also enjoyed playing ping pong, tennis, watching sports on tv and especially the sports his grandkids played. In his later years he loved playing the card game, NIL, and other games with Larry and his grand kids. Family was most important to Bart and he always found time to be with them. He was certainly a "people person" and lived life to the fullest. Bart was an active, faithful member of The Church of Jesus Christ of Latter-day Saints. He held numerous church callings which he truly enjoyed, including: councilor in the bishopric, ward clerk twice, executive secretary, high priest group leader, Sunday school president, scout master, and even nursery leader. He often said that his testimony of the church was strengthened by the miracle of the first printing of the Book of Mormon. Bart is survived by three children, Larry Ingram of Idaho Falls, Carol Dennett (Dennis) of Idaho Falls, and David Ingram (Tammie) of Saratoga Springs, Utah; 8 grandchildren, and 15 great grandchildren. He was preceded in death by his parents, 10 siblings, 2 wives, Nellie and Susette, daughter, Joyce Fife and her husband, Allen, daughter-in-law, Sherrie Ingram, grandson, Mathew Dennett, granddaughter, Ashlee Dennett, and great grandson, Adam Johnson. Funeral services will be held at 11:00 a.m. Saturday, Jan. 18, 2020, at the Ammon 3rd Ward Building, 2150 Avocet Drive, with Bishop Robert Johnston officiating. The family will visit with friends from 9:30-10:45 a.m. prior. Interment will be in the Ammon Cemetery. Military rites will be performed by the Bonneville County Veterans Memorial Team and the Marine Corps Honor Guard. Condolences may be sent to the family online at www.woodfuneralhome.com. Bart 7/13/1920 - 1/13/2020W. Ingram