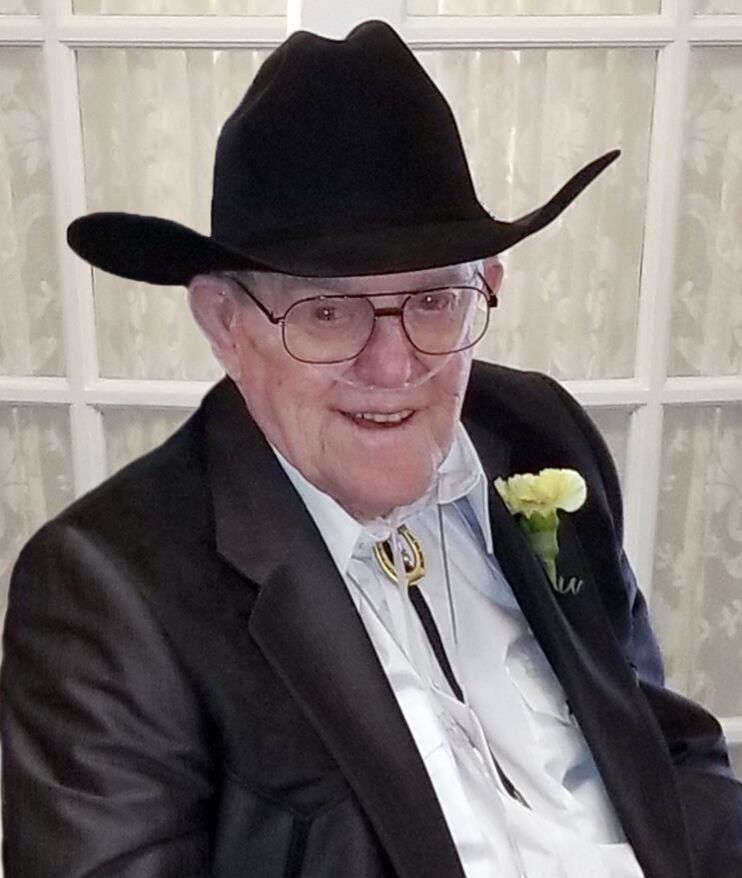 Jack L. Jenkins, 87, of Idaho Falls, passed away November 19, 2020, at Lincoln Court Retirement Community. Jack was born December 29, 1932, in Idaho Falls, Idaho, to Bish Jenkins and Lucille Naylor Jenkins. He grew up and attended schools in Idaho Falls. Jack served in the United States Army as part of the occupation of Germany after World Ward II, and served during the Korean War. He received the National Defense Medal and Good Conduct Metal before being honorably discharged. On April 26, 1957, he married Karen Frandsen in Iona, Idaho. Together they had three children, Maureen, Barbara, and Michael. Jack and Karen made their home in Idaho Falls, Idaho, where Jack worked in sanitation for the city of Idaho Falls, and also worked on the family ranch on the Lewisville highway. He was a member of The Church of Jesus Christ of Latter-day Saints, Elks Lodge, Eagles Lodge, and American Legion. He enjoyed bowling at the Elk's Lodge. Jack is survived by his daughter, Maureen (John Rogers) Jenkins of Tombstone, AZ; daughter, Barbara (Ron) Palmer of Idaho Falls, ID; son, Michael Jenkins of San Antonio, TX; four grandchildren and eight great grandchildren. He was preceded in death by his wife and parents. Funeral services will be held at 11:00 a.m. Wednesday, November 25, 2020, at Wood Funeral Home, 273 North Ridge Avenue, with Justin Palmer officiating. The family will visit with friends from 10:00 a.m. to 10:45 a.m. prior to services. Burial will be in the Rose Hill Cemetery. Military Rites will be performed by the Bonneville County Veterans Memorial Team and Idaho Honor Guard. Condolences may be sent to the family online at www.woodfuneralhome.com. Jack 12/29/1932 - 11/19/2020Jenkins