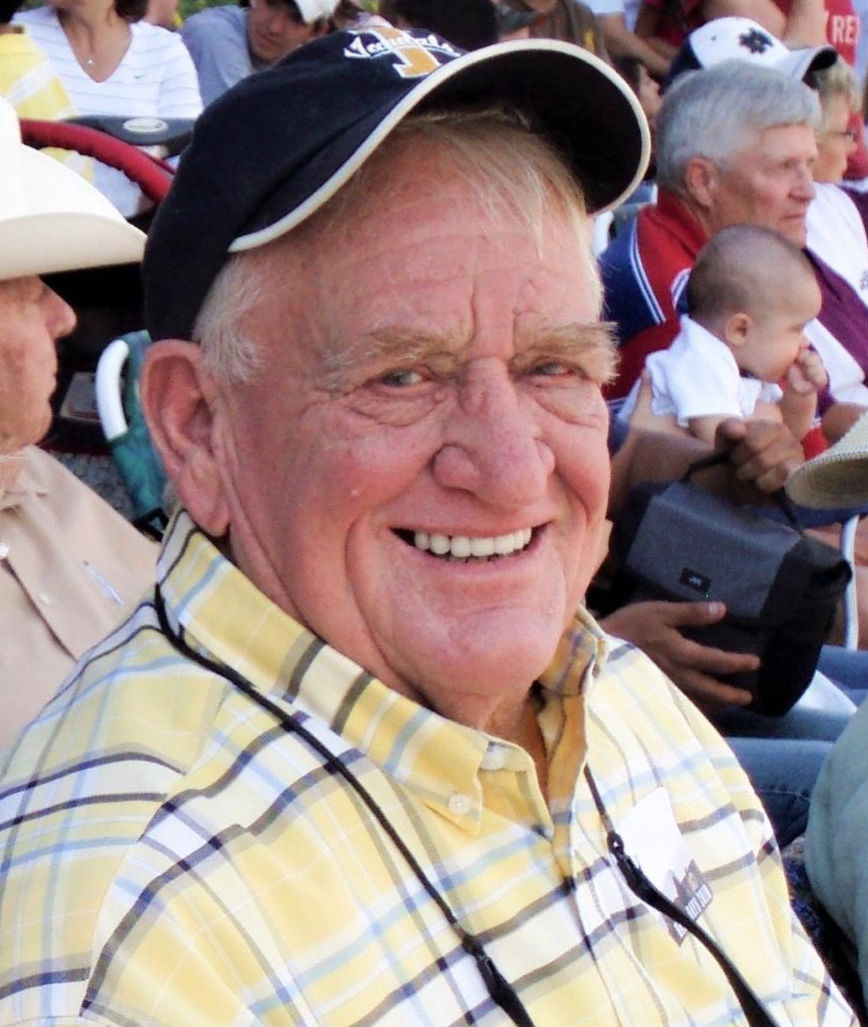 Charles "Reid" Lau, passed away on April 1st, 2020, at the age of 86 due to cardiac arrest. For those who were close to Reid and knew of his clever sense of humor, one would say he has been secretly planning to pass on April Fools Day for years! Reid was born the second of three children to Charles Reid Lau Sr. and Dolly Rita Dunn in Soda Springs, Idaho. The Lau family had helped pioneer and settle in Idaho. When Reid began high school, his father relocated the family to a ranch near Dubois, Idaho. Reid fondly remembered being transported with his sister, Margaret, to school through drifts of snow in a sheep wagon pulled by a team of horses. In 1949, the family purchased a home in Idaho Falls, Idaho, so that the children were within the reach of a Catholic church. Reid graduated from Idaho Falls High School in 1952 and then attended the University of Idaho. Reid was the president of the Gamma Beta chapter of Kappa Sigma Fraternity. He also represented the University of Idaho as a senator. After graduation in 1956, he remained a loyal Vandal and Kappa Sigma alumnus. He served a 3-year stint in the Air Force and was commissioned as a captain. Reid was first stationed in Japan, then later in Chicago where at a party he met his wife, Ellen Narolewski. The two were married on July 11th, 1959. They celebrated their 60th diamond anniversary with all of their 95 guests in the summer of July 2019. After leaving the Air Force, Reid worked with his dad (Cockeye Land and Livestock) at their properties in Mud Lake, Idaho and Dubois, Idaho where Reid served as a County Commissioner for Clark County. In 1973, they sold the Idaho ranch and purchased The Rio King Ranch in Kings River, Nevada. After the ranch was sold, he and Ellen purchased a small ranch property in Bellevue, Idaho in 1994. Eventually, Reid and Ellen became snowbirds and fled to the warm sunshine state of Arizona where they became permanent residents in Sun City West. They enjoyed golfing, playing duplicate bridge, and socializing with their friends. He is remembered as a very social, quick-witted and loveable man forever known as a wonderful husband, father, uncle, and grandpa. He will forever be treasured by many. Reid was preceded in death by his father and mother. He is survived by his wife, Ellen; daughters, Margaret Gabica (Choch), Dolly Martin (Scott) and son, Stan; five grandchildren, Hanna Wroten (Jerry), Karli Gabica, Kasey Lau, Jake Thacker, and Cheyenne Gabica; and sisters, Margaret Johnson & Sally Lau;. Additionally, he is known as a loving uncle to several nieces and nephews. Charles 11/26/1933 - 4/1/2020Reid Lau