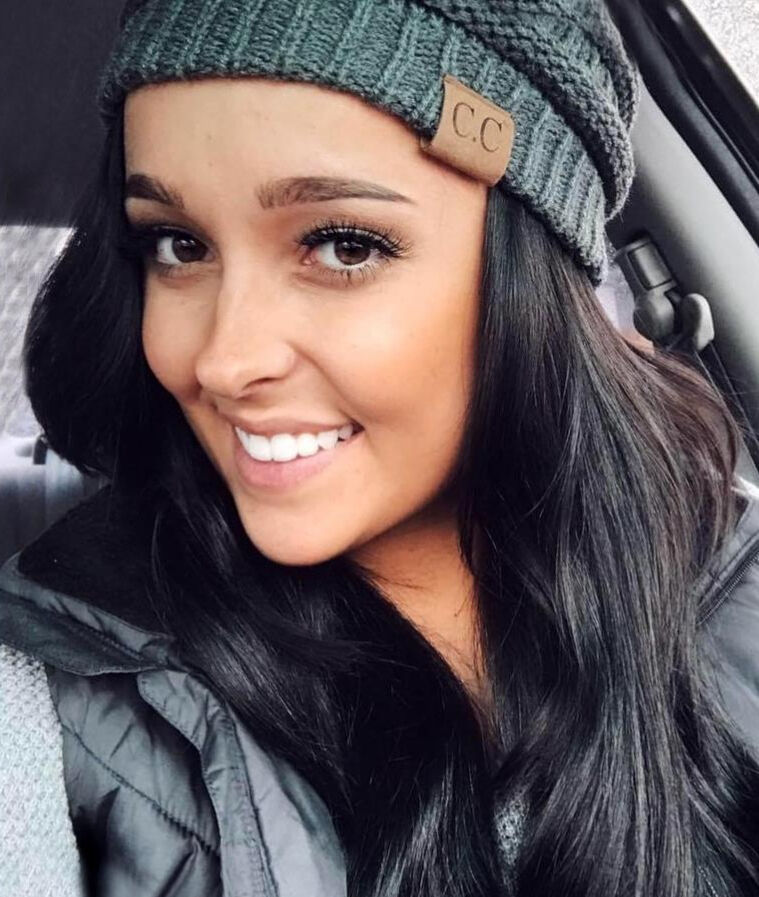 Sarah Elizabeth Lenon, 24, of Idaho Falls, passed away October 18, 2020, in an automobile accident by the side of her best friend, Allie. Sarah was born to Gary and Patricia (Jones) Lenon on May 3, 1996. Sarah had a soul so bright and magnetic, she made friends everywhere she went. Her sense of humor was unmatched, and her many friends will be the first to attest to that. Sarah spoke sarcasm and dry humor as a second language. She loved nights in with a glass of wine and her dog, Jon, with whom she adopted with her boyfriend Justin Cope, as well as nights out with her coterie of amazing and supportive friends (which are far too great in number to list here). One of these amazing and supportive friends was Allie Dalessi. They were truly inseparable and lifted each other up through life's troubles. Sarah was an incredible sister. Being a twin, she and her sister Lexie held a special bond and were inseparable as children and had each other's backs even to this day. Together they grew up playing with the neighbor kids in the fields by their home. Later, it was baseball, soccer, and team ski racing at Kelly Canyon. Being conceived through IVF, Sarah and Lexie knew they may have half siblings out in the world somewhere. Through DNA testing, they were led to Tess Chapman. Quickly, they dropped the "half" moniker, as Tess became just as close as a full sister. Sarah, Tess, and Lexie continued to research their ancestry and bonded even more through it. Sarah loved and valued Tess endlessly, and all three were kindred spirits. Sarah attended Templeview Elementary School, Eagle Rock Junior High, Skyline High School, and eventually transferred to Idaho Falls High School to be with her best friend, Allie. They worked together during their high school years at Jaker's Restaurant and later joined the team at Smokin' Fins when the restaurant opened in Idaho Falls. She loved restaurant life and the people in the industry. She knew customer service, could talk to anybody, and had a way of making everyone feel special. She understood teamwork and how to inspire loyalty. She was respected and admired by her amazing manager, Kenny, despite being faced with the challenge of being assistant manager at Smokin' Fins during the Covid-19 pandemic. While working full-time, Sarah drove hundreds of miles per week to attend classes in Pocatello to pursue a degree in Communications at Idaho State University, graduating this past spring. A backyard commencement ceremony was conducted this spring honoring Morgan's high school, Lexie's nursing program milestones, Sarah's undergrad, and Peter's Masters degree achievements. Sarah was an adventurous soul. She traveled to Costa Rica where she repelled down waterfalls and rode ziplines through the jungle canopy. While in Belize she masted the art of negotiating Ambergris Caye in a golf cart and snorkeling with jack fish and nurse sharks at the barrier reef. She spent five weeks backpacking through Thailand as a solo traveler, making new friends as she went. She loved traveling to Mexico to visit her mother at Lake Chapala, Mexico. Sarah was a natural athlete. She was a race-trained alpine skier competing at numerous mountains in Idaho, Wyoming, and Utah. She also was an accomplished dancer spending many years training and performing ballet with the Idaho Ballet Theater group under the direction of Brandy Jenson and Jennifer Teucher. Dance was a true passion of hers for more than a decade. She had a natural stage presence and was a beautiful performer. She is survived by parents, Patricia Jones, Gary Lenon and Danielle Collins; siblings, Lexie Lenon and Tess Chapman; step-siblings, Peter Collins and Morgan Collins; grandmother, Betsey McNary; aunts and uncles, Kirk and Shawna Kirkman, Reese and Laura Jones, KC and Chris Jones, Luther and Linda Jones, Doug and Mary Jones, and Carolyn and Joe Alvarez. She leaves behind cousins, Chesley Jones, Tyler Jones, Blake Jones, Garrett Jones, Michael Larsen, Karissa Jones, Laura K. Jones, Henry Jones, Rhett Jones, Susan Jones, Robyn Jones, Cameron Jones, Bryce Jones, Russ Kirkman, and Kristy Goble. It would be Sarah's sincere wish that you all VOTE. A Memorial Service will be held at 4:00 p.m. Friday, October 23, 2020, at the Hilton Garden Inn, 700 Lindsay Boulevard. A Celebration of Life will follow. Condolences may be sent to the family online at www.woodfuneralhome.com. Sarah 5/3/1996 - 10/18/2020Lenon