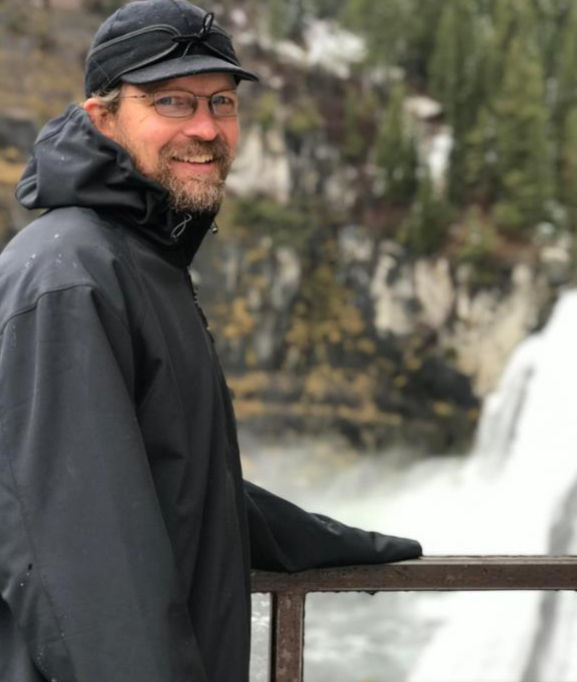 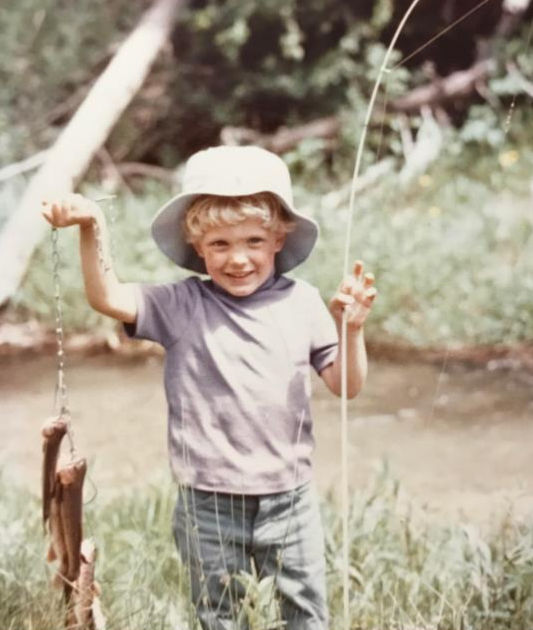 March 25, 1974 - February 8, 2020 Andy, 45, fought his battle with brain cancer with courage to the very end. Andrew Wayne McIsaac was born in Idaho Falls, ID to Edward Eugene and Karan Ann McIsaac. He was the only boy amongst a sea of sisters, seven to be exact. Andy grew up fishing with his dad, camping during the summer with his family, and exploring the great outdoors during annual backpacking trips with his dad and sisters each July. He graduated from Skyline Highschool in 1992. Throughout his formative years, Andy played on various school and travel soccer teams. He was unmistakable with golden curly locks and an infectious laugh. Well liked, you could always find Andy surrounded by a group of friends. Having grown up in a conservative Christian family, Andy took after more of his parents hippie roots. He was a bit of a rebel. His sisters remember him showing up to school with inappropriate messages on his T-shirts, getting suspending from the soccer team for smoking in the school parking lot before a match, and often playing hookie from school. He was once recognized in the Post Register as a hero for putting out a fire with his friends in the Arco desert, only later to coyly confess that theyd accidentally started the fire. Once in junior high he stood on top of his desk and belted out the Beatles hit, Yellow Submarine, when they had a substitute teacher. Later, in the summer of 2000, he married Bobbette, and they had three beautiful children: Cody (now 22), Laurelyn (19), and Maximus (16). They made their home in Shelley, ID. He owned his own drywalling business and worked hard to support his family. On the side, Andy trained to become a tattoo artist and pursued his dream of using the skills he had been cultivating since he was a young boy. Even at a very young age, it was evident that Andy was gifted. In his spare time he sketched creature-like caricatures of his family members, and popular cartoon characters of his childhood. In school he signed up for every art class he could and won many awards for his work. As an adult he continued to sketch and gift his friends and family with his drawings. When he was unable to work, due to cancer treatment, drawing became an outlet for him to process his journey and bring others joy. Andy was passionate about everything he did. According to his mom, the things he loved most in life were a lifelong pursuit that started from the time he was a small boy: fishing, hiking, camping, reading, and drawing. Later in life, Andy discovered arrowhead hunting and nothing could stop him from searching for the next discovery. He and his father, Ed, shared many hours side by side, from sun up to sun down, hiking mile after mile to add points and scrapers and other artifacts to their collections. Andy was a wonderful son, brother, husband, father, and friend to many. The first word many use to describe him is kind. He will be dearly missed. Forty-five years was not nearly enough time to spend with him here on Earth. Survived by family members: His wife Bobbette; children Cody, Laurelyn, and Max; Parents Ed McIsaac, Karan (Tony) Cassidy; Sisters Madelene McIsaac (Lote), Anne (Mark) Nikirk, Nancy (Abraham) Bates, Joann (Jaren) Meyers, and LeAnn McIsaac (Tomas); Half-sisters McKenzie and Eden McIsaac; Grandmother Carolyn McIsaac; Uncles Dave (Mary Jo) McIsaac, Rich (Terri) McIsaac, Johnny Johnson; Aunts Christy McIsaac, Stephanie McIsaac; Cousins Chrystal (Dustin) McDowell, Dr. Jason Ian (Sara) McIsaac, Ricky (Esmeralda) McIsaac, Daniel McIsaac, Michael (Briana) McIsaac, Jenny Gary) Grant, Charly (Anton boyadjian) McIsaac, Melody Hensley, Courtney (Kris)Freeman, Sarah McIsaac, Richie McIsaac, and Brooke and Amanda Johnson. He was preceded in death by his sister Mary Margaret McIsaac; niece Sabrina Margot Bates; Uncle Chuck McIsaac; Aunt Geri Johnson; grandparents Vivian McIsaac, Lyle McIsaac, Phyllis Baker, and Francis Johnson. Memorial services will be held Sat, February 22nd at 11 a.m., at Nalder Funeral Home, 110 West Oak, Shelley, ID 83274. The family will visit with friends from 10-11a.m., prior to the service. In lieu of flowers feel free to bring a potted house plant. Donations accepted through their GoFundMe. https://www.gofundme.com/f/Brain-cancer-sucks-McIsaac?utm_medium=copy_link&amp;utm_source=customer&amp;utm_campaign=p_na+share-sheet&amp;rcid=08a7516caabd47f586cff97ad44aed59 Andrew 3/25/1974 - 2/8/2020Wayne McIsaac