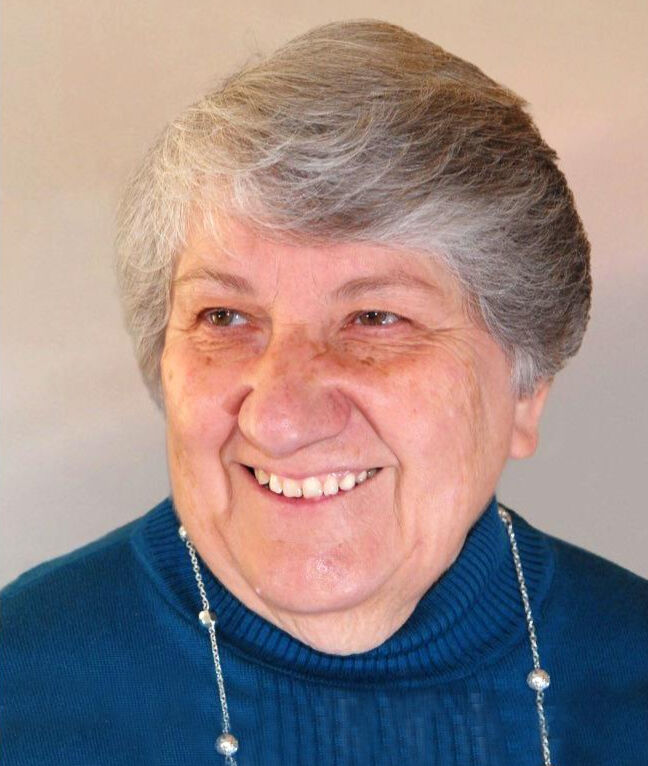 On Sunday morning, January 10, 2021, Barbara Gayle Ovard Rawlins, daughter of William Grant and Eva Mariam Davis Ovard, left her home in Provo, Utah, to return home to heaven. Barbara was born in Idaho Falls, Idaho, on September 3, 1938, the youngest sister to Joan Mariam Ovard, Mary Lou Ovard Humphrey, and Lola Mae Ovard Bird. From an early age, Barbara cherished both God and family and felt especially close to them in Island Park, Idaho, where she summered at the family cabin, worked at Pond's Lodge, and spent every spare moment in the Buffalo River—resulting in a life-long love of water fights. She would affirm that even dipping a toe in its waters will heal anything that ails you. She attended school in Idaho Falls where, on the last day of junior high, a mutual friend introduced her to a "country boy"—a match made in heaven. From then on, Barbara and John Kay Rawlins were inseparable. Their friendship led to marriage and sealing in the Idaho Falls Temple on August 22, 1958. Barbara graduated from Idaho Falls High School and then the University of Idaho with a degree in Home Economics Education and immediately put those talents to work nurturing and raising her children: Laurie (Brent) Nelson of Nampa, Idaho; Rick (Anthony Waite) Rawlins of Swampscott, Massachusetts; David (Teresa) Rawlins of Henderson, Nevada; Carrie Rawlins of Provo, Utah; Nathan (Bridget) Rawlins of Lehi, Utah; and Mark (Andi) Rawlins of Lehi, Utah. Her family has grown to include fifteen grandchildren: Steven, Daniel, Ben, Becca, Elisa, Emily, Amanda, Allison, Kayla, Maren, Ethan, Cole, Liam, Oliver, and Owen-plus eleven, and soon-to-be twelve, great-grandchildren. Her love for God was shown in many ways, including service in The Church of Jesus Christ of Latter-day Saints. From Den Mother to Relief Society President to Stake Primary Presidency—she put her deep faith into action. Some of Barbara's most cherished time serving was alongside John in the Idaho Falls Temple and Visitors Center and in the Bakersfield California Mission. Perhaps of most consequence though, was the love and goodness Barbara shared with everyone in reach- usually with an extra dollop of whipping cream. She devoted herself to honest friendships and was known to wait extra time in a grocery store line if it meant she could catch up with a favorite checker. An accomplished cook and baker, much of her best food was given to others. She made every moment special. Over the past four years, though confined to bed, Barbara continued to show her profound strength. In good spirits, she cheered on the Boston Red Sox and, even more passionately, her beloved family. She will be greatly missed. Because of Covid restrictions, the family will hold a private viewing and graveside service at Fielding Memorial Park in Idaho Falls. A celebration of her life will be held in the future when friends and family can gather. In lieu of flowers, the family has suggested donations to the LDS Humanitarian Fund in Barbara's name at https://philanthropies.churchofjesuschrist.org/humanitarian-services/funds/humanitarian-general-fund. The Rawlins kids would like to thank the many caregivers who have assisted Barbara over the last several years, most specifically Maria and Dad. Condolences may be sent to the family at www.woodfuneralhome.com. Barbara 9/3/1938 - 1/10/2021Rawlins