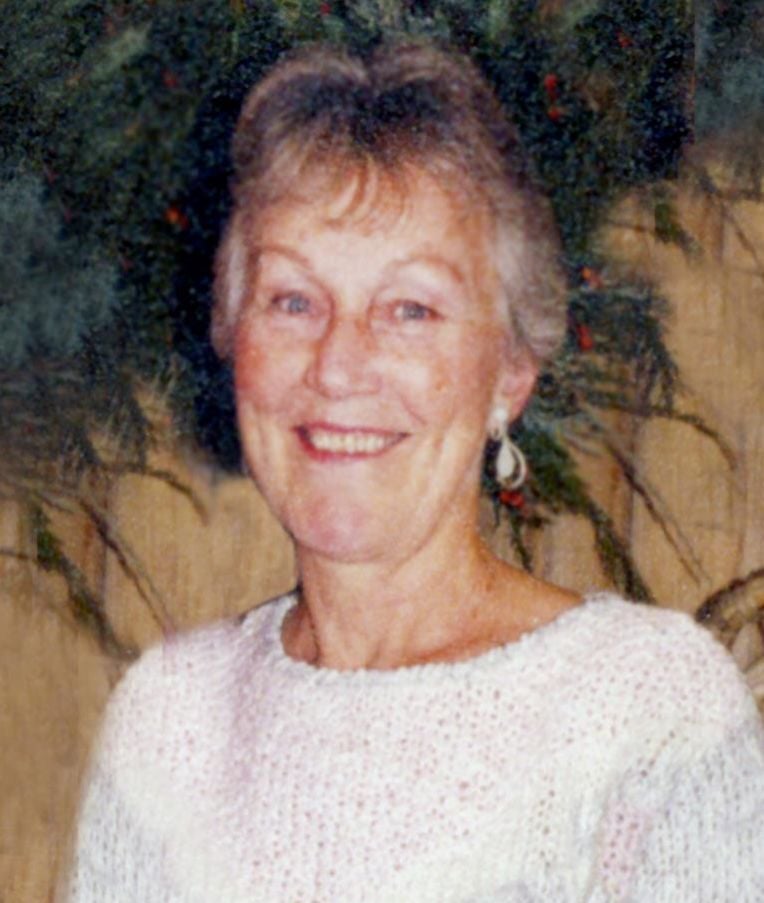 Carol Marie Schmid was born to Belva and Alvin Taylor in Idaho Falls on October 11, 1935. She was the middle of three children born to Alvin Leroy and Balva (Irwin) Taylor. She held her own while playing in the neighborhood with her older brother, Douglas LaMont "Monty" (Eleanor), and his friends. She and her younger sister Donna (Jerry) Gray were best friends throughout their lives. Carol attended Eagle Rock Elementary, Hawthorne Elementary, and O.E. Bell Junior High. She graduated from Idaho Falls High School in 1953. She was part of the high school drill team and played violin for the school orchestra. Carol also met the love of her life, Ronald Eugene Schmid, her sophomore year. The high school sweethearts married on April 3, 1953, and made their home in Idaho Falls. There they raised their four rambunctious boys, Greg (MariAnn), Mike (previously married to Brenda), Steven (Janet), and Ronald. Their boys blessed them with seven grandchildren, twenty six great grandchildren, and one great-great grandchild. Carol was an amazing cook, which was a good thing because keeping four boys full was a full-time job. However, she also found time to work part-time as an administrative assistant at Sears, Kupi 99, and Stardust Motel. She also kept her house feeling homey with her crocheting and gardening. Carol's relationship with God was an important part of her life, and she was baptized into the Jehovah's Witnesses in 2014. She enjoyed attending meetings at the Kingdom Hall, and would make sure she got to listen to meetings via phone when it got too hard to attend in person. Carol was the perfect blend of tomboy and lady. Her spitfire personality, quick wit, and kind heart endeared her to many. She was known for her sense of style and her athletic ability. She loved to dance, and whether on a stage, a dance floor, or in the kitchen, you would often catch her dancing when music was playing. She also loved to bowl and was an avid golfer. She was a member of the Ladies High Five traveling team for several years and was inducted into the Idaho Falls Bowling Hall of Fame in 1983. She was the President of the Pinecrest Golf Course Women's League in 1979, won several golfing awards, and even got a hole-in-one. Carol moved to Challis, Idaho, with her husband in 1992. There they spent their retirement helping to build up the local golf course and Carol volunteered at the not-for-profit thrift store. They created close friendships and Carol was able to enjoy all the secret fishing holes with her friend and neighbor. Carol and Ron returned to Idaho Falls in 2017, to be closer to family and their doctors. They moved into Fairwinds Retirement Center, where they developed great relationships with staff and residents. She enjoyed spending time and meals with "The Girls." Carol transitioned to Lincoln Court's memory care unit after the death of her husband. She bonded with several of the staff and enjoyed some delicious meals in the "fancy restaurant" with her family. Carol passed away in the comfort of her bed, surrounded by her boys on January 11, 2020. She was proceeded in death by her husband Ronald Schmid, parents Belva (Irwin) and Alvin Taylor, a son, Ronald Bruce Schmid, brother, "Monty" Taylor, sister-in-law, Eleanor Taylor, parent-in-laws, Helen (Moody) and Elmer Schmid, sister and brother-in-law, Virginia and Clark Love, brother and sister-in-law, Lloyd and Marie Schmid, and nephew Dennis Taylor. The family is grateful for the care provided to Carol and support given to the family by OneSource Hospice staff. The family would also like to thank the staff at Lincoln Court and Fairwinds for all they did for Carol. Friends and family are invited to a memorial service at Wood Funeral Home East Side, located at 963 S. Ammon Road, Ammon, Idaho, on Saturday, January 18, 2020. Family and friends will meet starting at 10:00 a.m. with the service starting at 11:00 a.m. Condolences may be sent to the family online at www.woodfuneralhome.com. Carol 10/11/1935 - 1/11/2020Schmid