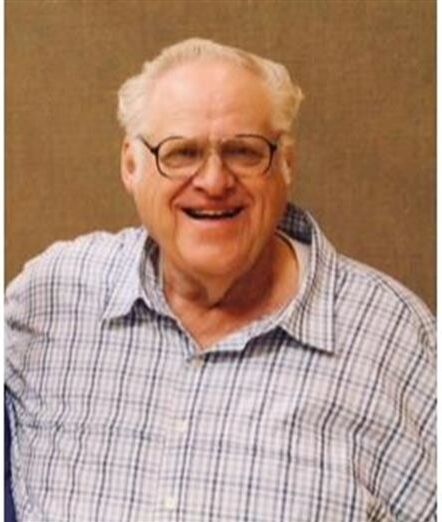 Larry Carter Shuldberg, 79 of Rexburg, Idaho, returned to his Heavenly home with honor on November 28, 2020. He was born November 3, 1941 in Preston, Idaho to Karl H. and Eudora Carter Shuldberg. He graduated from West Jefferson High School in 1960 and attended Weber State College in Utah before serving a 2 1/2 year mission in Sweden. He married Julie Ann Baker Shuldberg in the Idaho Falls Temple in 1965. They later moved to Richfield, Utah where he worked for Pearson's Auto and Trailer Sales. He loved meeting and working with people. In 1973 they moved their family back to Rigby and along with Arlo Fillmore started Shure Motors Truck Sales. After that was sold, he helped his father-in-law install floor coverings and learned the trade, which lead to he and Dennis Baker opening D & L Carpets in Rigby, Idaho for over 30 years. They worked hard but did not forget to have fun along the way. He was a member of The Church of Jesus Christ of Latter Day Saints and served in The Seventy doing missionary work, as well as many years working with the young men, and later serving as bishop of the Rigby 3rd Ward. He loved his church service and those who served alongside him. He could often be found playing basketball in the gym with the youth between his appointments. He will be missed for his fun and teasing sense of humor. His engulfing hugs and for the pride he always took in his grandchildren, he was their biggest fan. He loved to attend big family gatherings and rarely missed funerals, weddings, and virtually any family event, he enjoyed celebrating others. He was noted as one to always have candy in his pockets and would share them with the children at church much to the dismay of their mothers. He is survived by his wife Julie Ann Shuldberg his children Brian (Alison) Shuldberg of Salem, Oregon; Janae (Todd) Peterson of Boise, Idaho; Shon (Holly) Shuldberg of Ashton, Idaho; Jeffery (Claudia) Shuldberg of San Diego, California. They have been blessed with 14 grandchildren and 8 great- grandchildren. He was proceeded in death by his son Kim Larry Shuldberg and his parents. Services are to be held on Thursday December 3, 2020 at 11a.m. at Eckersell Memorial Chapel (101 W. Main Street, Rigby, ID). There will be a brief graveside service on December 3rd 2020 at approximately 12:30 p.m. at the Burton Cemetery. Due to current Covid restrictions there will be no visitation. In-person funeral services will be for immediate family only. Join us for a virtual service at "http://webcast.funeralvue.com/events/embed_viewer/41698" target="_blank">View Funeral Webcast. Condolences can be shared with the family at www.eckersellfuneralhome.com. Larry 11/3/1941 - 11/28/2020Carter Shuldberg